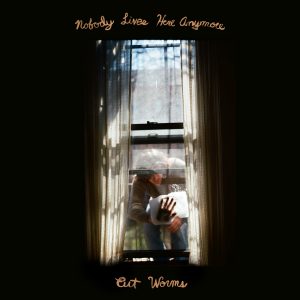 Cut Worms is the work of the Brooklyn-based multi-instrumentalist and singer Max Clarke. This is Clarke’s second full-length project titled Nobody Lives Here Anymore where he paints an elegant picture of American country life through classic country-inspired instrumentals complete with saloon-style pianos and nostalgic pedal steel guitar sounds. The singing on this record is very reminiscent of somewhere between Bob Dylan and The Kinks. Fans of these excellent artists should listen to Clarke’s album, as every element of it comes together to present a photo album of rural America and its countryside.

There is an incredible improvement since his last album, Hollow Ground, which was already a solid piece of work. The instrumentation is a more interesting and exploratory path as he includes more instruments, passages, and influences to shine through with the bass and rockabilly sense that classic rock and roll had. The songwriting and singing on this album have also dramatically improved since his last album, complementing the more complex instrumentation. In the context of our oversaturated mainstream country landscape, this take on the classic country sound is a breath of fresh air in a genre that finally seems to be coming back.

My biggest complaint about this album lies in the fact that it never goes “full Dylan,” producing some eight-minute-long poem with incredible tact and pathos. This isn’t even really a complaint because the album is still great without leaning too far into one influence, and with this album, he makes it through the ‘sophomore album slump,’ since many popular and emerging artist’s second album has not met the expectations set by the first. Part of me hopes he takes a more psychedelic route for his next album, but I know that he will pick a sound that fits him best. Each song in this album is like a picture in a photo book because each tells a separate tale with similar characters. However, it’s much more about the aesthetic and storytelling within the songs. It feels accessible to anyone who has seen America’s long highways and open fields between cities, or those who have been able to witness the American countryside and how true the cliches are.

Taking on a project like creating a double album with seventeen songs is an incredible undertaking that many indie artists don’t want to start because of the cost and risk of creating an album that has too many lackluster songs, but Cut Worms delivers again with almost an hour and twenty minutes of rock and roll country interspersed with psychedelia and pop. If we were not in the middle of a pandemic, I would encourage any fan of Cut Worms to try and catch one of Max Clarke’s live performances because he is personally one of the best performers I’ve seen.