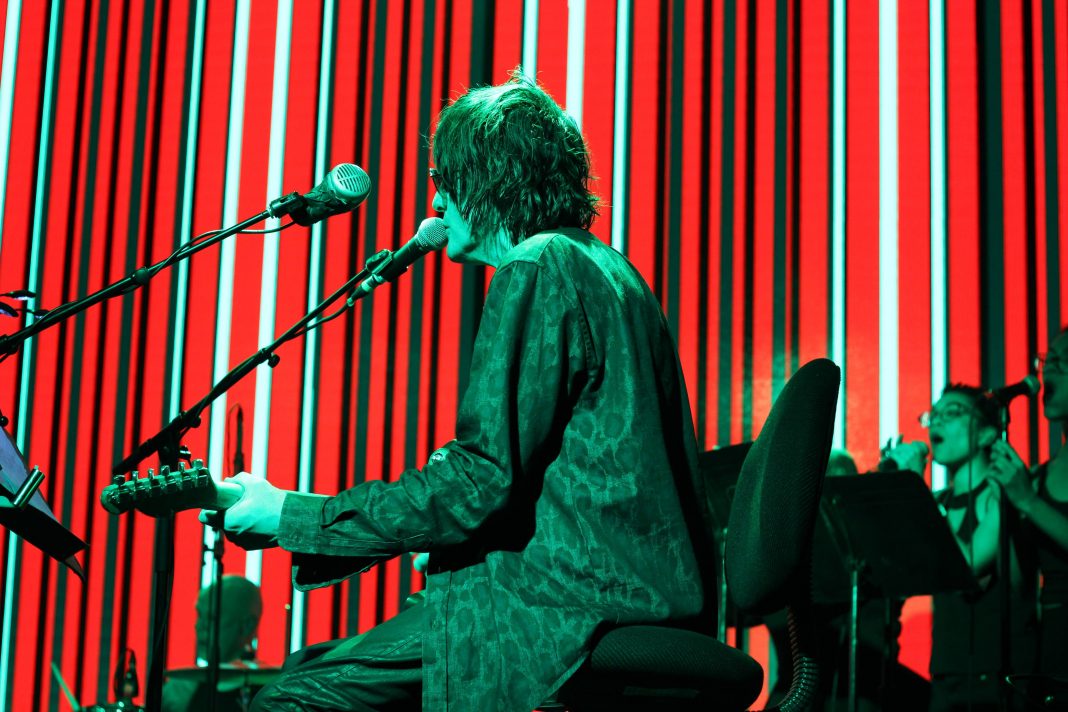 Spiritualized is a band that holds a very high place in my heart, going back to age 16 when I heard “Ladies and Gentlemen We Are Floating In Space” when I was deep into my shoegaze discovery phase and the only song I ever listened to was Slowdive’s “Celia’s Dream”. I remember seeing Slowdive live at Fortress Festival a few years back which was the first time they ever toured in around 15 or so years, but what really drew me in for that performance was the wonder in the audience’s eyes, as if the audience had seen space itself. So when Spiritualized announced their Dallas tour date following the release of “And Nothing Hurt,” I determined that I had to go see them.

Growing up on “Ladies and Gentlemen We Are Floating in Space”, I was expecting a chilly atmosphere and something that made me feel incredibly isolated. What I got was the opposite, and in a very rewarding way. Entering Canton Hall, I immediately noticed the wide age range of the audience, overhearing grown ups talk about their very first time seeing them way back in the day, and it set me up similarly to how I felt for Slowdive.

Then the opening riff for “Hold On” began and the setup, complete with three background singers, creating a texture that I’ve never heard before when just listening through headphones in my bedroom. It felt warm, welcoming, almost like a reunion hug in a way. The visuals provided a nice complement to Jason’s dreamy vocals, alternating between small splashes of colored dots to large bright projections that wouldn’t look out of place at a festival akin to Day For Night. It added gratuitously to the ambience that you were floating in space, not just by yourself, but with an entire population floating alongside you. The band then proceeded to play some bits from “Ladies and Gentlemen We are Floating in Space,” such as “Broken Heart” and “Come Together” before going into the hits from their new album. Jason’s singing and his chilling, isolated voice achieved a nice counterbalance with the background singers’ warm harmonies and the smooth droning of the synths and guitars. Overall, the night felt akin to a parent greeting me home after a long time away, and it’s a feeling that I definitely hope to experience again sometime.