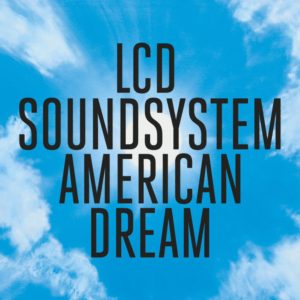 Its 2010 and hordes of crowds in Madison Square Garden are screaming, tears are falling, and LCD Soundsystem has just finished their last set for eternity. Or not. In 2016, headman James Murphy called together the band to see if they were up for some new music, and now its 2017, and we have American Dream, their fourth and possibly last album, so you can guess what they said.

Murphy understands that some find it disingenuous that less than a decade after the demise of LCD Soundsystem (which may or may not have split to raise ticket sales for Madison Square Garden), its back together with an extensive tour on the way. But he kept thinking of new songs to make goddamnit (link to post that explains his thoughts). He had the backing of David Bowie to return, whom Murphy had been working with for Bowie’s final album, Blackstar. Murphy confessed to Bowie that returning made him uncomfortable, but Bowie told him the best things to do are the ones that make him uncomfortable. Don’t know if that advice applies to all situations but in this case despite all the controversy of LCD’s return, American Dream is a fantastic album blending influences of Bowie and 80’s rock with their own indie, dance, electronic style to possibly make their best album yet.

As a whole the album is an angry, intense, wild ride from the kings of dance-punk. Each song on the album brings its own unique twist that range in all styles from electronic, dance, rock, dubstep, and even pop. Well, some songs more reminiscent of 80’s pop like Eurythmics, “Sweet Dreams” or the Talking Heads.

The album starts with “Oh Baby,” a response to Suicide’s “Dream Baby Dream” made famous by Adam Curtis’s film Hypernormalization, Andrea Arnold’s American Honey, and the reproduction by bands such as Pearl Jam and Arcade Fire. The newest reproduction, “Oh Baby” has the same fast-tempo synth introduction that builds into a euphoric, passionate lullaby, but becomes its own uniquely blended masterpiece by the end of the song.

Other noteworthy mentions are “How Do You Sleep,” a rhythmic, intense melody that is more 80’s electronic than some others of the album, and “Call The Police,” a more indie rock influenced power ballad that is sonically uplifting, but the lyrically sullen, crooning “we all know this is nothing.” Going in another direction, but still very enjoyable, was “Tonite,” a fast dub wub song, with a bouncy, catchy melody. “American Dream,” is a graceful, late-night anthem, and mix of all their styles. No song on this album is a dud, all bring in their own interesting styles and compositions.

Fans of LCD Soundsystem may feel a little duped by their fake exit from the music industry, but for those truly into the music, you should be excited and grateful for this returning album that could have been a nostalgic, repetitive version of their old content, but is instead filled with fantastic new compositions and ideas, yet still definitively them. In Murphy’s own words “this isn’t a victory lap or anything,” it’s “better than anything we’ve done before.”