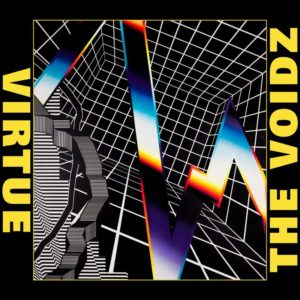 Julian Casablancas wants to be your drink. Yes, this is a real line off the album, but more than this Julian Casablancas wants to be your political prophet. Bewildering thought, isn’t it? Why should I trust a white man that’s been rich all of his life to explain anarcholeftism to me? Aside from vague tweets and the occasional infamous interview, I doubt anyone has ever thought of Julian Casablancas as a political hero, much less someone that is to be taken seriously. Some of his more famous interviews include one of him expressing his disdain for Pringles (which concludes with a receipt discovered by the interviewer of Julian’s purchase of Pringles from earlier in the day), and his distaste for brunch. Glancing over the interviews, you can easily see that these are not where Julian shines and because of this, Julian’s nosedive into politics often times seems inauthentic- yet if you pull the curtain back from his eccentricities there is a man who is clearly making efforts to educate himself. Again and again we see Julian having to clarify his statements from interviews, but this is not because he is controversial in nature, but, rather the only way Casablancas can express what he’s saying is through his music. Political prophet he may not yet be, but Virtue is certainly an important stride into closing the gap between proclaimed “savior of rock ‘n’ roll” and activist.

The album opens with the lighthearted and upbeat track “Leave It In My Dreams,” which was also the first single released off of the album. Although light, it provides a hook for the listener more reluctant to get into some of the more strange and heavy tracks to follow, “QYURRYUS” and “Pyramid of Bones.” They, along with “All Wordz Are Made Up” have some of the most interesting and goofy music videos I’ve ever seen. All released as singles, they make an important point of the purpose of the album; the videos show Julian enjoying himself and having more fun than I’ve ever seen. Not only is he trying to make a statement with the album, but he’s having the time of his life doing it. Julian’s unadulterated love for music is clear—when he stated that he wanted this album to be more accessible for fans, the singles illustrate that it is—not because he sacrificed the integrity or purpose of his songwriting. He released a third of the album as singles, and wants fans to have as much fun listening to the album as he did writing it.

“Pink Ocean” is one of the most underrated tracks on the album- it is reminiscent of an underwater level in a video game with heavy synth lines and a steady groove. Here he does what I’ve been wanting him to do for all of his career- take advantage of his falsetto. Usually overrun with heavy filters or autotune, this track along with “One of the Ones” show a more raw side of Casablancas that showcases the extent of his musical talent. Of course, we do still get the Voidz brand autotune in songs like “QYURRYUS,” but the prevalence of a wider range both vocally and musically tie together each member’s style in a captivating and unique way.

On the surface, Virtue seems like a marbling of ideas that shouldn’t mesh together, but a closer look shows an intricate tapestry that is the result of each of Julian’s projects combined. “Think Before You Drink” seems like a stripped song off of his solo work Phrazes For The Young; “Leave It In My Dreams” feels like a late Strokes single, while songs like “Pyramid of Bones” seem like a a simple sashay away from the first Voidz album Tyranny. Despite the obvious parallels to his past work, Virtue never seems unoriginal or recycled but rather a refurbished collection of his work to date. On top of this, he lyrically and sonically interweaves each song through recurring bells or layering lyrics that recur 4 tracks down, i.e. the line “pink ocean of tears” occurring in “All Wordz Are Made Up” and “murder in the name of national security” in “Pyramid Of Bones” mirroring the “ALieNNatioN” chorus (which also features, you guessed it, a reference to “Leave It In My Dreams” which occurs 4 tracks prior).

The final two tracks are strikingly different, but some of the strongest off of the album. “We’re Where We Were” is a Tyranny-esque track with Casablancas’ characteristic speak-singing taken to a new level against a cowbell and fast-paced distortion. It is a chaotic culmination of various points throughout the album, the resultant of the thematic political discourse up to this point in perhaps the boldest statement of the album as he compares our current political climate to that of Holocaust-era Germany. Although it seems like we may have made progress towards being a more accepting society, here he argues that we are in fact at a stand-still as the alt-right’s popularity simultaneously increases.

As the track comes to a close and deconstructs itself, we get into the final track of Virtue, “Pointlessness.” Often called the “Human Sadness” of the album, The Voidz finalize every statement with a haunting organ and a chorus asking us, “what does it matter?” Despite the strong political commentary, it is interesting to end the album on the note that, yes, we will all die and be forgotten in the end—perhaps he means to say that we should be more tolerant, as, in the end we will all return to dust. Regardless, “Pointlessness” belonged nowhere else on the album than as the final song, leaving us to think about the purpose of the content we have just consumed.

Virtue is the crest of Julian’s slowly rising political wave throughout the years. More than this, The Voidz have always been Julian’s haven of musical experimentation and this is not lost as he makes an appeal to a wider audience. Carefully integrating strong political statements with a wide array of musical ideas, Julian Casablancas’ latest work was not the mid-life crisis I was expecting it to be but rather a bold painting of our society and a brilliant exhibit of Julian’s growth from reckless rockstar to an, albeit eccentric, adult who cares deeply about the state of music and the world as a whole.