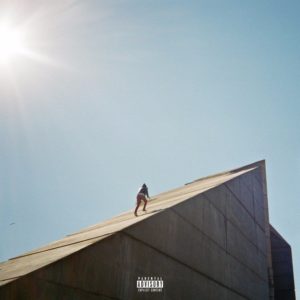 Daniel Caesar, a Canadian R&B singer, has slowly gained a following for his silky-smooth voice, and his soulful sound. With two EP’s under his belt, he began work on his debut album Freudian, an exploration of the different stages and aspects of love in a romantic relationship, from beginning to end.

Caesar grew up in a very religious home, and gospel music is a big influence in his sound (his father was a gospel singer), and allows him to sound familiar, yet refreshing. His music can be simplified to soulful R&B, but it’s more dynamic than that. His gospel influences show themselves in his singing, but the production also reveals a lot of Jazz influence. Matthew Burnett and Jordan Evans produced most of the release, two producers who work primarily with hip-hop artists such as Drake, Lil Wayne, and KYLE. As a result, hip-hop sounds can also be heard on this project, particularly in some of the basslines which are driven by 808s.

Caesar’s voice calmly flows over these soothing beats, dripping with emotion. “Loose” is one of the more somber moments on the project, and features Caesar trying to convince himself to “cut that girl loose.” The outro is the first verse of the next track, “We Find Love,” but he is accompanied only by a piano, and sounds like a lo-fi recording with white noise in the background. Here we hear Caesar at his most vulnerable, coming to the realization that his relationship is not working out.

“We Find Love,” takes on a slightly more hopeful tone. The gospel influences shine here, as it incorporates a gospel choir in the background, with Caesar’s voice carrying through and guiding the song. The chorus summarizes how a relationship begins and ends in two simple lines, “We find love, we get up/And we fall down, we give up.”

Most of the project is not as melancholic as those two tracks, and simple topics such as the appreciation of your significant other are gracefully expressed through phrases such as “You’re my water when I’m stuck in the desert,” on “Best Part,” and “You’re the violet in the sun,” on “Transform.” The latter holds a lot of significance to Caesar, and he’s used it on his song “Violet,” which was released over two years ago.

All four of the featured artists on this record are female vocalists, which contribute a good contrast to Caesar’s deep voice. “Transform,” however, does the complete opposite, Charlotte Day Wilson sings the lower part, while Caesar employs his falsetto voice to hit some impressive high notes.

“Freudian,” the title track, closes out the album, and it takes heavy inspiration from Frank Ocean’s “Futura Free.” It features a skit done by Sean Leon, with his voice pitched up, and a silent interlude, much like “Futura Free.” After the interlude, Caesar comes back in to deliver one last verse about sacrifice, accompanied by only an Organ. On this cut he expresses regret over ruining a past relationship, and repeats lyrics found on “Neu Roses (Transgressor’s Song)” from earlier in the record.

With its dynamic production, elegantly simple lyrics, and Caesar’s effortlessly elegant singing, Freudian is a real treat for old and new fans alike. Although the topic of love and relationships is cliché, Caesar manages to keep it interesting with creative songwriting, raw talent and skilled musicianship.