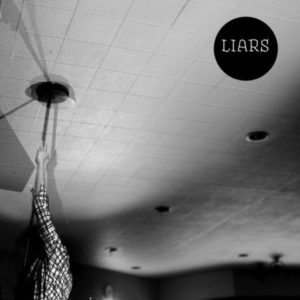 I really thought that last year’s release by Liars, the excellent Drum’s Not Dead, would be an impossible album to follow. I thought it would be one of those records a band spends the rest of their time trying to match the energy of. Thinking along those lines, I was definitely expecting this album to be, or more likely try to be, even more experimental and cacophonous than ever. At the mere thought of that I grew anxious, and strangely annoyed. Yes, I absolutely adored Drum’s Not Dead, but surely you can’t sell it to me twice? Now what?

I never imagined the possibility of Liars-brand pop songs.

I never knew an idea so far-fetched in its simplicity could turn out to be so damn good. Liars is definitely a band that re-invents itself with every new release, this we all knew, but this is the ultimate re-incarnation that is accomplished with praise-worthy success. One might even say it was an Oedipal feat that kills the experimental father and goes all-out to write just plain, likable pop music. Seriously, one might!

This is Liars at their most accessible, at their most melodic and palatable…and this is not an insult. At some points, especially during Freakout, I feel like I’m listening to Psychocandy (another one of those perfect albums) re-imagined. At others, I’m thinking Houseclouds, the minimalist drumbeats and fuzzy bass throws me into a dark-alley synthy late 70s dancefloor, complete with haunting echoing vocals. There’s a touch of noisy hardcore a la Ex Models on the opener Plaster Casts of Everything. There’s the tribal touch that the vocalist always brings to the table to every track…a sort of anthropological chant that almost links them with Paw Tracks bands such as Animal Collective and First Nation. Sailing to Byzanthium is the progeny of a Wendy Carlos score mixed with silent film organ, and thrown in with a bit of Logan’s Run futuristic effects. Run, runner! This album is entertaining, well-thought out, cohesive and diverse…everything one expects from a Liars release, re-packaged and re-sold. It makes me feel at home since it quotes from so many well-known places, but it’s not a predictable, safe borrow. It’s exciting, so intriguing to see how truly open the possibilities are for the pop format.

Now if only other bands could realize that no, you cannot re-achieve that one perfect album and get on their changing way the world would be a much better place.