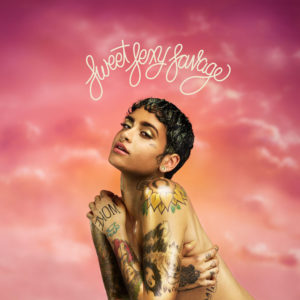 The Bay Area native’s freshman album SweetSexySavage, although about love, is Kehlani’s first album produced after her attempted suicide in early 2016. The event left her fans anxiously anticipating how her healing experience and stressful 2016 festival circuit tour would affect the music she produced. Through it all, Kehlani has shown to be an artist who doesn’t shy away from opening up to her fans.

At her performance on her home turf at Outside Lands in San Francisco, she gave a bit of a corny, but still inspirational speech about not giving up on your dreams, pointing out how 5 years prior she was singing at the train station of the BART and how she almost let her success slip away earlier in the year because of her struggle coping with the stress of relationships and the media. She is resurging into the R&B scene with an album that hits hard, centered around the lessons to be learned from love rather than the pain when losing it.

As Kehlani’s sound develops more and more; one can parallel her sound to a mix between Jhene Aiko and PartyNextDoor. She has very much stuck to a sound similar to that of her two previous mixtapes, Cloud 19 and You Should Be Here, but has added more depth and versatility to the mix. Her sound appears to be steering towards that of the late former Atlantic records artist Aaliyah (see: any aaliyah song), such as in the song “Too Much.” In an interview with Rap Up, Kehlani speaks about how on this album she really worked on finding the balance between lyrics and musicality in comparison to her previous works where she focused on one and not the other.

Kehlani sticks to her theme of opening up every album with a track titled “Intro” that addresses what that album is about. However, in SweetSexySavage she does not spend time speaking about her struggles nor does she later dedicate a song towards it. Instead, she foreshadows the issues she went through and how she cycled through a variety of emotions, incidents affecting her demeanor but she ultimately maintains her persona as a boss. This differs from the intro in You Should Be Here that speaks more about her journey rising as an artist.

She then follows with the upbeat song “Keep On,” about the confusion that comes with catching feelings, that takes you back to the early 90’s with its semi gospel influence. She continues to showcase her strong R&B background in songs that combine it with electronic beats in Distraction;” a song about questioning someone’s intentions, “Peace of Mind,” “CRZY,” and “Personal.” The latter being a trio of songs that weave through her ‘tryna get back to her old ways’ in “Peace of Mind” as she notices herself losing grip on her identity, finding redemption in songs “CRZY” and “Personal” as she refocuses on her career, coming back after letting the relationship affect her. Divulging more about herself in “Not Used To It” and “Escape” by attributing her trust issues and inexperience with healthy relationships to her Oakland upbringing.

She mixes in new sounds in her pop influenced “Undercover,” an upbeat latin inspired rendition of Akon’s “Don’t Matter”, but reverts to a basic radio pop sound with airy vocals, akin to 2007 Jordin Sparks.

Kehlani’s track “Too Much”, like Rihanna’s “Needed Me”, is a song that portrays the realization of self-worth and choosing not to deal with the bulls. The album ends with generic sounding pop R&B songs that cycle through her struggle with balancing her feelings of affection ultimately ending on a thankful note and stating that her growth is not over.

It seems at this point that artists (and especially female ones), follow a formula of singing about their relationships and the process of self-discovery. Some manage to make the narrative a bit different by personalizing the manner in which these experiences tie into an even greater social issue – Beyonce’s Lemonde being about her and Jay-Z’s relationship but having undertones of her struggle as a black woman sprinkled in there – Kehlani’s album doesn’t challenge the audience to see different perspectives, it’s insightful but not groundbreaking. She does however, do a good job showing how the same emotion can be felt in diverse ways by pairing emotions of affection with pop sounds in one song (EX: “Get Like”) and heavy R&B sounds in another (EX: “Everything Is Yours”). Although this album won’t be remembered five, ten years later she has done a good job at showcasing her humanity and development as an artist. 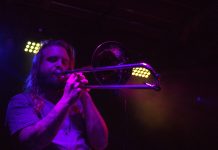 Mishka and Of Good Nature Give Different Looks of Reggae and...