Yossy started the night off with some much-needed reggaeton, providing a burst of liveliness that got people slowly but surely moving closer to the main stage at Carne Asada Fest. Her set was one of my favorites, even though she was one of the newer artists in the lineup. From the matching outfits to the nicely choreographed dance number the background dancers showcased, Yossy proved her dominance on and off the mic. Her single “Perrea” would be my pick for her best performance of the night, due to how it brought me back to the earlier days of reggaeton when artists such as Wisin & Yandel dominated the genre.

Around three-quarters through Yossy’s set, Steve Garcia jumped on stage to accompany Yossy on their recent release “Palp,” which is an abbreviation for “pegado a la pared” or “up against the wall.” The exchange gave an excellent commencement for Steve’s set. Though, in the beginning, it was a bit difficult to figure out just what Steve Garcia would perform, I quickly realized he had a flow mixed between rap and Mexican regional music that made sense. Hearing him perform songs like “Saben Como Soy” and “El Mero Mero” gave me hope for Mexican and Chicano rap once again. Garcia had the crowd jumping to songs that no one seemed to know, but had that resonated with anyone that knew a lick of Spanish.

After grabbing a bite from one of the many vendors at Carne Asada, I had the chance to enjoy some country music by a native Texan, Alex Aguilar. Aguilar started his set off with a song that got him recognition across the country: “You + Me + TX.” The track is a ballad, with the genuine feeling of a George Strait classic and a new voice. As Aguilar performed some excellent guitar solos, the crowd began dancing; even if they didn’t know how to two-step or honkey tonk, everyone was enjoying the genuine Texan vibe that radiated from the stage.

Though the slower pace of Alex Aguilar and Beatriz Gonzalez’s’s performance was heart-warming and gave me a cozy feeling of home, the absolute explosion of energy showcased by rapper Nategawd was unmatched. Though Nategawd’s performance was one of the shortest of the lineup, he did not disappoint. Nate performed his collaboration track with Flo Rida and Lil Jon, “Take a Shot and Make a Tik Tok,” during which he gave out free shots which had the front row bumping as if they were at a larger festival such as JMBLYA or Rolling Loud. Something about the way Nategawd read the room and managed to get a crowd that had just sung sad country songs to jump up and down to an upbeat track like that was insane to witness firsthand. 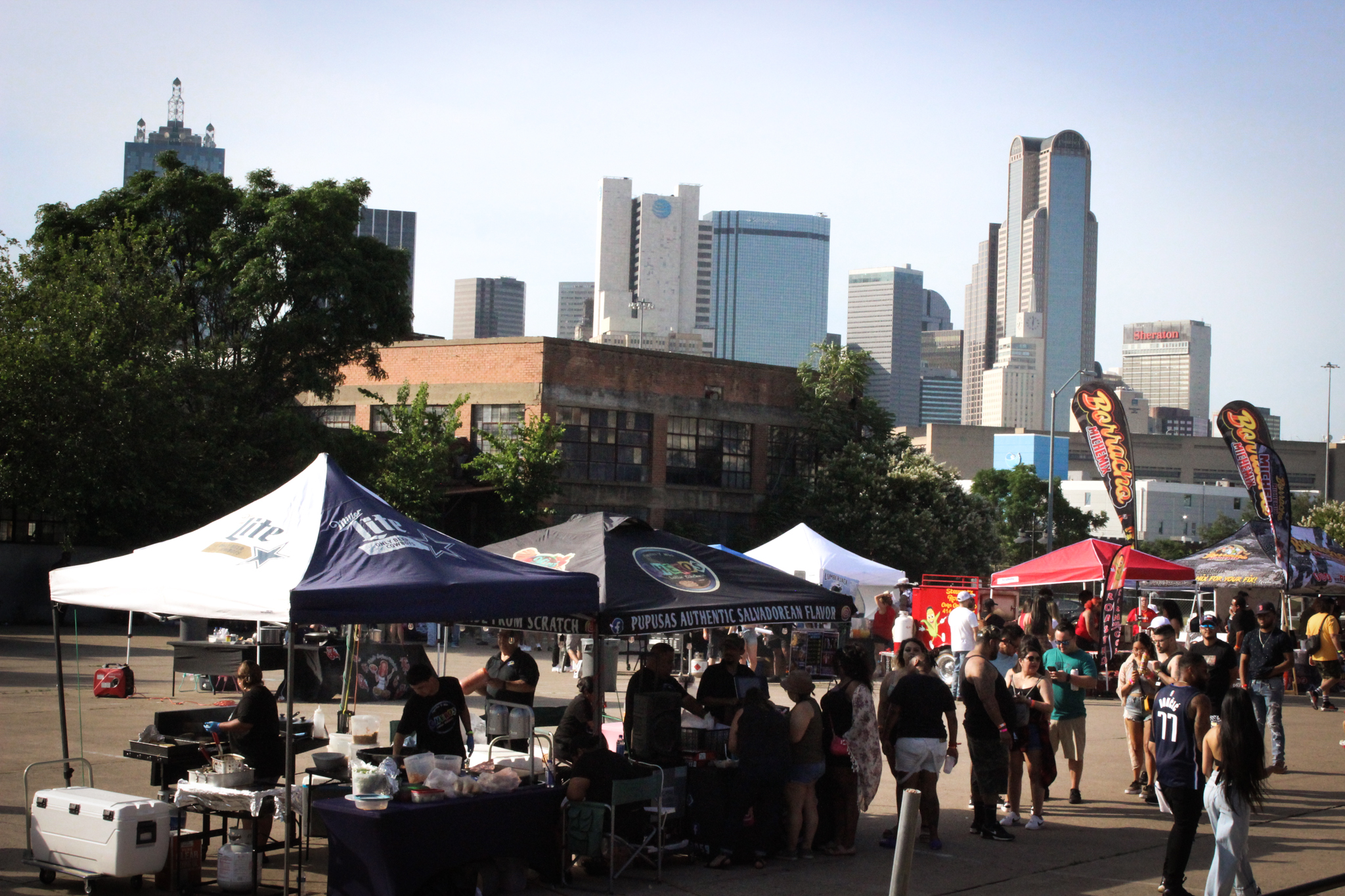 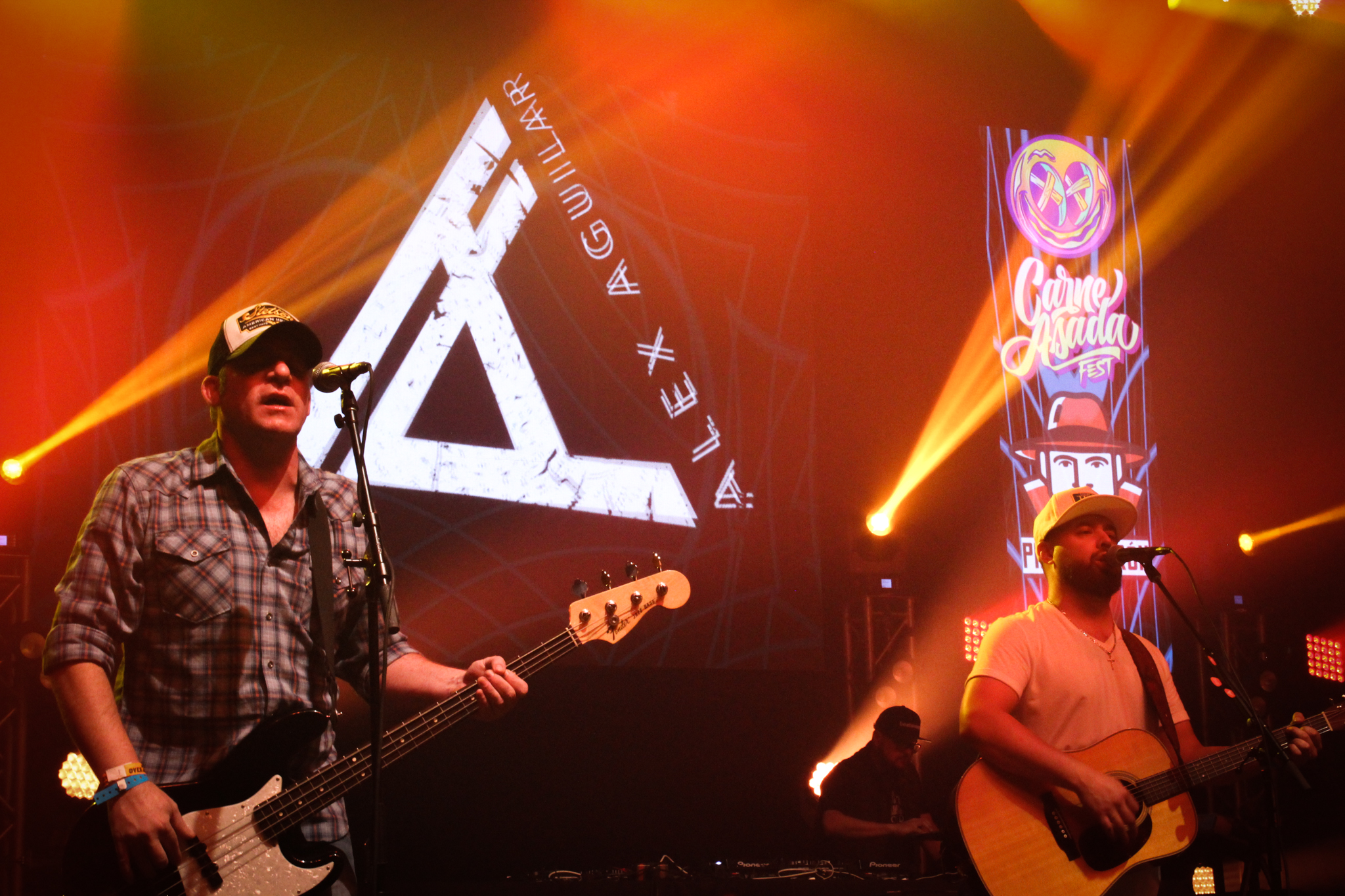 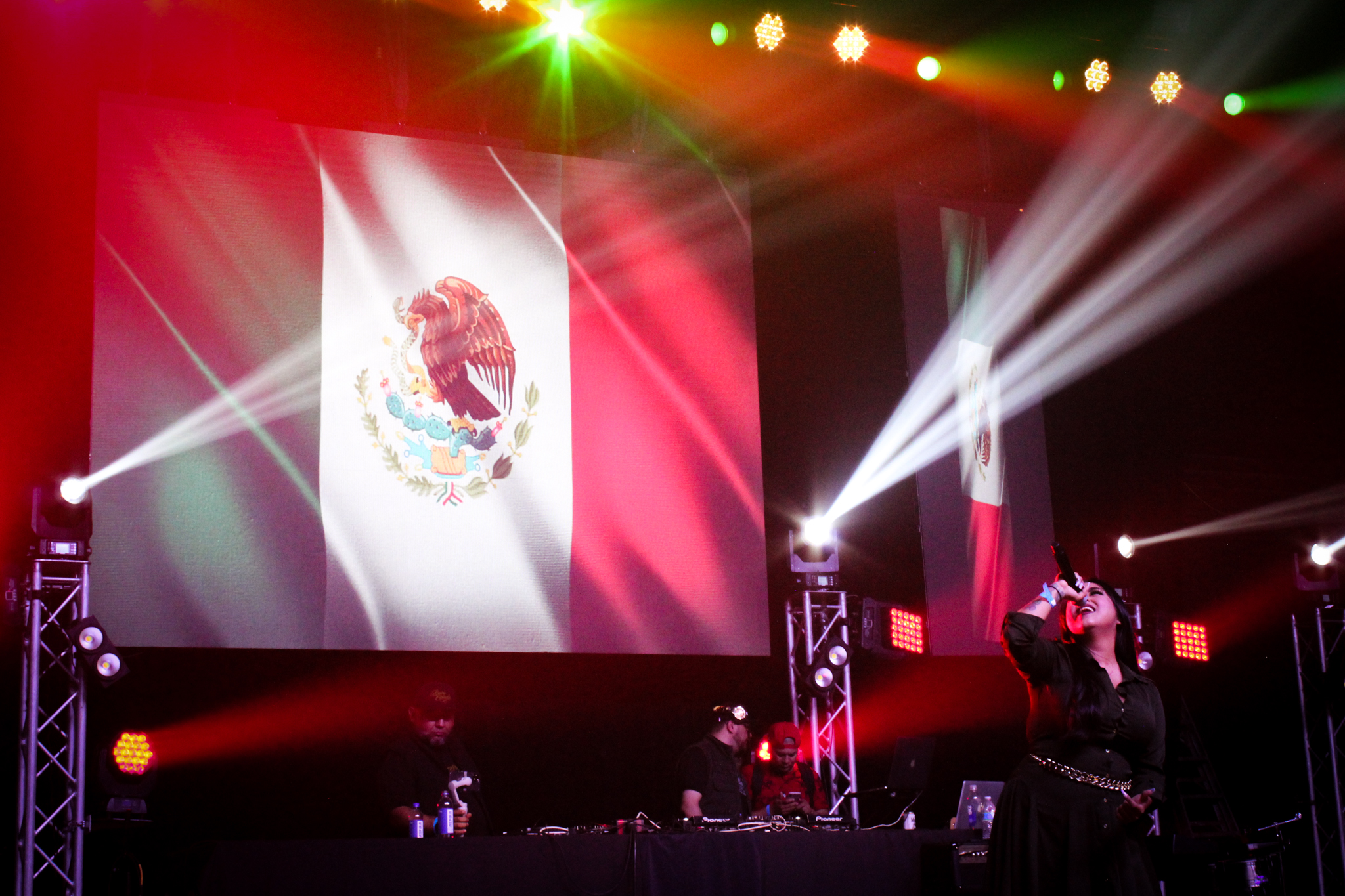 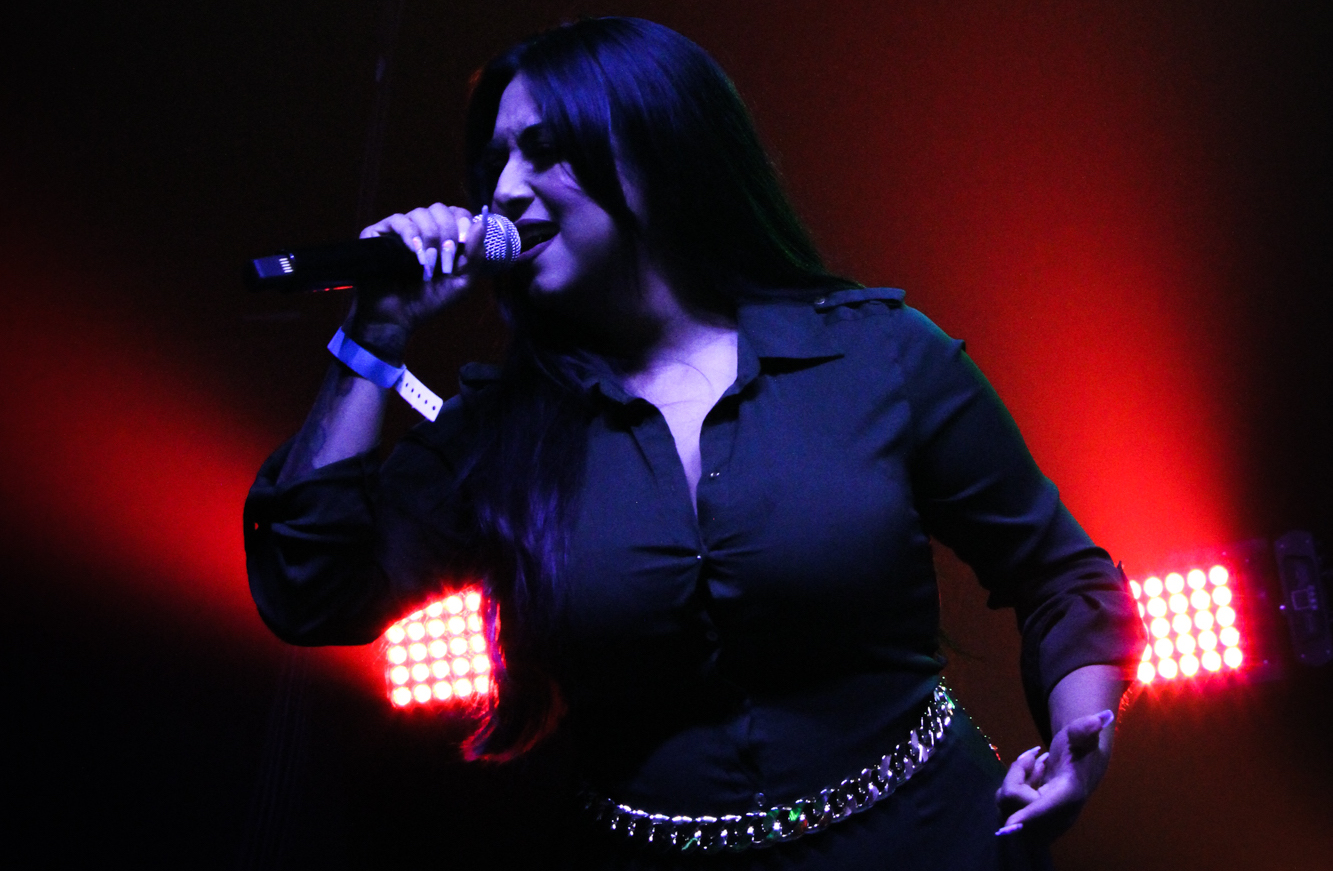 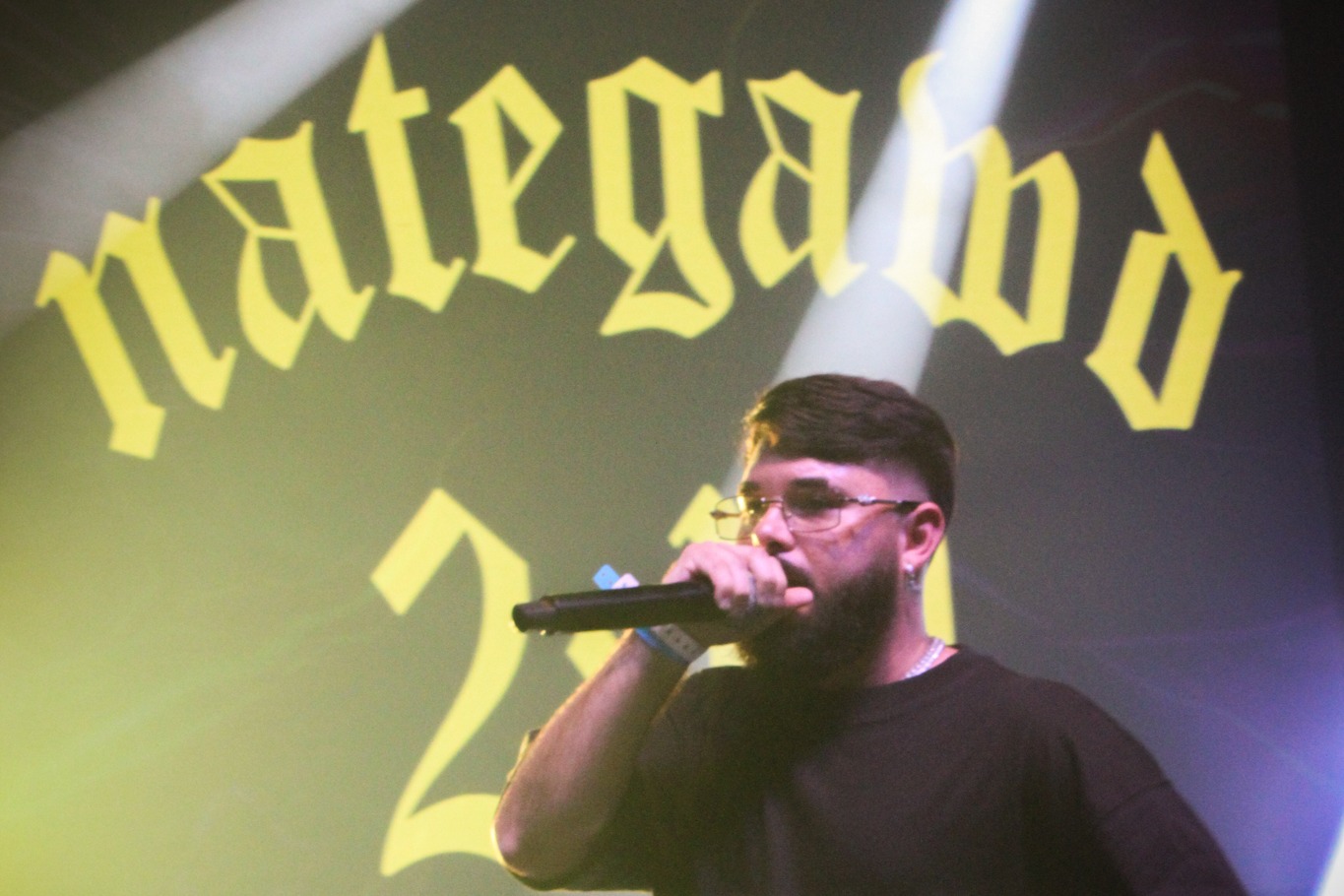 After waiting hours for this specific set, I was ready to hear Bo Bundy live in the flesh. Bundy began his set with “Uno Cuhh,” one of his most popular tracks that people in the crowd knew word for word (including myself). After a few tracks, his demeanor resembled that of a seasoned performer, although he is still a reasonably new name in Mexican music. Meeting with Bo Bundy minutes before his performance gave me insight into how genuine he is as an individual. To close out his set, Bo did something I never imagined could happen: he managed to get the entire venue to sing the intro to SPM’s “I Must Be High” as an homage to his hometown, Houston; this was a feat that many would take as offensive, due to the controversy surrounding the rapper SPM.

Overall, Carne Asada Fest was a great way to hear the voices of upcoming talent in the Latinx community. Though Carne Asada Fest has come to an end, we can remain hopeful that it will make a comeback in the future due to their overwhelming positive reception by patrons and artists alike.