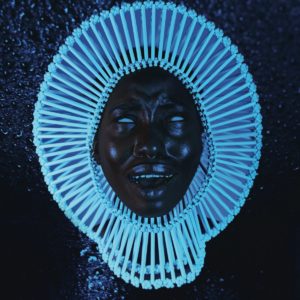 It’s been a busy year for Childish Gambino. He created and starred in his own TV series, Atlanta, hosted a series of intricate live shows known as Pharos, was cast to play Lando Calrissian in an upcoming Star Wars movie, welcomed his first child into the world, and just released his third studio album, Awaken, My Love!

The song titles on this album give the impression that it’s sort of an open letter to his son. Gambino passes on important lessons to his son, which his own father had taught him when he was younger. He teaches him to show love for others, but also warns him of racial prejudices, and to be wary of other people trying to feed off of his success.

The first track on this album, also the first single that was released, “Me and Your Mama,” makes it clear that this album is a very big deviation from his past albums, focusing a lot more on his singing. In fact, Gambino does not rap at all, and even though he has sung on past projects, his main emphasis has always been rapping. Perhaps this is because sometimes singing feels a lot more intimate than rapping, and he felt the need to do so in order to properly get his message across to his son.

On “Me and Your Mama,” his gritty vocals are ripe with emotion, as he professes his love for a girl, begging her to let him into her heart. Gambino’s vocal abilities have matured a lot since his last project, STN MTN/Kauai, and he has the ability to change his style in very big ways. His voice on “Me and Your Mama” sounds completely different from his voice on “California.”

It is clear that Gambino was heavily influenced by soul, rock, and most prominently, funk. There are very intricate, layered instrumentals, featuring guitars, drums, choirs, and even a glockenspiel, among others. In some cases Gambino may have taken too much inspiration from others, for example, “Have Some Love” sounds incredibly similar to “Can You Get to That” by Funkadelic.

Although the instrumentals are great, and Gambino’s vocal abilities are really good, lyrically, some of the tracks fall flat. For example, the hook on “Zombies” says “We’re coming out to get you, We’re all so glad we met you.” Most of the lyrics aren’t necessarily bad, they’re just boring, which is a letdown considering how detailed the music itself is. A big portion of them also comes off as cliché, or cheesy, but maybe that was his intention in order to simplify what he’s trying to get across.

“Stand Tall” is the perfect ending to this album. Although it drags on just a little bit too long, it is one of the strongest tracks on the album. The message is clear, stand tall through hardships, and “smile when you can”, a message that despite being a little cheesy, is very important to give your newborn child.