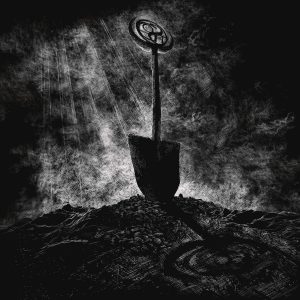 After hearing about GosT a year ago and giving his discography a listen, I was impressed to hear such a heavy and dark take on synthwave. Before GosT, the heaviest artists included Perturbator and Lazerhawk, but GosT introduced elements of industrial, black metal, and screamo to the electronic scene. His latest work, Valediction, is a divergence from these themes, incorporating a more ballad-centric sound. While this album should appeal to a much broader audience, the fans of his previous work are left sorely disappointed.

In general, the album strays from the dark themes of death and the occult to an overarching theme of “horror movie vibes.” Unfortunately for GosT, there is a plethora of songs and albums by other synthwave artists that explore these themes (Carpenter Brut, Lazerhawk, Dance with the Dead, Perturbator, and many others). Not to dwell on a minute detail, but GosT has had killer album art for his entire discography, but Valediction is such a let down with the generic graveyard/shovel aesthetic.

This album focuses heavily on its synth and drum production, so much so that GosT’s voice is difficult to hear for most of the album, and when we do hear his voice, all but a handful of times it is this ballad singing (a sound that is almost akin to the metal band Ghost, but without the power and intricacy that Tobias Forge brings to it). Throughout the album, there is an odd dampening effect on all the instruments which take all the power and conviction that his previous albums brought to the table. In addition, there is little to no bass throughout the album which is odd in itself because he tours with an incredible bassist. Overall, the instrumentation of this album leaves a lot to be desired.

With five studio efforts produced by this point, Valediction comes across as lazy and uninteresting as a whole. In the last two albums, Possessor and this one, GosT has started to stray away from the sound that made him interesting and appealing in the first place. The only good thing I can say about this album is that there are some highlights of the album (Relentless Passing, Severance, and Bloody Roses) that shine through what this album tries to offer, but I can only hope Gost returns to his terrifying roots with his next project.

Slipknot – The End, So Far