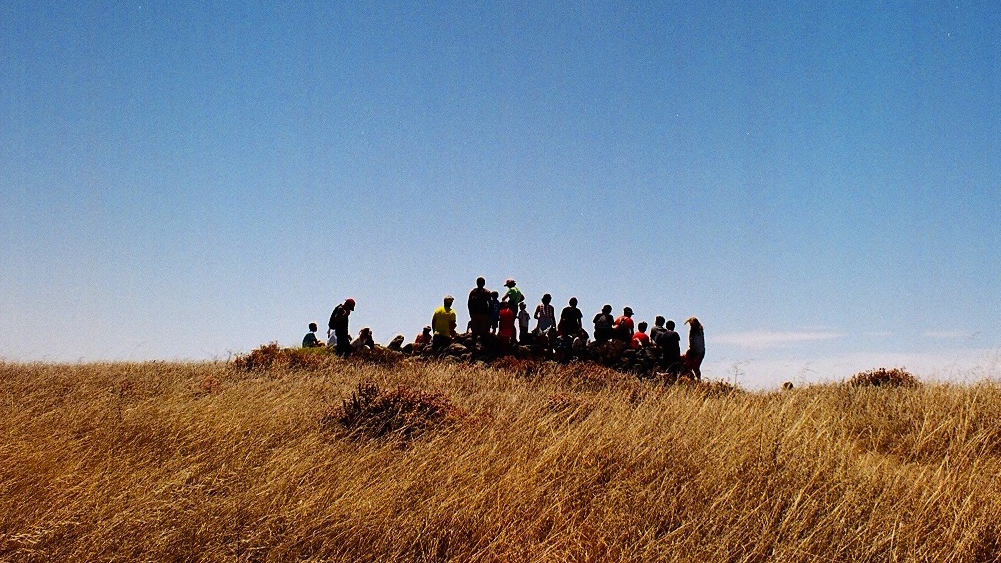 The story of LUWUM originates thousands of miles across the Atlantic Ocean. Jesse Miller, who records under the name LUWUM, was born in Uganda while his parents were missionaries. He was given the name “Luwum” at birth, in honor of Janani Luwum, the Ugandan archbishop who was assassinated for speaking out against the tyrannic Idi Amin regime during the 1970’s. His namesake is a personal footnote of his childhood, something that he found appropriate using when embarking on a more personal and separate music project from his primary band, Señor Fin.

Recording as LUWUM, Miller’s music parallels the home-recorded rough draft pop aesthetic of bedroom dwellers Alex G and Youth Lagoon, while evoking a similar pervasive melancholic Western sprawl to that of troubadour Cass McCombs. His latest release, Places Worn, is a series of mental sketches recorded during a transition from Denton, Texas to the Pacific Northwest last year. While living in Big Sur last summer, Miller worked at campground and lived at the Henry Miller Memorial Library arts center. The album’s tender and sensible feeling of travel and relocation is a product of when and where the record all came together. “Pretty much all of the songs were written in transition,” Miller noted. “I would say half of the songs were written during that time in Big Sur and the other half were written after I had moved into my band mate’s parents’ house.” The idea of self-discovery and exploration of how to feel in a new location became a general theme of the album. An adventurous sense of travel is obvious when listening to Places Worn. “The Band”, the album’s opener, is an aurally mesmeric track that gallops down a valley that echoes a Pacific noir pop take on Van Dyke Parks before dissolving into an exhausted cacophonous muddle. Elsewhere on the album, songs project a similarly inspired vision. “Like a rain that a summer hasn’t seen before / You were waiting to fall from the sky,” Miller sings from what feels like underneath a canopy of trees that break sun beams asunder. “Early Girl” and “Bushwhacking” are two jaunty melodies that embody the dogs days of summer when the sunlight glistens on the surface of a creek. They’re nostalgic mental photographs of drifting afloat an inner tube while the tops of bare shoulders bask in the sun.

The meditative quality of the album can be attributed partly to the restraint Miller experienced while living in Big Sur. He was without the usual tools when he writes music, i.e. his general computer setup for recording demos immediately following completion of a first draft. Instead of churning out demos and moving on to the next draft, he practiced the songs repeatedly, allowing for them to blossom into something that would find its way onto the finished album. It was during these moments, bunkered in a bedroom by himself that some of the album’s most intimate moments were harbored.

Languid and unhurried, “Making Up A Mood” is arguably the understated hallmark of the record because it offers the audience’s first glimpse into Miller’s beguiling inner thoughts as they mosey throughout the album (the intermittent sound of a percussive shaker even mimics the shuffling of wandering feet). It’s the most intriguing track on the album because it feels mundane, abstract, and surreal (“The books are making noise”) in way that’s oddly beautiful. In an interview, Miller described the song as, “confusion of constantly being in a new place.” It’s a poignant song that emotionally swells in conjunction with two other songs on the album: “A Weird Flash” and “Stumbling.”

When recording the album, Miller set out to create music that yielded a glimpse into life––including transparencies of social anxiety (“You’re making me shake / My restless parade”) and vulnerable mental lapses (“But only your thoughts can keep my mind wandering / Through doors that I shouldn’t be opening”). He illustrates this by embedding the physical elements in the songs in a similarly effective way in which Phil Elverum evokes cavernous spaces. On “Making Up a Mood”, the sound of a steady tape-hiss can be heard, offering a Pacific tidal din that echoes the tendencies of our inner thought as they so often come and go.

The omnipresent melancholic nature of the album’s journey appears to manifest an end to aimless wandering on its finale, “Anthem of the Universe”, before ending abruptly as the tape stops. Perhaps it symbolizes finding his place in the cosmos after a long hike in and out of corridors of his mind. Nonetheless, it’s a pensive ending upon the crest of Miller’s sublime slip into reverie.

Places Worn is now out on Olympic Dreams Records.