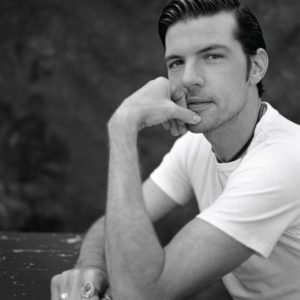 It’s been twelve years since Timothy Seth Avett sat at his kitchen table and took an x-acto knife to his piles of cassette recordings to create The Mourning, The Silver, The Bell, his third solo album under the name Timothy Seth Avett as Darling. With those seventeen tracks, Seth poured out his melancholy through heart wrenching lyrics sung with a hoarse voice and simplistic but evocative guitar and piano instrumentation. With that album, he gave the world something to cry about. I’ve spent time sprawled on my bedroom floor, staring at nothing while tears rolled down my face while Seth’s music comforted me by replacing my sadness with his. It’s been twelve years and now Timothy Seth Avett is happy.

In these twelve years, Seth has put out close to twelve albums with his band, The Avett Brothers, and appeared on countless more with his friends like Jessica Lea Mayfield and G. Love, so it’s no wonder that he hasn’t put out a new solo album. Compared to these other projects, the sound of his Darling work is very distinctive. In IV, Seth finds that sound again and brings it to a new, more fully produced level. Through his lyrics, he paints a very personal picture of his life to the point where the listener can almost imagine how certain events or conversations played out in reality. The guitar and piano that form the basis for his instrumentation set the scene and guide us through the stories he tells. Unlike past releases, these new songs were made with the help of three of his close friends and a recording studio. The help really goes the distance in fleshing out the music and lending it even more evocative power.

IV is a self-portrait of a new man finding love and changing his life to make it work. Take the first song, “Disappointing You”, for example. It can be seen as a sort of thesis statement for the album in the way that it lays out Seth’s life at the moment then expresses fear that he will lose his love as a result of these details. He opens with “I am who I am, unfortunately” then repeats throughout the song, “But still I have fixations of which you are the first… I’m afraid I’m going to disappoint you again.” The album follows up with the song “Should We Move,” which is a much more love-infused deliberation over how Seth and his wife should handle their new life together. He wonders how they will change while opening up the question “Could we grow good tomatoes and a family anywhere?”

This might not sound happy, but I’d argue that it is. Just with the half-grin Seth wears on the album cover and the tranquil inflection in his voice even as he sings, “In these boots I helped my brother bury his Doberman of twelve years in the woods,” I could found an argument for the joy present in the songs. But I think it’s worth bringing up the happiness found in the ups and downs of life that Seth sings of. He is in a balanced place where he can roll with the punches and still have time to contemplate his beliefs in “Faith Undefined” and safely self-reflect in “My True Story/A Life to Live.” I think, like all of his Darling works, this album still pairs well with rain falling on a tin roof but it’s not gloomy. No, it recalls the calmness of a grey day, the peace of lying in bed with a loved one during the endless half-night, the life that rain brings even while it devastates.