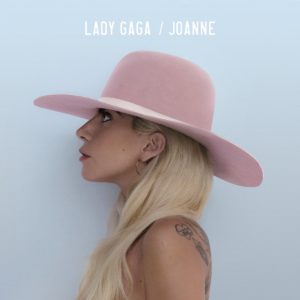 Since earlier this year, I’ve been clamoring to anyone who’ll give me the time of day about how pop music would be going #country in the near future. Lo and behold, in walks Lady Gaga looking like a sequined guest star on Designing Women with a new country-influenced sound in tow.

Despite the confusion on Stan Twitter, Joanne, the singer’s fifth LP, isn’t entirely a country pop album à la Shania Twain’s Come on Over, but it is definitely a new direction for an entertainer who built her fortune on thumping electro-pop hooks and couture “you just don’t get it” duds.

The misfortune of this seemingly indulgent approach is that while it produces moments of pop brilliance, they are ultimately marred by decisions and sounds that don’t make sense in the same space.

The album starts off strong. “Diamond Heart” is a deceivingly dark, rock-tinged ode to her days go-go dancing on the Lower East Side with lyrics that allude to a terrible wrongdoing (“Some asshole broke me in/Wrecked all my innocence”) and a chorus that soars crystal clear into stadium rock territory. The energy perseveres onto the next track; “A-YO” is a deliciously campy song that twangs with clap-alongs and synthetic guitar riffs. It albeit creeps into a karaoke session from time to time, but it’s one of the album’s truly fun moments that recalls why people like Gaga in the first place.

Even with the declaration of this being a more authentic approach, she’s still a theatre kid: dramatic, loud and off-kilter. That’s why the excess of The Fame Monster and “Bad Romance” worked so well. With a heartfelt appeal for a new identity and a new base, Joanne sometimes distorts and misuses that showman’s charisma.

To top it off, this whole concept of presenting a stripped down persona with the help of “real instruments,” rock music and a Bud Light-promoted dive bar showcase feels ingratiating and a bit dismissive of her past work (which obviously resonated more clearly with her audience).

Going forward, the album unfortunately begins to stumble and never regains its footing. The title track, dedicated to her late aunt who died of lupus at 19, is well-meaning, but the vocal delivery feels contrived. Although, the chorus and twinkling guitar arrangement does add a certain warmth to the song.

Those “moments of pop brilliance” I mentioned earlier? “Dancin’ In Circles” gets that seal of approval. The sexy, reggae-tinged number is subtly reminiscent of “Alejandro,” and offers respite in an experience that has one too many missteps. Speaking of…

There is light at the end of the tunnel; the bridge on the Florence Welch-assisted “Hey Girl” slithers like some kind of Elton John ’80s redux backed by a smooth combination of metallic synths, harp and piano. “Angel Down,” written in response to Trayvon Martin’s death, is a notable improvement from the album’s other slow-burning anthems.

For all it’s worth, Joanne still feels like a solid mark of progress and a natural next step for someone who has already dabbled in metal, stadium rock, and big-hearted balladry on her most successful album (2011’s Born This Way). Joanne feels sincere and Gaga sounds as engaged in the music as ever. She gets major points for being the principal force guiding the music, but it’s a bit frustrating that a more cohesive, idiosyncratic work didn’t result from all these collaborators.  It seems as though all their uniqueness has been subdued.

Gaga has always faced criticism from pop’s gatekeepers for the way she has approached entertainment in the past — as a curator of pop music moments and fantasies. With Joanne, she attempts to flip the script but misses the mark ever so slightly.