Home Reviews Event Reviews The Return of the Funk: Khruangbin 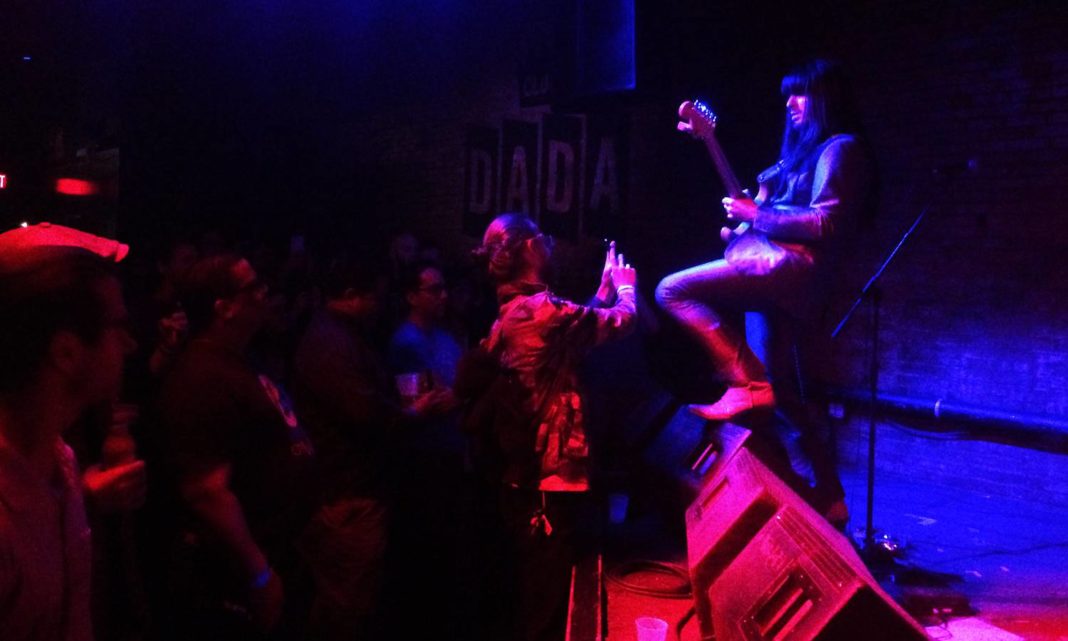 The crowd cheered as the three piece funk group Khruangbin entered from Off The Record and walked onto the stage. The small but stylish setup of drum kit, bass and lead guitar glistened in the red and blue light from overhead as the bandmates assumed their instruments. Mark Spears, guitarists, took to the mic but didn’t say anything, squinted and nodded to Laura Lee, bassist, to cue “August Twelve.”

Now addressing the audience, Spears looked across the crowd and welcomed us to the show, happy to be back in his home state. “Howdy. It feels good to say that and have people understand what you goddamn mean.” The trio released their debut album May The Universe Smile Upon You last November on Late Night Tales and have been back and forth traveling ever since. Their recent trek through Europe was apparently fruitful (and cold), but the group had a solid set to perform barring the intermittent anecdotes.

The brief segway into “Mr. White” kept the smooth and vibrant sound afloat. Never did their style of knocking bass lines or flared funk guitar riffs fault; the thai-funk influence rang most true, limited on vocals to maximize the space for instrumental bliss.

The audience had constant sway – not too rambunctious but not timid either – to all the tracks which boast a cohesive and conscious sense of style, evident on their album. Again, Spears took to the mic and announced their album, “and the universe most certainly does smile upon you.”

Khruangbin’s setlist consisted also of covers, the song “Firecracker” by Yellow Magic Orchestra, as well as “Dance of Maria” by Elias Rahbani. “White Gloves” seemed to impress the crowd notably, as well as the cool and emotive finisher to the set “A Calf Is Born In Winter.” Laura Lee gave an anecdote to the origin of that song to preface.

After a cool hour or so of tunes, the conclusive and classic applause for each individual member made its round. The crowd clapped and danced as the rhythm perpetuated while each member added to the jive. Spears said they would employ the James Brown hit-it-and-quit-it, a sudden break in the instruments that flurried witha climactic and brilliant noise. The combination of riding cymbals, rumbling bass and staticy guitar closed the set and they came to the crowd to meet and shake hands.

The Texas band has made fame over the pond and are a true homage to the 1960s funk that they are fond of and most truly impress upon.