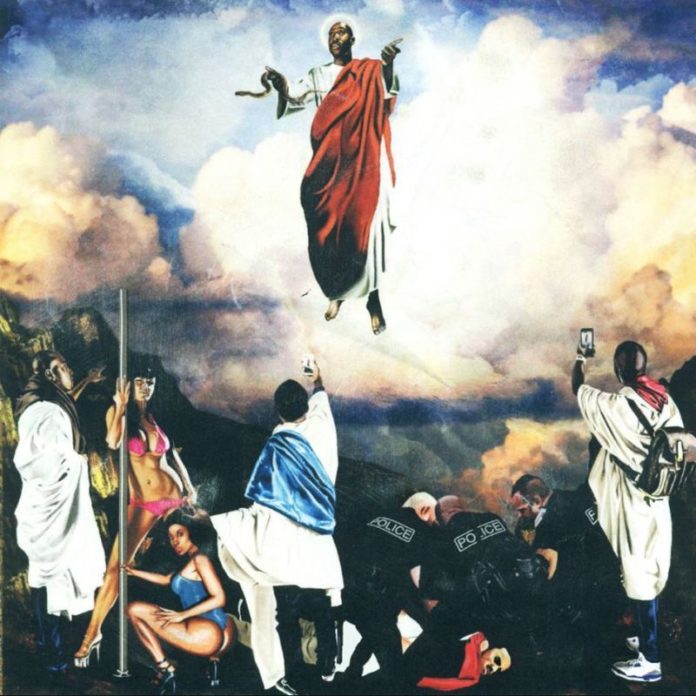 In June of last year, Freddie Gibbs was arrested before performing in France for the alleged raping of a woman during his tour in Europe the previous year. He was later extradited to Austria, where he was charged and later released on bail. In September, he was acquitted of all charges, but it is clear that the experience has deeply affected Gibbs. He faced up to 10 years in prison, and he has a young daughter and fiancé. On his latest project, You Only Live 2wice, his third solo album he discusses this event to explain how it affected him.

The first single that was released, “Crushed Glass,” made it apparent that the court case was going to be an integral part to this album. At the end of the first verse, Gibbs raps “Trying to give me ten for some pussy that I never touched/At a certain level, system tried to test a n****’s nuts,” detailing how he felt about the case. He continues by explaining that he has a daughter, as well detailing the experience of being in jail in a different country, away from his loved ones.

This single also revealed that the production style of this album is largely in line with Gibb’s previous release, Shadow of a Doubt. Meaning it’s full of dark, full beats that Gibb’s deep voice fits right into. He’s able to effortlessly flow over them with his quick, often slurred, words. The list of producers that worked on You Only Live 2wice and Shadow of a Doubt have a lot of overlap, meaning that he was trying to continue that same style. However, “Alexys” is co-produced by KAYTRANADA and BADBADNOTGOOD, and it fits right into this project, with a strong bassline and a deep melody, and high pitched embellishments.

In terms of lyricism, Gibbs has done an excellent job. Gibb’s has a lot of lines crammed into his verses because he spits so quickly, and each line is carefully thought out. “Crushed Glass” opens up with “The future started yesterday, n****/Every minute feelin’ different, I am not the same n****,” and Gibbs puts emphasis on specific syllables to make it flow with the beat.

On top of discussing the effects his arrest had on him, Gibbs also talks about his past, and how drugs were a big part of it. “20 Karat Jesus” details what it was like dealing cocaine through lines such as, “I ride with that white-white/Just like Fight Night we be weighin’ in.” Cocaine references occur throughout the rest of the project as well such as on “Andrea” and “Amnesia,” showing that it was a really big part of Gibbs’ life. The title of the album suggests that he’s doing this to reflect on his past as his first life, and now that he had this court case he’s become introspective about his life, and feels like he’s beginning a new life.

Freddie Gibbs has put together another great project. Conceptually it is very well put together, and the themes were very consistent, however the project feels a little short at just over 30 minutes. It would have been nice to see the project made a bit longer to further develop the themes, and maybe further explain what his life has been like now that the court case is over. You Only Live 2wice, doesn’t try to push too many boundaries, but rather continue developing Freddie Gibbs’ unique style.