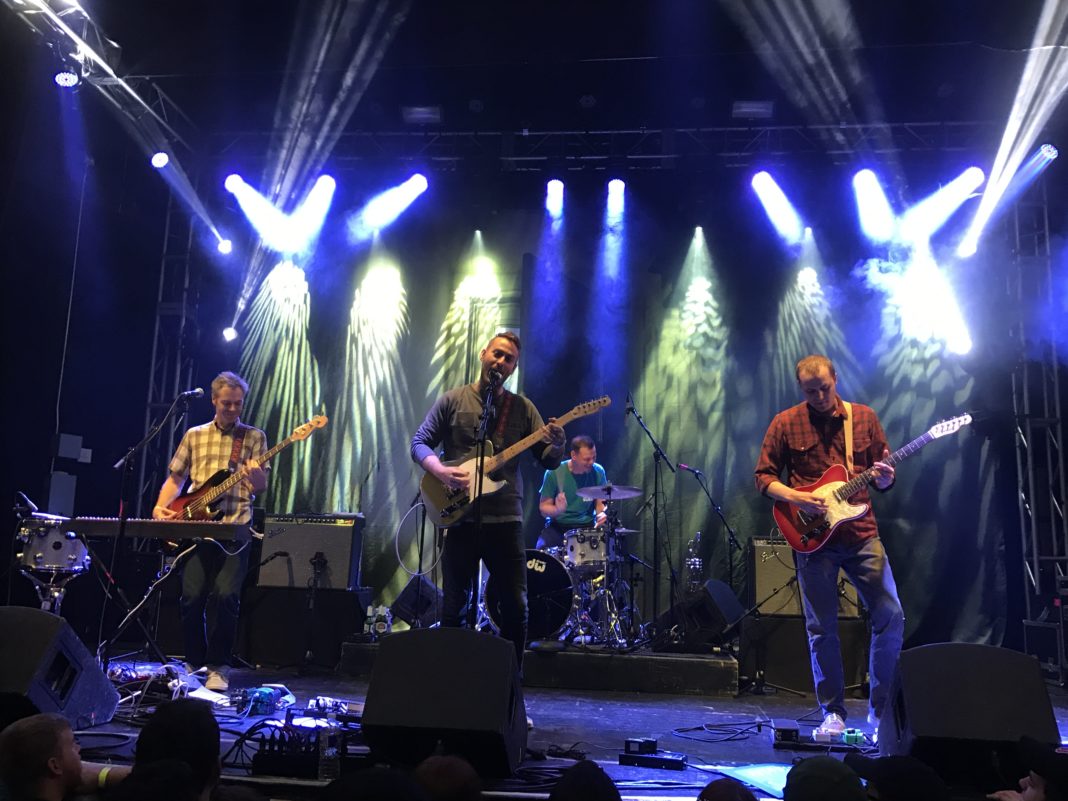 On a pleasant Saturday evening in Lower Greenville, emo fans of all ages trekked to the Granada Theater to experience the legendary Illinoisan band American Football. The band’s signature sound, a mixture of post rock, math rock, and punch-in-the-feels Midwest emo, has influenced so many contemporary bands that they have basically become the Velvet Underground of the genre. Their classic 1999 self-titled debut holds the distinction of being a record that every true emo kid has listened to while silently crying into their pillow. With all of that in mind, the Dallas crowd eagerly anticipated a performance worthy of such laurels.

The evening began with a solo acoustic set by the emo-leaning singer songwriter Kevin Devine. The set mostly consisted of sad boy ballads with the occasional passionate outburst. He played some of his newer songs like “Daydrunk” along with his popular material like “Ballgame.” Near the end of his set, the audience began to yell out requests and Devine obliged by jokingly playing the intro to “Stairway to Heaven.” Overall, the audience seemed pleased with his performance and the ardent Devine fans sang along to every word.

As the audience prepared their souls for an emotional set, American Football approached the stage. The first section of their set list was the entirety of their 2016 self-titled record from front to back. While the recorded tracks off the new album sounded more like an Owen (lead vocalist Mike Kinsella’s post-AF band) side project than a proper American Football release, the live performance of the new tracks were executed beautifully. Tracks like “I’ve Been So Lost for So Long” and “I Need a Drink (or Two or Three)” conveyed newfound emotional potency that was so lacking on the record. The band was obviously having a great time on stage performing the new tracks and the audience gleefully echoed Kinsella’s lyrics.

The second portion of their set dug into their classic material. Despite Kinsella lacking his youthful voice from 1999, the older songs sounded fantastic. The melodious repetition of Kinsella and lead guitarist Steve Holmes was in seamless harmony and was easily the highlight of each song. Fan favorites like “Honestly?” and “I’ll See You When We’re Both Not So Emotional” had the audience shouting along to every line. The emotional peak of the evening occurred during a particularly stirring performance of “For Sure.” Finally, the set finished off with “Never Meant” to a rapturous response from the audience. While the band didn’t end up playing an encore, the evening proved to be a great night for the fans.