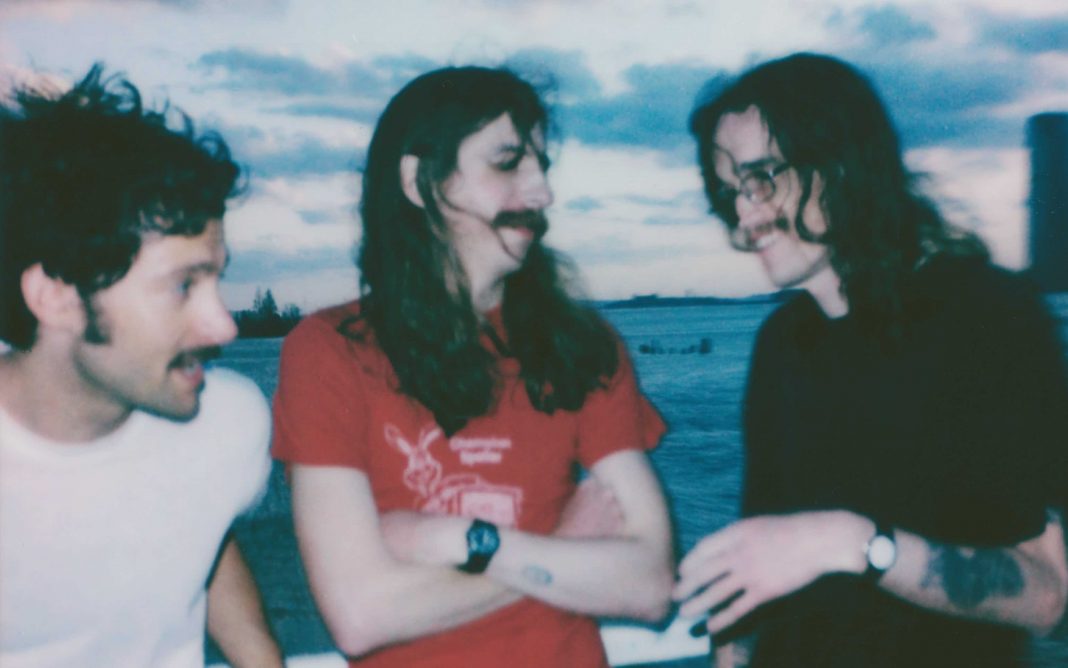 Triathalon made a fresh appearance this year with their newest album, Spin, the second in their series of albums where the cover depicts a dude drowning in a pool. This psychedelic-infused album was deeply enjoyable on first listen, and I was super excited to see the band do it justice live.

Club Dada was in the middle of some big-time renovations, with the whole front façade of the venue torn off its plywood interior. As I took pictures of the establishment’s sign, an older employee told us that the usually brightly lit sign was sadly extinguished until renovations moved further along. The gray skies still made for quite a nice picture.

We got there quite a bit before anyone started playing on stage, keeping an eye out for members of Triathalon. Once we spotted them, the Savannah, GA natives were gracious enough to give some background on their band and music process. They met with me and my guest interviewer, Alina Ahmed, in the damp backyard of Club Dada next to a beautiful piece of dry rot.

The dry rot in question

Hey guys! This is gonna be super informal. I didn’t write down any questions, but I have general things I wanted to ask you guys. So, you guys are from Savannah, Georgia. I have been lucky enough to visit, pretty cool town. Would you say that area has influenced your music in any way? Maybe not the area, but people that you met there, maybe grew up making music with?

Adam Intrator: Yeah, definitely! I mean, we went to school when indie music was, like, Animal Collective, that era. And I feel like people were just playing house shows, and I was influenced by all the bands that I would see my freshman year, and then I was just like, “Damn, I wanna make my own band, this is just really cool.” And then just the time, you know, there’s music like Surfer Blood, Girls, Smith Westerns, all that stuff was super prevalent. Just being that Savannah’s pretty weird, and there’s a lot of different musicians and people that you’ve met, it definitely influenced a lot. I actually think I got more influenced personally from our first tour from this band New Madrid, from Athens, Georgia. Their sound that they were doing, I was like “Oh, this is sick.” So I actually got more influenced by that after living there for a minute. So we went to school, were influenced by surf rock, all that stuff, that was like super, that wave.

Hunter Jayne: And it was definitely when we were in Savannah, there were a lot of bands and things that felt like we were kind of in a perfect era. We were just back there on tour, this past week, I feel like it’s changed a bit. It’s not the same town.

I can imagine. Thinking about progression of styles, I feel like y’all’s style has progressed throughout your albums. In the beginning, it was kind of more surf-rockish I would say.

Then you had more pop influence, and then now it’s more psychedelic rock. Is it a conscious choice that you guys make over what kind of genre or style you’re gonna do for a specific album? Or is it just whatever you’re feeling in the moment?

AI: Yeah, we never talk about it.

AI: We never have a conversation where we’re like, “What’s the vibe here?” It’s just like, this is just what’s going on. We all like so many different kinds of music.

HJ: I think we start to throw in demos to each other, and I feel like some of them stick, some of them don’t. And then you kind of work with what works. But it’s never conscious.

So with throwing demos to each other, do you guys usually live away from each other, experiment on your own? What’s the process like?

AI: I mean like, leading up to this album, it’s kinda random. Either we’d be together or separate. You’d make stuff in your house or the studio, and same with me. Yeah, everyone just has ideas. This is a riff, like let’s jam on this or let’s do this. Pretty casual. It’s all very organic and casual. I’ve realized that other bands write – it’s more meticulous.

Yeah. What are your favorite songs that you have made, throughout your various projects? Big question.

Just anything. If you think of one that was a big spark for you, from your heart.

HJ: For me personally, we did “Courtside” and “Distant.” I feel like that was kind of a turning point where something for me personally clicked in my head about a certain musical vocabulary or process. And just the time in my life when those were made was a really interesting time. So I think about those tracks really fondly still.

HJ: That’s a consistent answer, too. I feel like you’ve said that.

Yeah, you already had that ready.

AI: I was super fucked up and foggy when writing that. Just weird headspace, not fucked up like substance-wise. It was such a weird moment, and I listen back just like, “Don’t really remember making that!” I really like how it came out and it’s cool to listen back. It’s that perfect lo-fi quality that I always wanted to have on a song. I mean, that’s as lo-fi as you can get from GarageBand. Yeah, I like that one.

That’s really cool. Also, y’all have done lots of really cool collabs which are some of my favorite works from you guys. You know, Coco & Clair Clair, The Marias. How has the process collabing with other artists been?

AI: Another very casual thing. It’s really nothing. Marias was like, “Do y’all wanna make a song?” Really, it was simple. Coco & Clair Clair, with the remix, you know, it was just like “Y’all wanna remix this?” So they had their friend make the beat and chop it up–Paul Maxwell, who’s amazing. And they just rapped over it and sang over it. I feel like I only will reach out to people who I don’t think it’s gonna be a hard no. Yeah, just like “Yo, do y’all wanna collab.” You also kind of have to feel the energy with the artist in the moment.

Yeah. ‘Cause you’re not trying to chase anybody, you want it to just work.

AI: Yeah. You should collab with people that you actually fuck with instead of just collabing for the collab. You know. And I think it’s also different; instead of making a song with Coco & Clair Clair, for them to remix it. I felt like that’s the best way to approach a collab with them. But yeah, I mean, really chill. We love all those collabs, super fun. Also looking back at those songs, the “Drip” beat goes really hard.

AI: Definitely, that was something we were tapped in. That was “Courtside” and “Distant” too.

AI: Yeah, that summer was just bizarre. I like that era, that was a pure era.

And then right now, have y’all ever worked on music on tour? Do y’all ever have free time like that? Or… [laughs]

HJ: Yeah, there’s no free time. But also I think it’s good to just, after making a record, to sit down and play. And not put the pressure to come up with something. I feel like you get your step away from that mindset, just focus on performing. And then when you get done with that, I feel like then you feel rejuvenated.

Creativity versus performance. Each is their own feeling.

Which is very amazing by the way. I’m very excited to hear you guys’ set. I haven’t heard something like that from you guys before, I feel like you’re always bringing something fresh to the table. 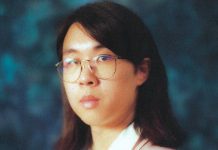