At first, I wasn’t sure if I had the right place. Club Dada looked nothing like the photos from Google Maps, with glass missing from its doors and closed up windows. A small lined milled about outside the venue an hour before doors were to open, the sound of their chatter mingling with the pulsing club music of surrounding Deep Ellum; the cacophony nearly covered up the obvious soundcheck occurring inside Club Dada, my assurance that I was in the right spot.

I went in early to interview that night’s headlining band, The Rare Occasions, and by the time we were done, Club Dada was nearly packed with a crowd of young, eager faces, pressed tightly against one another and soaking in the bright, neon stage lights. There were already lines around the merch tables for both TRO as well as their opener, Hot Freaks, although the excited fans merged with the crowd as soon as said opener began.

While The Rare Occasions gained a considerable surge in popularity after their song “Notion” went viral on TikTok, Hot Freaks were reunited by their unanticipated viral success. The upper-Midwest natives were fun, engaging, and the perfect precursor to The Rare Occasions; they left the crowd cheering and yearning for more, enough to the point that when The Rare Occasions finally took to the stage, the excited screams of the audience were completely earnest. 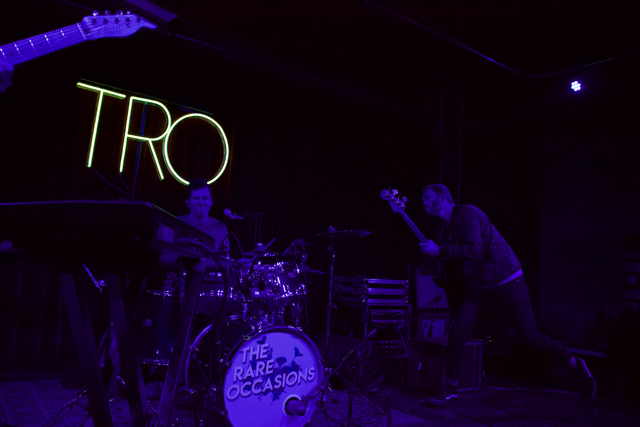 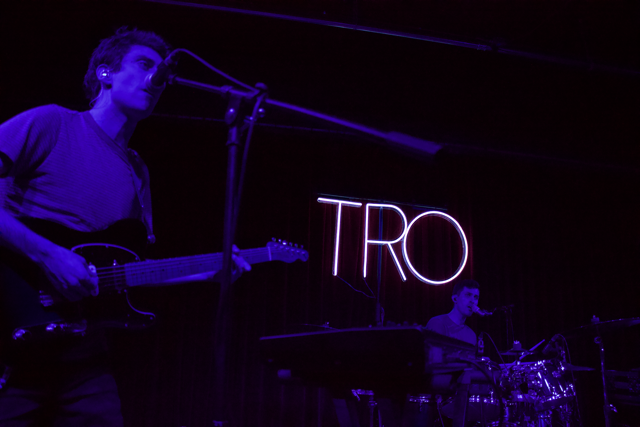 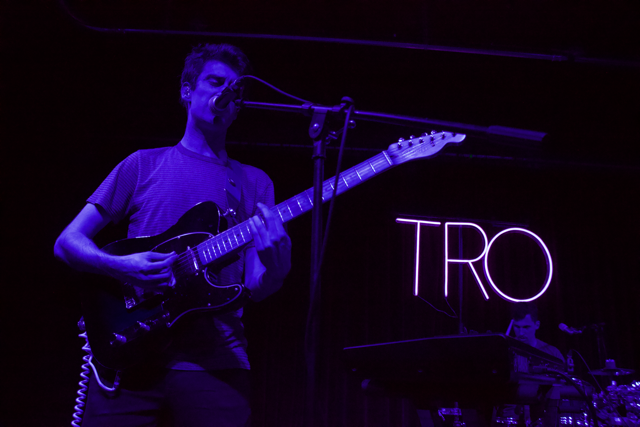 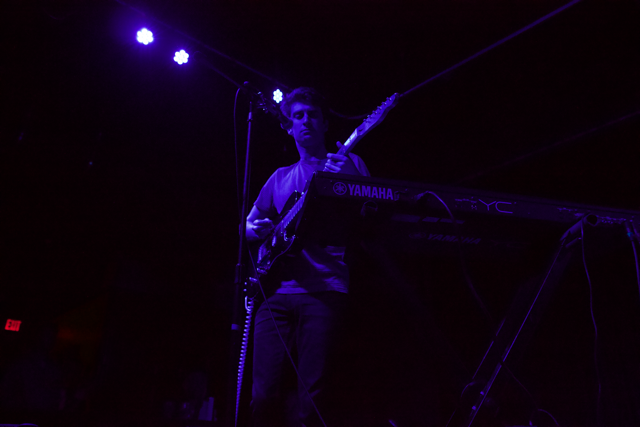 The Rare Occasions trio was full of energy from the get-go. Behind the three-piece, a bright neon sign with the band’s initials glowed above drummer Luke Imbusch’s head. They played hits like “Backwards” and “Origami,” pausing occasionally between numbers to laugh with each other and the audience. The trio interacted comfortably, with the kind of chemistry one would anticipate from a band with 10+ years together. Their comfort and ease with one another translated well to the audience, who were all too eager to enjoy the charming showcase before them.

The group was simply fun. With an excellent set of vocals that has only improved over the last decade or so, lead singer Brian McLaughlin bounced between keys and guitar with a well-rehearsed ease. Imbusch was laser-focused on his drums, but wasn’t afraid to make the occasional goofy face at one of his counterparts, and bassist Jeremy Cohen was full of energy and passion, more excited than young David Lee Roth on a Christmas morning. 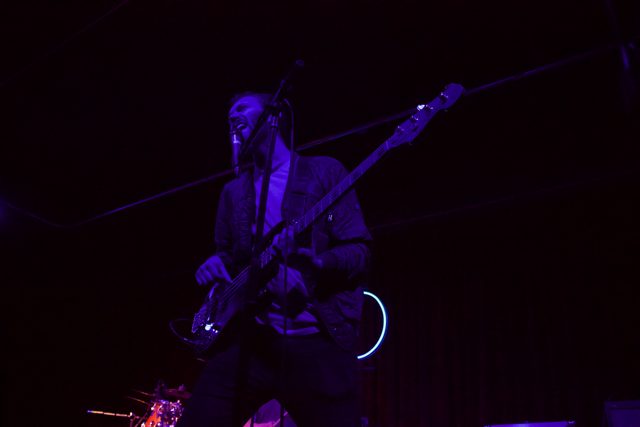 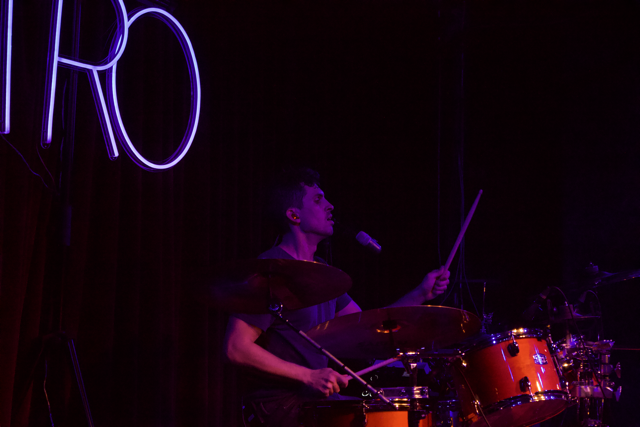 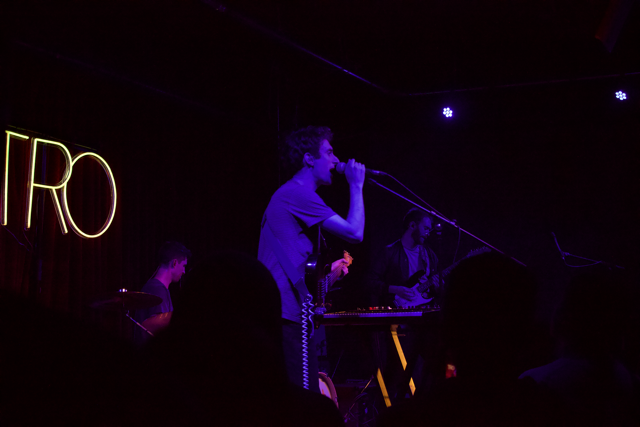 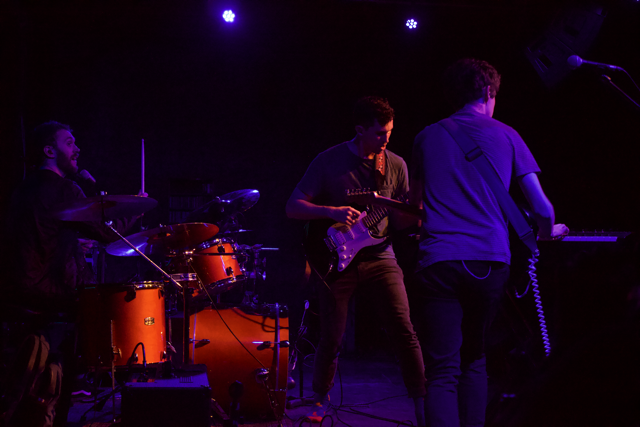 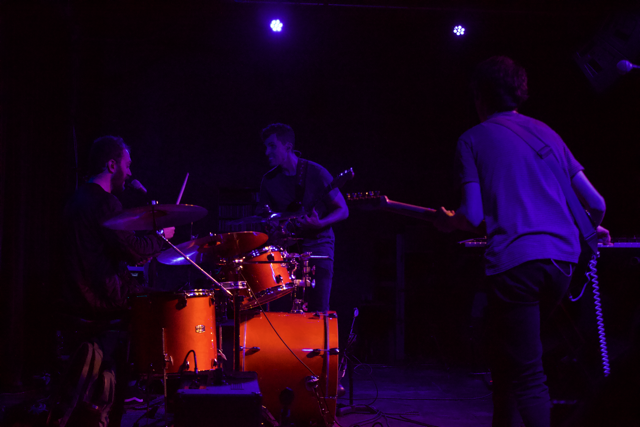 Their combined passion for performance seemed equally off the charts, and yet the trio had this laid-back feel about them. After a number in which Imbusch and Cohen switched instruments—a seamless swap—the three men walked off the stage together, Imbusch tossing his pick at the audience. The crowd screamed for more, shouting for an encore. It almost seemed that the concert had ended, although it felt premature. After what felt like an eternity, McLaughlin opened the back stage door and returned to the mic, smiling as he joked about the fast one they’d just pulled. Then he started playing an Arctic Monkeys tribute on his own, soon to be joined by his bandmates.

By the end of the concert, the audience had belted “Notion” and gave an enthusiastic send off to the band. Both The Rare Occasions and Hot Freaks lingered by their merch tables, happily chatting with fans who came up. Tour t-shirts, pairs of shoes, and people’s bodies alike were signed. Both bands were happy to oblige anyone who took the time to come greet them, furthering the warm, comfortable vibe that had started even before the concert. Both bands were earnest and sincere in expressing their gratitude. It seems that anyone lucky enough to be at Club Dada that night walked away completely satisfied.