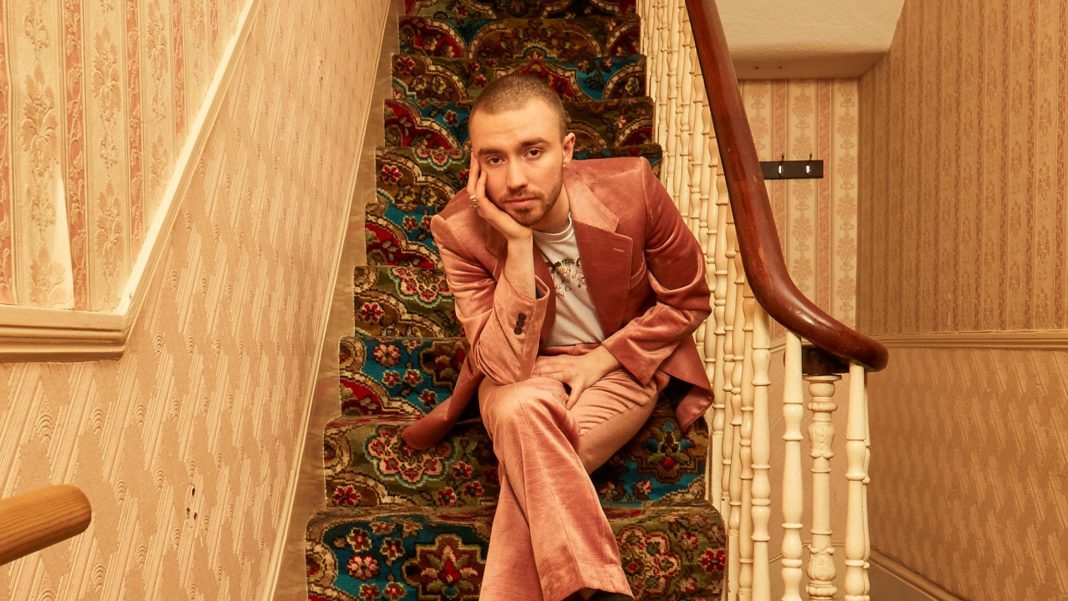 OF: So, you are currently just winding down on your Autumn Tour, right?

MM: Yes. I only have four more shows left.

OF: Gotcha. Including today?

OF: Okay, so it’s here. Is it Austin, San Francisco, and—

OF: Okay, yeah, I read something today.

OF: So how has the tour been thus far?

MM: It’s been great, yeah. I mean, it always feels a lot more of a full-on experience than a Europe/UK tour, just because of the culture shock of it all, and also the crowds are just really special out here in the States, so I think something obviously happened over the pandemic, and with more live music, that just means they come out here, and it’s quite overwhelming and lovely, how into it the crowds are. So yeah, it’s really nice.

OF: Oh, that’s gotta be nice. There’s a giant line outside. It’s, like, well over a block.

OF: How has your popularity after the pandemic been?

MM: D’you mean how has the increase felt?

MM: I mean, it’s a very… it’s all really a pleasant surprise. I think we all often think that our first go is often our only shot, and I maybe felt like after my first album that I wouldn’t end up playing shows like I am today. It was just a real bizarre, pleasant surprise over the pandemic to have a song go viral and also just to have people fall in love with other, older music that had no right to be more fallen in love with. Y’know, I wasn’t, it wasn’t being pushed by anybody or marketed, y’know. So it felt like a bit of a blessing to be honest. Because I’d love to keep making albums and that is definitely made more possible when people listen to them so yeah, so that’s great.

OF: That sounds awesome. So, it was 2015 you released your first single, right?

MM: Mm, yeah. It was just like a demo in my bedroom kind of thing. Yeah.

OF: And you’ve just released another single on the 28th, right? “Mother”?

OF: So, could you just tell me a little bit about that, I guess?

M: Yeah, I sort of said to people at shows and even online that it’s kind of just about a very real conversation I had with my mum about my ex who had a sort of very special place in her heart as like a kind of, sort of… Yeah, it was so literal, the song. It was really like a daughter she never had. And we had this very bizarre, ironic kind of conversation where I was kind of comforting her about something that I’d been comforted about years before. And the reversal, the role reversal, felt a bit strange in a way that I did think it would make a sort of weirder song about a breakup. And, just, moving because it’s true to me, I guess. Yeah. Kind of a bizarre craft sometimes when you sort of make these conversations forever by putting them in a song, they’re there. But yeah, this was just one of those moments where I did just that, really. And I didn’t really try and put any comedy in it, which I normally do, so. [chuckles]

OF: I don’t know, you have like a very nice, dark sense of humor in a way, but it’s so poetically put most often.

MM: Yeah, yeah, I think as well, when it wasn’t about my own heartache maybe, there was less of a reason to poke fun at it. That was almost like going through my mum’s experience. It was less of a like, laughing at it in a way that maybe when you’re singing about yourself, I feel a little bit more inclined to have fun with it because no one’s being made fun of but me when I’m making fun of it, y’know? So, yeah, maybe that is why it ended up like that as well.

OF: Well, it’s a really, really gorgeous song, so.

OF: And then, earlier in the year, you released an EP that you toured for, right?

MM: Yeah! I mean, sort of. I think that the tour sort of revolved around Good Morning It’s Now Tomorrow. But yeah, that EP did like, bookend the tour.

OF: Gotcha. It had “You Deserve an Oscar,” the quiet version, right?

OF: That was playing in my house for months. My sister—

OF: I think that’s my sister’s favorite song of yours?

OF: So yeah. Looking at kind of how you’ve evolved stylistically over the years, because—when did you, that was more of a quiet remake of something you’d already released, right?

MM: Right, yeah, it was a lot of songs from the third album just reimagined in a very stripped back, simple way.

OF: Okay. I guess, looking back, just to where you were writing then and even your first single, how do you feel that your song writing has evolved over the years?

MM: I think it’s gone through waves, maybe. I think that a lot of the time, it’s playing with the levels of earnestness. A lot of the time, it’s kind of being earnest and then being a bit more comedic and then being earnest again and more comedic, and, yeah, I don’t know. It’s hard to really wrap it up into a succinct “I was this and then I was that and now I’m this,” but I think hopefully it’s gotten better. I think I just feel a lot more comfortable with singing in any way now about anything. And I think that should hopefully mean that the music does continue to stay at a level I feel proud of and yeah.

OF: Yeah, no, that’s awesome. So, I guess, we kind of brushed up on this before, but do you, personally, over the years—again, looking back—do you think that the success of “As The World Caves In” has impacted your songwriting, or anything like that?

MM: I’d say not hugely. I think it’s hard to deny that you feel more excited about writing albums if you feel like people will actually listen, and maybe a song like that doing what it did made me feel like there was still a place for it, but I equally think that… it kind of came at a time where I was so far gone in how I’d change, it didn’t really have maybe as big an effect as it would have had if it went big in the moment and then I felt overshadowed by it. I definitely don’t feel overshadowed by it. It just feels some kind of nice, a nice thing that’s happened rather than like a resentful, trying to outgrow it situation, ‘cause I kind of already have, and so I think I kinda can’t go back to that moment in time, so in a way, it happened at a time when it had the least impact on my writing mindset.

OF: That doesn’t sound too bad though.

MM: No, no, definitely. I think a lot of bands famously sort of hate their big song or want to be different from it, but, yeah, I don’t know. I don’t feel like it casts a shadow over me in any way, which is nice.

OF: That’s really neat. Yeah, that’s awesome. So, with the release of “Mother,” and— you’re about headed back to London, right?

OF: What do you figure is next?

OF: That’s gotta be quite nice.

OF: Yeah. Do you write music when you’re on the road at all, or…?

OF: That’s gotta be nice, you just get to be home and do exactly—

OF: Is there anything you wanna tell anyone who might be reading this?

MM: I think all good, other than have a good day, and yeah. Thanks for coming to the show if you have and see you next time. That’s it.

OF: Awesome, well, thank you so, so much, and good luck with your show tonight and the rest of your tour as well.

MM: Thank you, thank you. 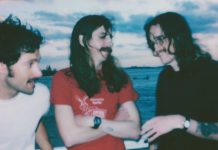