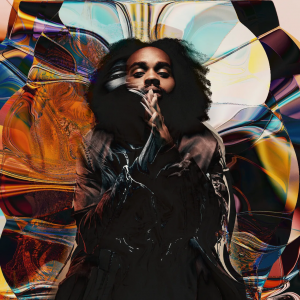 Fly Anakin returns from last year’s collaborative efforts with Pink Siifu with his compelling debut album Frank. The title is a credit not only to Fly Anakin’s real name and therefore identity, but also of his candid nature of storytelling on the project.

Though Anakin’s collaborations with Pink Siifu, $mokebreak and FlySiifu’s, were enjoyable records in their own right, it was unclear whether Fly Anakin had the ability to evolve in the way Pink Siifu had on inventive projects like Negro and GUMBO’!. However, Frank makes it abundantly clear that Fly Anakin is more than capable of originality, and also has the lyrical talent to back it up.

Anakin’s songwriting talent is emphasized through his incredible aptitude for inventive rhyme, seen on the project’s opener “Love Song (Come Back).” The track eases the listener into the environment of the record using a soothing soul sample and gentle bells and synths. Anakin manages to take the tone a step further with the track by abstractly describing an experience of losing a close loved one. It’s a perfect foundation to the themes of the record, with its gratifying production and clear lyrical structuring.

Anakin demonstrates his rap proficiency on “Sean Price” and the self-produced “Bad Business (Killswitch).” Highlights from “Sean Price” include the inside-out rhyme pattern in “Sure, we moved on, but face value turned into a never ending coupon / Manoeuver wrong and we gon’ move you off the atlas, pawn,” as well as the out-of-order lines like “You real, I doubt, nobody vouched,” that MC’s like MF DOOM are known so well for. The production by rapper and beat-maker Evidence on “Sean Price” seems influenced by RZA of Wu-Tang Clan, given the Asian-inspired strings and deep, dusty drums. “Bad Business (Killswitch)” is the perfect use of Fly Anakin’s unusually high-pitched voice, suiting the similarly unorthodox soul-sample.

Anakin’s laundry-list army of producers is also on point. Teaming up with Madlib for “No Dough,” we get a taste of the rumored collab album between the two. Though the track doesn’t seem nearly long enough, given how well Anakin’s performance fits the rough mix and knocking drums, I do understand Anakin’s withholding to create demand for the potential album. Producer Foisey also leaves his mark on the album, making the instrumentals for “Love Song (Come Back),” “Poisonous Primates,” and record standout “Class Clown (Interlude).” Foisey revives my love for the soul sample with these three, specifically on the addictive “Class Clown (Interlude)” where Anakin disses people who put up a facade for laughs and approval. Half of the songs on Frank sample vocals from old soul music in a refreshing way, something I haven’t seen since Earl Sweatshirt’s Some Rap Songs in 2018. Hats off to Foisey and the rest.

DJ Harrison produces “Black Be the Source,” a track that features Pink Siifu and Billzegypt. Anakin’s first verse is one of his best on the record, describing an anecdote where he crafted rhymes after blacking out. The verse shows his true passion for rap, thematically attributing his unending hunger for success to his blackness. Killer background vocals from neo-soul artist Billzegypt enhance Anakin’s verse. Pink Siifu delivers a powerful guest verse, speaking not only on racial discrimination rooted in the U.S. government’s infrastructure, but also the willful ignorance of most of the people too privileged to worry about institutional racism. Lyrically, this is the best feature on the project, with vivid juxtapositions like “Pigs kill, build and destroy, clarity clear truth on me / Gold teeth, I’ve been smiling at fear, bag on me” earning it this status. All around, this is an impeccable performance from each vocalist, not to mention the hypnotic beat that entrances with ease and allows for clear understanding of the imperative lyrics.

Smooth cuts on the album like “WaxPoetic,” “Underdog Theme,” and “Telepathic” reinforce Anakin’s ability to flow on more serene tracks, something we got quite a bit of on $mokebreak. “Telepathic” showcases Anakin and guest Big Kahuna OG trading verses and playing off of each other’s rhymes. As the title suggests, the two rappers appear to share a brain for the entire track. Although the project is mostly backed by high points, Frank is certainly not without its faults.

Complications on the record arise when Anakin leaves tracks slightly underdeveloped. The second half of the LP is bogged down by half-baked tracks, especially in the last few tracks. As a closer to Frank, “Bag Man” doesn’t feel conclusive to the record. Sonically, it’s the most generic out of the soul sample beats on the album. Lyrically, Anakin doesn’t wrap up any of the themes present throughout most of the project. This also brings up another issue with Frank: thematically, Anakin doesn’t attack any one idea, but instead a collection of uncorrelated experiences. This means that effectively concluding an album such as this is unfeasible, fating “Bag Man” to fail.

Overall, Frank has far more strengths than weaknesses. Adding up Anakin’s poetic rhyme structures, his Westside Gunn-like high-pitched vocal delivery, variety of beat styles from more than 10 different producers, and cohesive sound, Frank is one of the best hip-hop records of 2022 so far. 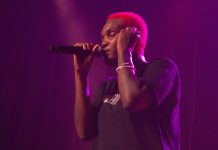