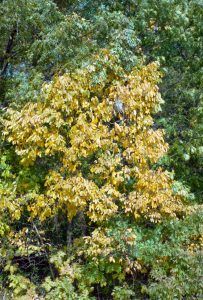 The most enthralling sound when I was a kid was booting up my game console. Slight ambient start up twinkle then, Boom! A powerful cord glazed in reverb explodes from the mist. I knew I was about to enter the unknown.

In China Club’s world people travel at warp speed. You find love and it’s gone. You find sustainable peace and it vanishes. Ideas begin to expand through bit crushed tape saturated midi, and then they are kneecapped for stepping out of line. It’s loud and noisy and non-stop and vibrant.

Press play and the game begins with “Pellagra (Reprise)”. In a flash of discombobulated reversed noise, composure is swiftly gained as the hyper car radio is tuned into the alien planets local radio station. Pitch shifted keys sound like they’ve respawn out of the ash of vaporwave. The drums breakbeat pattern appears to have been uploaded to the cloud but the monopolized ISP was throttling the upload speed providing some hiccups distorting any recognition of time signature. This is just an anarchy appetizer flashing a glimpse of what is to come.

“Ming” builds to a peak with bright cords pounding at the seams that give way to one of the grooviest beats on the tape. The contrast of the smooth toned yet angular baseline, versus the 8bit 90’s videogame nostalgic keyboard loop is stunning. After the bass breakdown, some fast-forwarded tape sound, a squeak toy, and what sounds like a Ninja Gaiden sound effect we enter into the 3rd boss wave of this four minute track. This is our Hyper Pop detour where we enter the loud and noisy. Wave hi and bye to 100 Gecs as we blast through their shrub and into the last leg. Finishing strong as we get a bellowing sax solo over a lo-fi jazz rap type beat. I cannot overstate how sexy the closer to this song is.

With IDM and Footwork there’s a large emphasis on rhythm and mobility, which looses a human touch to some extent. These genres can easily become cold and stifled. China Club doesn’t stay anywhere for long but when these core elements appear, personality still shines through on tracks like “Real Heads” and “Rudy”.

The one and only vocal performance comes from Sabz on “MVisage”. The first half of the track is in English and then once the beat switch hits so does the language. At this point of the track it’s more of a chopped and (not really) screwed approach in the editing style as the tempo remains the same, but our original melody is jagged. The harmony from the dreamy vocals blends well to the composition. It’s a stand out track and one of the most digestible on the album.

“Zhizhi” embodies a similar structure as “Ming”, a longer length track with multiple excursions throughout. “Zhizhi” has a cooler head in comparison, with one of the best bombastic drum loops to start off. The piano chorus in the middle section flows so well with the bass and then the baton is passed to the ethereal synth. The final beat switch nods back to the old Dj Shadow days of a killer instrumental hip-hop drum break with a found sound sample over top. The lack of abrasiveness on this track provides cohesive clarity.

“Ka-Kui” is lit and burning everything to the ground with it. This heightened energy blast is brought to you in part by killer drumming and a PHAT bass line. The hiss on the high-hat knocks my socks off. The staccato synth stabs along with the wacky midi arpeggios provide the last great dance moments of the project.

To wrap it all up we get “Try Again”, a track that is the embodiment of the game over screen. The track begins its spiral decent and fades, demanding you insert your credits and run it back.

Ming + Zhizhi is chaos and I enjoy nearly every second of it. The tape breathes experimentalism into some of the genres that need it the most right now. If you are into traditional structures this project might not be for you. This album is fast paced, which keeps retention, but it may turn some away because it doesn’t expand on it’s concepts. And to a small extent I do withhold that ideology deep down because I find the longer tracks to be more powerful than the vignettes. However that desire is swept under the rug when I hear so many radical ideas at a blistering rate. Build and destroy is the name of the game and I hope that China Club doesn’t pass the controller anytime soon.

I wanted to know more of the lore behind this project. So, after completion of the review I reached out to the mastermind behind it all, Kamaron Black. The following was his narrative for the tape: