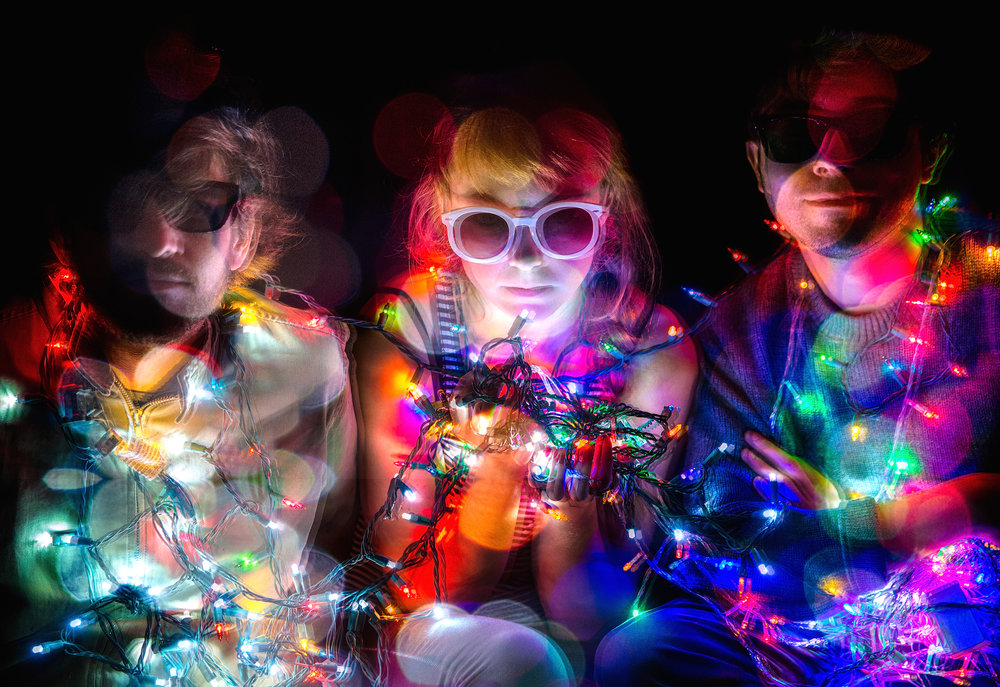 RadioUTD DJ’s Tyler and Isabel met with Guerilla Toss vocalist Kassie Carlson outside of Rubber Gloves Rehearsal Studio to discuss their latest project. This interview has been edited for clarity.

What does the name What Would The Odd Do? mean both in the context of the EP and to you personally?

Um, well it’s based off the kind of phrase, like, “What Would Jesus Do?” but, it’s like, what would the weirdos do instead because religion has failed us in so many ways. You know? So kind of listening to your peers and the DIY community and just figuring out, you know, what’s true and honest. Checking in with your friends, stuff like that.

That’s really important. It’s a really wholesome and sweet meaning behind that.

Reading interviews you’ve done in the past, a lot of people will ask about how your music has progressed and how the writing has changed from one sound to another. What would you say is something that’s remained constant throughout your music, something that rings true from the beginning to now for Guerilla Toss?

I read your AMA (on Reddit) and I noticed that you said for the “Plants” music video, you got the assistant editor of Midsommar (to direct), how did that collaboration come about?

I don’t know, I think they just hit me up via email. They were like a really cool person and so was their partner and so it was cool. Max Berger and Jade Goheen. They were amazing.

What of your music videos is your favorite? Either that you enjoy the most or that is most representative of the band’s sound or energy?

That’s my favorite as well!

Yeah, it was done by two sisters who live in L.A. They now have their own really sick studio and I hope to work with them again sometime. That was super fun, just getting into different costumes. I wish we had more time to work on our stuff but it was really cool in the end.

That’s really nice. Maybe a weird question, but do you have a certain dream or vision for a music video for any songs that you wish had come about?

I: I was just kinda thinking of this a little bit ago, but like, have you ever gotten lost in a store and like, couldn’t find your mom?

RUTD: That happened to me once at a zoo. It was big, it was scary.

I: I feel like that’s more scary for your mom, though.

RUTD: But as a kid everything is so big and scary. One aisle of the grocery store is this really big like, road. Towers. It’s scary, it’s like, all I know is cereal.

K: Someone gave me a present on my birthday which was a few days ago, and it was like, a stuffed Garfield toy that I had in my crib.

RUTD: Woah, did they know this?

K: No no no, of course they didn’t know, but I saw it and I was like “oh my god”, I was really moved by it. I just remember looking at this Garfield when I was in the crib and being like, “Why am I in this crib”?

I: Yeah, those random moments of consciousness!

K: That’s kind of like, a lost kind of thing, like, why am I in this crib? I was looking at the Garfield-

K: Yeah! Just being little and like, why are things happening?

RUTD: That’s such a funny thing that they happened to give you this thing you knew from your childhood, like the same exact one.

I: I thought you meant THE one from the crib.

[us talking over each other about Garfield being stoned + Garfield phones washing up on the beach, Ivette says bye]

Oh yeah! My dream video would be something like, great animation. We did that a little bit in “Skull Pop”, there was some claymation, but I just think animation is so sick. So cool. I really like green-screen, that’s what we did with “Meteorological”. But animation is so sick too.

Combine ‘em? Forget about it.

What is the story of Watley? How did you meet?

Ok, so Watley’s from Alabama. He’s a rescue. He was supposed to be like, a stud for a breeding place. Which is funny because he’s really shy and skittish. But he’s a great dog, the greatest dog ever. He’s super smart, he’s good on the road, he’s like, sleepy.

We have a bed for him and us. It’s like, elevated. He just likes looking out the window and sleeping and checking us out.

Yeah, he’s in the van. He’ll run around at the end of the night. It’s his nightly ritual.

👽👽👽Our live session with @wfmu plays live today 3-6pm EST! 👽👽👽👽or any time via their website! Thanks @jerkfacemccatkittens Tue. Oct 22nd, 3pm – 6pm: Guerilla Toss SPIN AGE BLASTERS is mega-stoked to bring you a two-parter from freak-funk overlords GUERILLA TOSS. Guerilla Toss hijack all seventeen of your senses and take us on a journey down the superhighway of life with a frantic set of lysergic post-punk disco followed by an extended foray into uncharted and farflung regions. Masterfully recorded/mastered by Ernie Indradat and sliced/diced by Creamo Coyl, don't miss this extra special episode of queasy and pleasy cosmic vibrations.

What would you say are some of your most important albums that have come out this decade as we round out the 2010s? Is there an album that’s stood out to you or defined this generation for you?

Umm… I don’t know, that’s really complicated. I listen to soooo much music, especially on the road. But I’m really excited to do this Battles tour that’s coming up. That’s gonna be really special. And then I’m excited to do the Rubblebucket tour too for New Year’s.

It was amazing. It was super fun.

It’s a festival that’s so important for Texas, there’s nothing like it. It always has such an amazing lineup. Was your experience really fun with the people, like-

People were super engaged, they were dancing a ton. Singing the words. You know, it was like crazy. Legit so fun.

Do anything fun in Austin?

Just the show. Our car broke down the day before so we had 11 hours to drive but it ended up being so much longer. It broke down in New Mexico, then I had to walk a long fucking way and then like… the fix wasn’t that expensive, but…

Still a pain in the ass.

Yeah. Yeah, so we had to drive a bunch yesterday so we were late. But the show was fun, we got some good food, I had a salad.

Denton for sure! Denton is like, the original GToss super-fan. We had some like, Rick Eye and all of his friends in college book us when we were like… no one knew about us, you know. Denton is really special, there’s a lot of weirdo music people. Dallas is cool too, great school there. We’re happy to be here, this is a legendary place.

Check out their latest EP What Would The Odd Do? below! 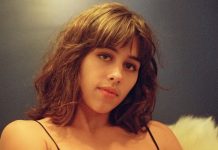 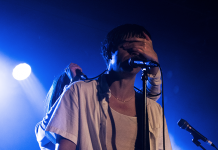