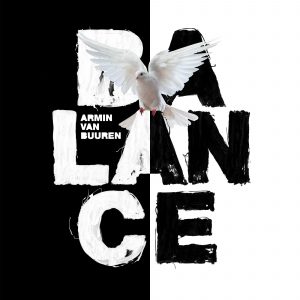 For those of you here who think of Armin only as “the Dutch trance legend,” most of the tracks in Balance are going to be a bit of a disappointment, at least on the first listen. Except for a very few festival bangers like “Blah Blah Blah” and “Show Me Love,” you won’t hear that many loud, overwhelming, treble-heavy build-ups followed by massive bass drops and white noise sprays. But once you embrace the brand-new artistic direction he’s taken with this album, you’ll realize why Armin van Buuren is still at the top of the EDM game while so many other DJs come and go overnight.

The sound of Balance is permeated with laid-back guitars, shakers, pianos, and synth plucks, and over all the new content in the album has a significantly more low-key, pop-infused feel than most of the over-the-top, high-energy anthems I remember from Armin’s past work. “Don’t Give Up On Me,” a collaboration with Lucas & Steve and Josh Cumbee, is the perfect example of this new feeling Armin brings to music, with acoustic guitars, washy synth pads, gentle bells, and the ultimate infectiously catchy chorus vocal. “It Could Be” with Inner City is a breakthrough innovation – dance music enthusiasts finally get to hear one of the most influential bands in techno/house music and a current superstar DJ interpret each other’s sounds! The opening chord stabs are reminiscent of Inner City’s classic “Good Life” that was a staple of 90’s electronic music, but “It Could Be” contains more natural-sounding instrumentation in addition to the purely synthetic elements, and it’s mixed and mastered to 2019’s audio standards.

Nevertheless, there’s still plenty of harder music on the album that marks an extension of the iconic Armin sound – already I can picture a huge room full of people merrily chanting along to the captivating melody of “Revolution,” as well as the aforementioned absolute banger “Show Me Love” that I’ve been blasting over my car stereo lately. And, as if that weren’t enough, Armin demonstrates truly next-level creativity in the way he borrows pieces of all sorts of styles and genres. The track “Don’t Let Me Go” opens with the types of soft sounds you might expect to hear in the background music played at a restaurant, before transitioning into a hardstyle drop, in which traditionally aggressive sound design meets a rather pleasant and cheerful melody.

To be honest, the day this album was released, I quickly and excitedly opened the SoundCloud playlist, only to close it almost equally quickly because I though it sounded weird and not fun. I even told a couple of my friends that I liked one or two tracks but wasn’t a fan of the album as a whole. Nevertheless, Balance has something unique about it – something that kept me coming back for more. The reason that Armin van Buuren still has hundreds of thousands, if not millions, of fans who show up to festivals and listen to him mix – even more who listen to his radio show – is that he’s a tastemaker. Everyone in the world of EDM has loved his sound thus far. And, as this album shows, when he gets tired of doing what he’s done before, he doesn’t just relegate music to a source of income and produce dull, same-sounding songs. He doesn’t go rant on Twitter about how “EDM is all about money and none of the DJs are creative anymore.” Instead, he takes the sound in his mind, and somehow he turns it into a new thing that will still resonate with millions of listeners. Over the past several months, I’ve felt like Armin has been trying to explore a different sound in his music. Yet I think that Balance truly marks the dawn of a new era – an era in which Armin van Buuren is no longer a “rave music” producer per se, but Armin van Buuren is a musician who writes songs for every moment and every emotion – whether you’re at home, in the car, or standing before a festival mainstage. Armin isn’t thinking about “what music should be.” He’s thinking about “what music could be.”