Ah, Anamanaguchi. The most uwu thing on the planet. Even the name sounds like a very uneducated western attempt at speaking Japanese. But alas, its weeby appearance is a mere coincidence. Though this fails to stop the New York quartet from leaning into some of their Eastern influences. Since their explosion onto the internet through chiptune forums and gaming blogs, the boys have since written scores for video games, and collaborated with the likes of meesh, HANA, and the almighty Hatsune Miku. Most pertinently, Anamanaguchi have three exceptional records, the most recent of which–[USA]–came out two weeks ago. And their tour for the comeback album began this past Wednesday night, at Dallas’s Granada Theater.

Though the [USA] vinyl double-LP sold out before their set, the room filled more patiently. The night began, as I entered the theater, with Anamanaguchi’s pseudo-frontman Peter Berkman announcing he would be showing Wyclef Jean’s legendary performance at Woodstock 99 from a YouTube video which he had pulled up on the stage-size projector screen. An unexpected start. I found the video mildly entertaining, but I was particularly itching to hear the opening act: Terror Jr., a band I had first heard the name of about 30 minutes prior. After Wyclef Jean’s flawless performance, the screen lifted to reveal two people and one giant inflatable dragon.

Thankfully, Terror Jr. readied the stage better than anyone possibly could for a band like Anamanaguchi. Their music was mostly good–felt like a hybrid of Purity Ring and Ariana Grande–but it was really the stage presence that piqued my interest. The duo of Lisa Vitale and David “Campa” Benjamin Singer-Vine were shy but playful, dancing back and forth, bouncing lines off of one another, and joyfully bantering with the crowd in between every song. Vitale’s voice was airy, bouncy, not commanding but not inept either. Singer-Vine’s beats felt light on the ears yet sophisticated. I remained skeptical for the first three or so songs, but they left me with a wide smile by the end of their set. Plus, the crowd named the dragon Big Bertha. I had no reason to resist.

Anamanaguchi took the stage in record time, especially considering the amount of decorative lighting fixtures that surrounded them. The set began with the title track of the group’s new record, while a scrolling marquee asked the crowd how their day was and what they were doing for halloween. This gesture kicked off a level of stage presence that really made me feel genuinely loved and cherished by the band, which I rarely feel at a show like this. Then all of the lights burst into pixel-y flourishes as the boys took the spotlight.

I must say: while they relied mostly on recorded tracks for the entire set, they remained energetic, engaged, and explosive. I stood closest to Ary Warnaar, who I remember in 2013 flaunted some intensely bright green hair, but now pranced before me sporting a near buzz cut and an exquisite t-shirt of Calvin from Calvin & Hobbes pissing. I was enthralled from the first note onward. The boys, despite never singing, kept up enthusiasm throughout the hour-plus-long set. Luke Silas in particular looked unstoppable, drumming as fluidly and flawlessly as a metal drummer, sweating profusely and peeling off his shirt barely a third into the setlist.

The crowd matched this energy of not surpassing it. Lots of cheerful, brightly colored young folk leaped and screamed and danced like they made it through the gates of heaven. At one point, during Anamanaguchi’s smash hit “Meow!”, one tall individual was brought onstage by the band with a pair of what I can only guess were two giant glowing yo-yos. It felt like the most uplifting rave I could ever attend. And, as if that wasn’t enough, one man was carried across nearly the entire venue without even having dove from the stage, and bassist James DeVito sent one of the massive tubular lighting rigs across the crowd, because fuck it, right?

The songs were performed impeccably, and made perfect sense for a live setting. A favorite moment for me came once again from the scrolling marquee, during the song “Pop It,” which announced stats on rateyourmusic.com for the track, including maintaining a rating of 4.20 out of 5 for months. The performance prompted me to take [USA] more seriously, a record I initially found to be a bit more sparse and slow-burning, but now has joined the ranks as one of my favorites of the year. By kicking off their comeback tour in Dallas, Anamanaguchi proved after 6 years of silence that they’re still the most compelling group working with chiptune today. 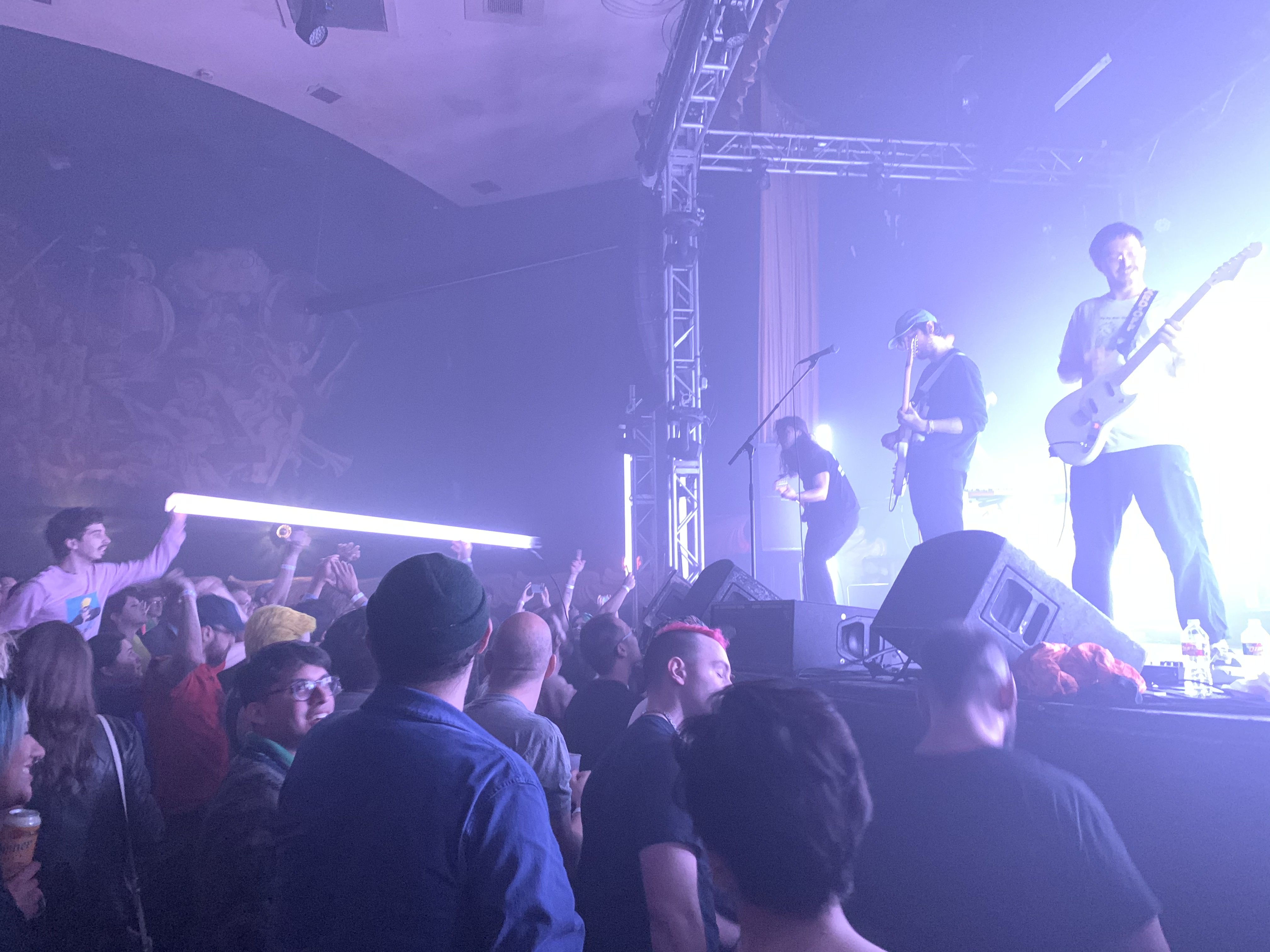 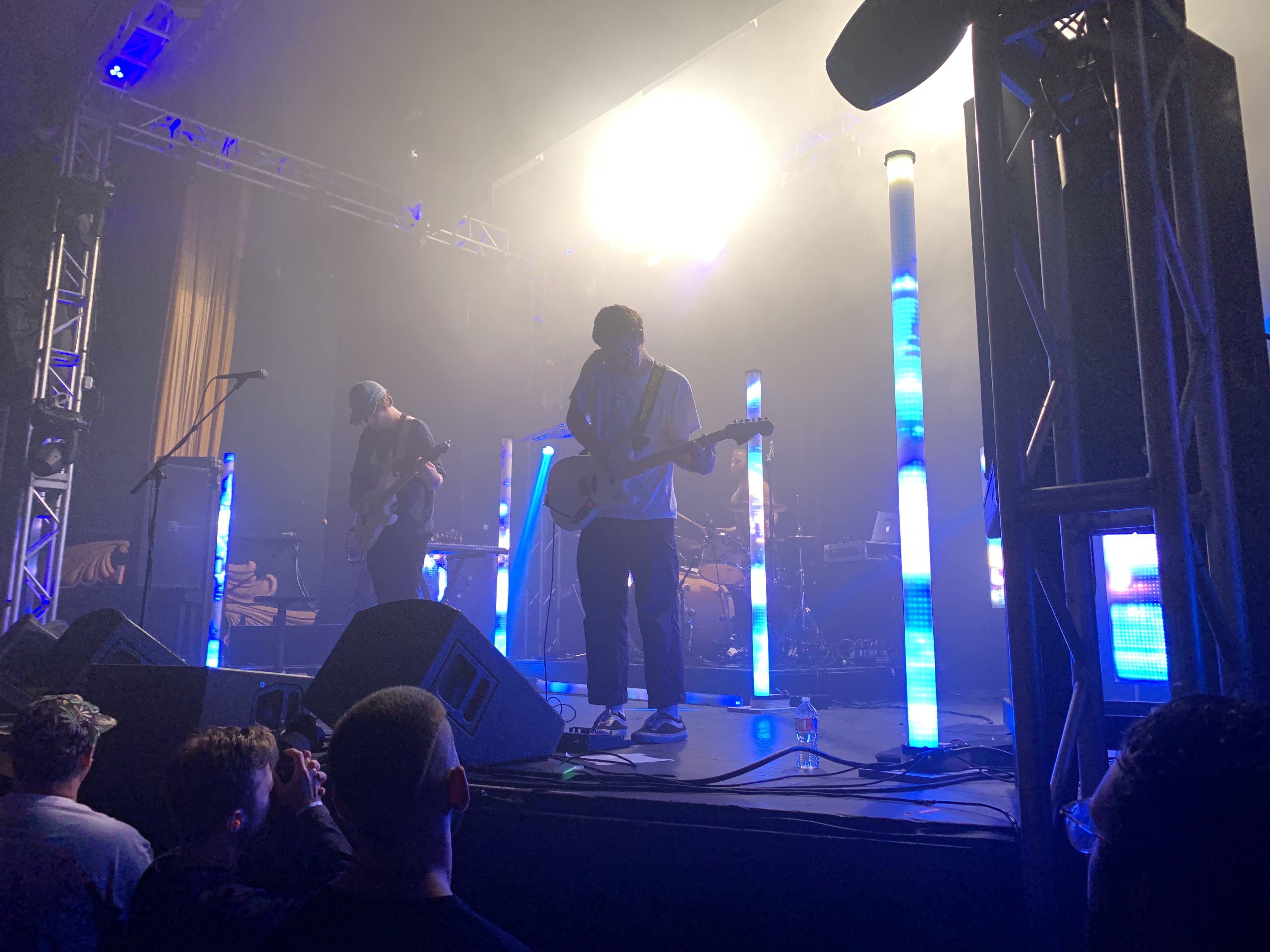 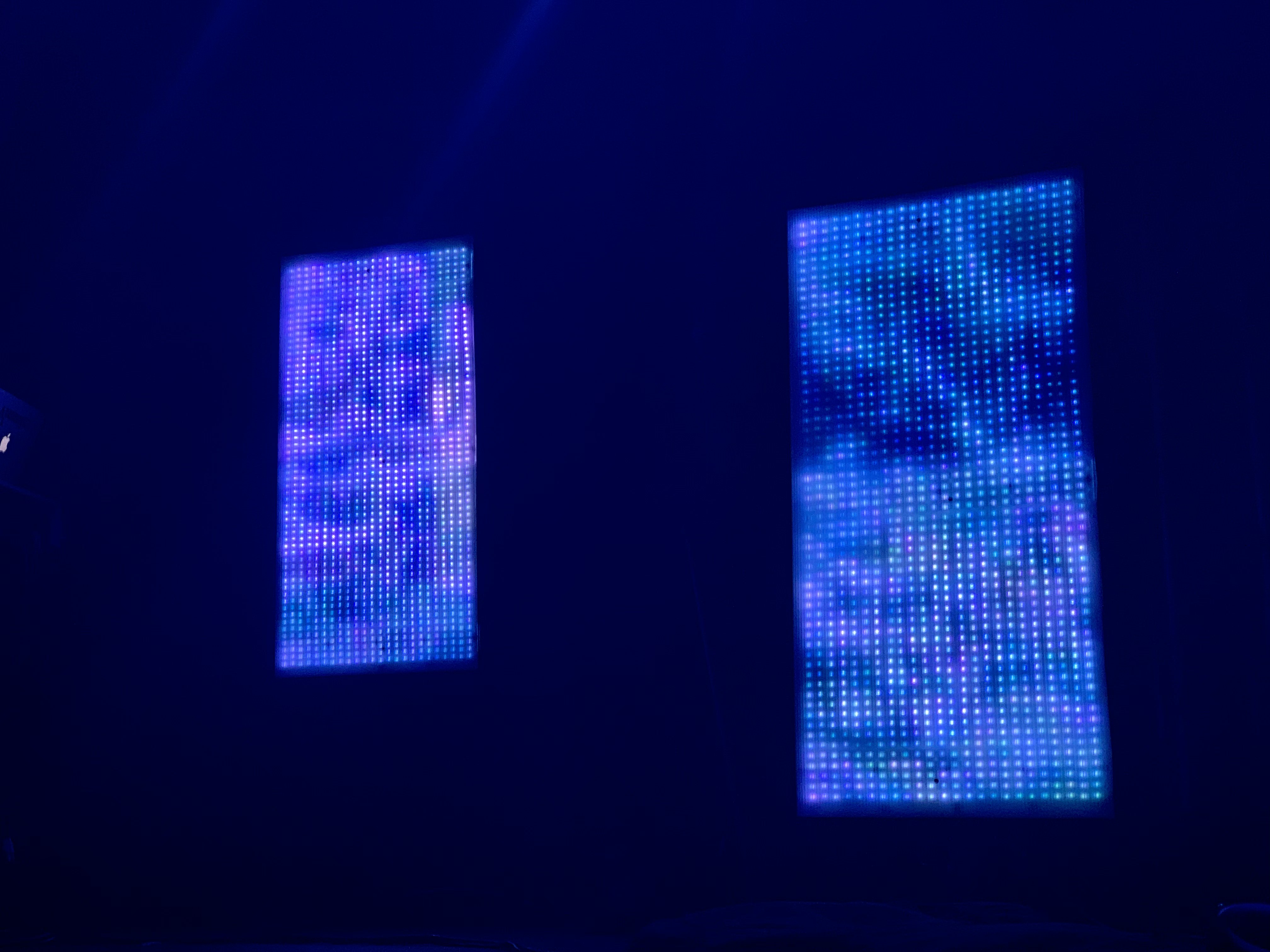 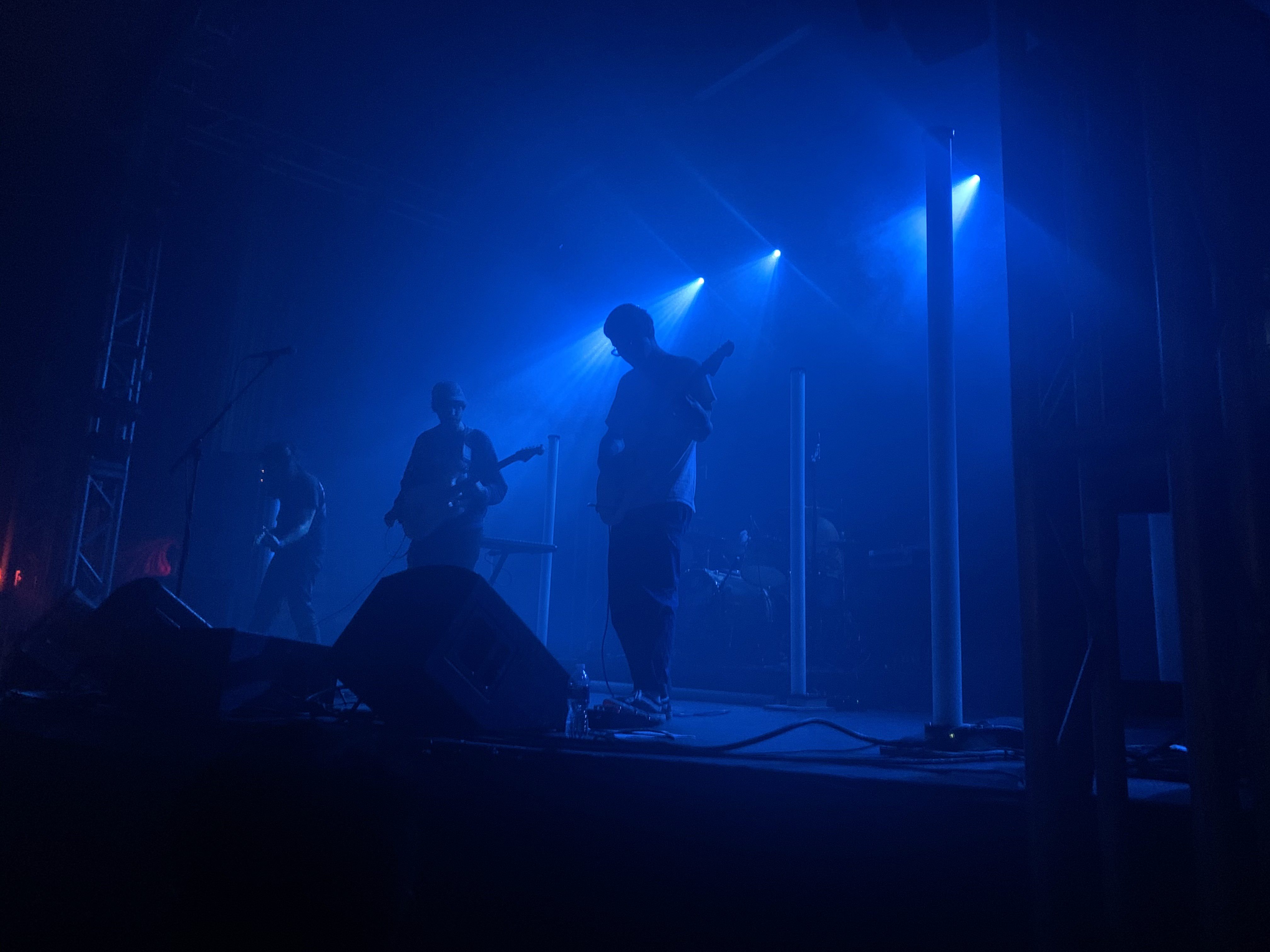 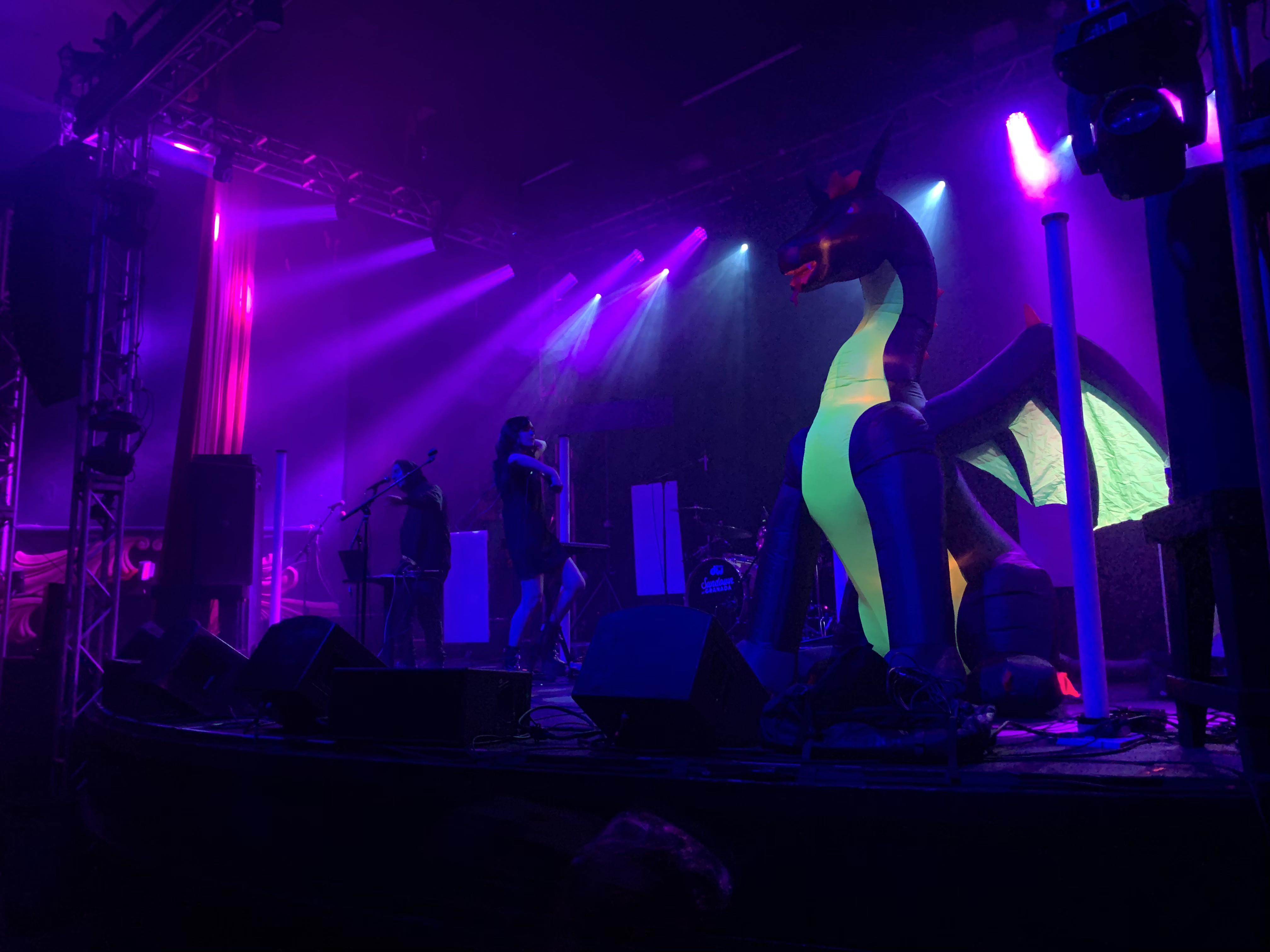 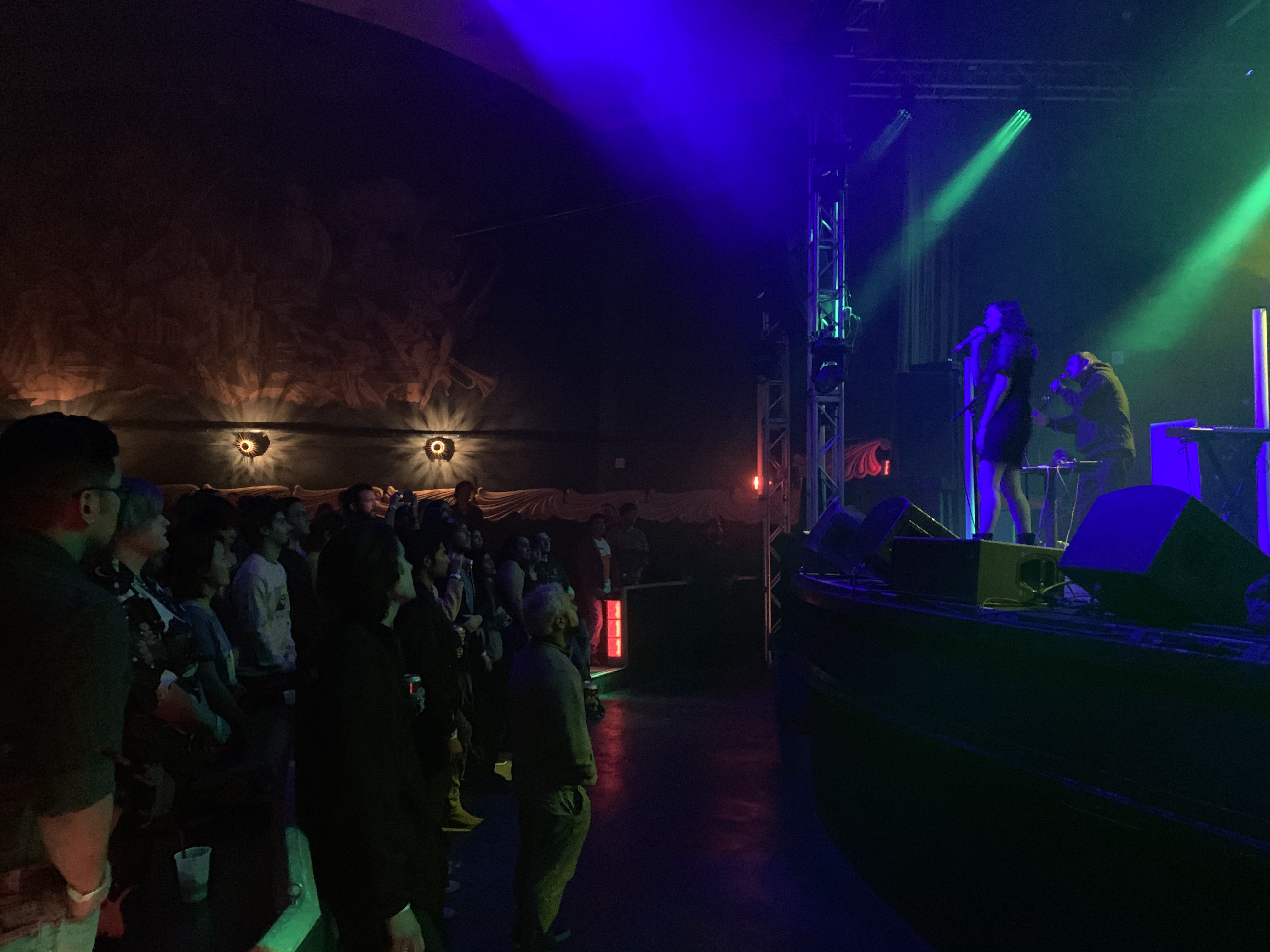 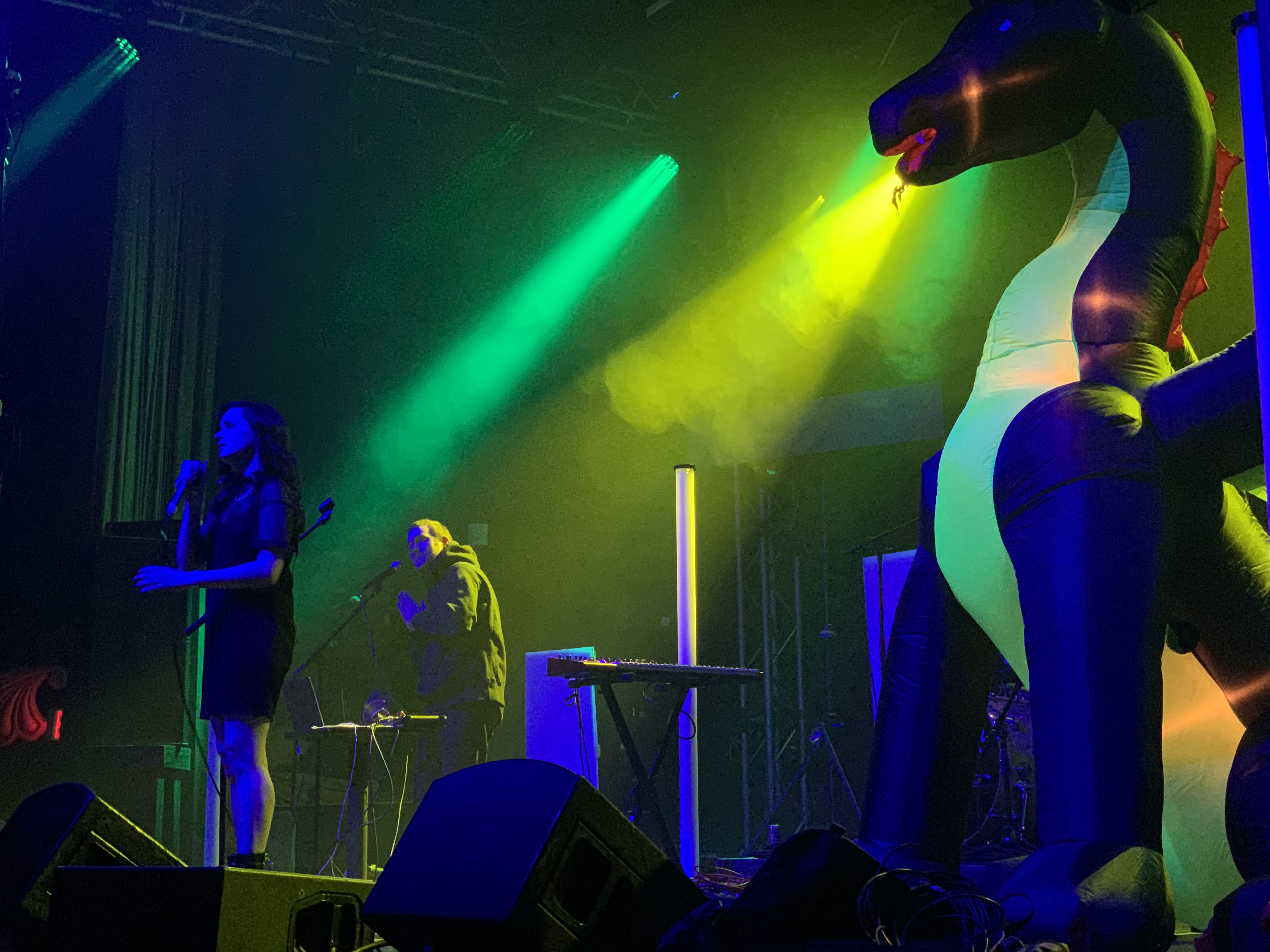 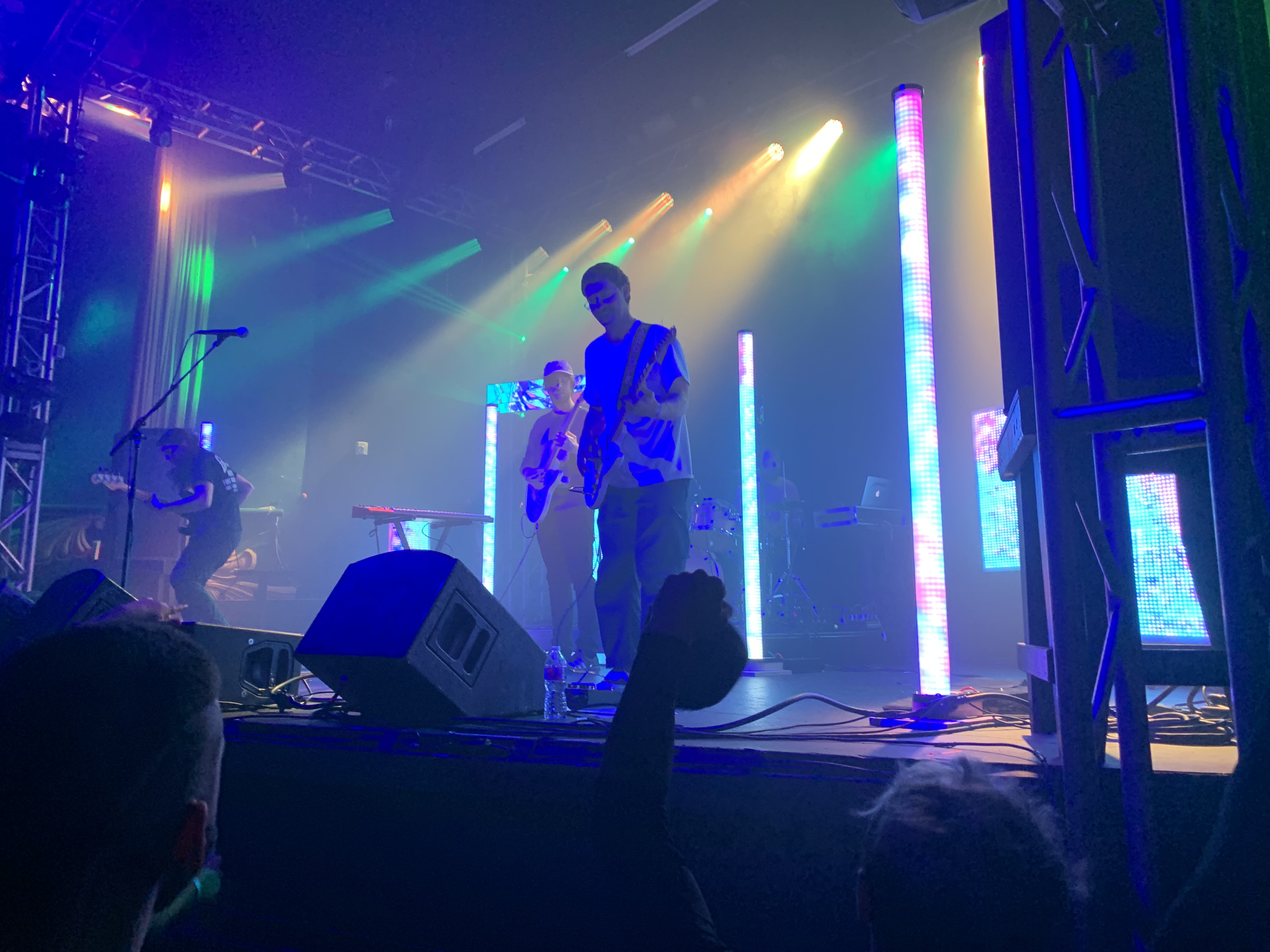