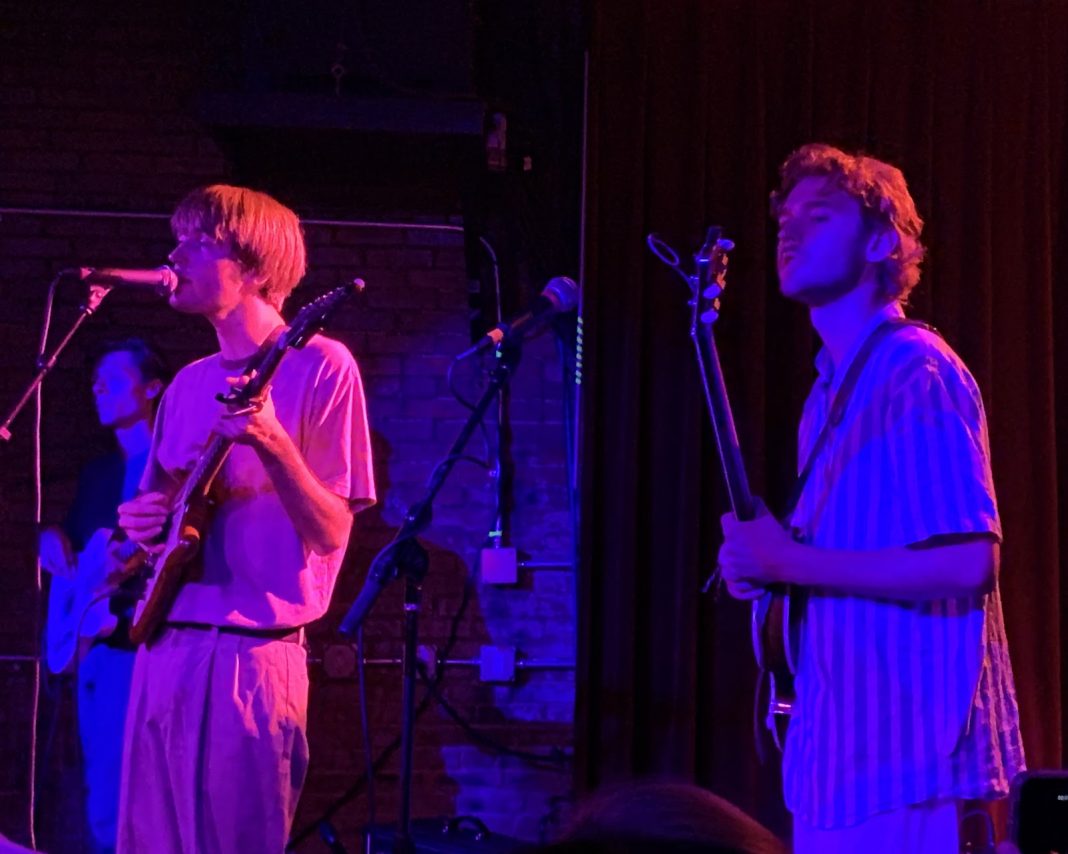 Dreamy bedroom pop has become the defining indie pop sound of the late 2010s, with gen-Z GarageBand auteurs like Boy Pablo and Clairo racking up millions of streams. This style of music is tailor-made for “chill” curated playlists and headphones listening, but can such intimate tunes translate well to a live setting? Jakob Ogawa proved it can, last night at Club Dada.

Dada was already packed with a diverse college-aged crowd by the time the opener, Nathan Bajar, kicked off the show. Bajar’s primary gig is as a photographer for publications like Vice. In a cheeky nod to this, he snapped a pic of the audience with his DSLR camera before picking up his guitar and loop pedal. What followed was a stripped-down set of heartfelt jazzy tunes from his debut album “Playroom”. Much like his personal photography, Bajar’s songs are hazy portraits of people and events important to him. The most touching of these tracks reflected on his Filipino heritage and late father. In a poignant anecdote, he revealed how his song “Speedy Racerrrr” was written from the perspective of his father trying to immigrate to America and marry his wife. Bajar shouted out several local family members who were cheering him on from the crowd that night. This tender atmosphere gave his spare musical arrangements more impact. His bittersweet 7th chords sounded heavenly with the sunset beaming in from the venue windows, an end-of-summer celebration and reflection. Although Bajar isn’t necessarily a commanding stage presence, he’s quite affable and performed well considering this is his first tour.

A half hour after the first set, the stage lights dimmed low, a dramatic instrumental with sax and booming bass rumbled over the PA, then Jakob Ogawa and his bandmates took the stage to rapturous applause. With a keyboardist, bassist, drummer, and second guitarist, his skeletal R&B morphed into full-bodied pop while retaining its DIY charms. The difference between his older studio tracks and their live performances is like the difference between a warped cassette and a crisp vinyl record. The psychedelic soul of “Sunshine Girl” and “Velvet Light” felt widescreen thanks to these new live arrangements. This was only his fourth U.S. date ever, but Ogawa’s already honed a charming stage presence. His lovably dorky gyrating during “All I Wanna Do” had members of the crowd whooping and hollering. His singing alternated between a boyish, playful croon and a Prince-inspired falsetto. Even without layers of reverb and production, he still impressed the audience. Ogawa’s only released about 10 songs so far, but his set was full of new tracks to look out for. The most promising of these unreleased cuts was a lively pop-soul track (no title given, but the chorus includes the phrase “it’s yours”). Ogawa was weaned on the sounds of Marvin Gaye and is proudly wearing that influence on his sleeve. Speaking of classic influences, the surprise of the night was his cover of OutKast’s “Hey Ya!”. His band successfully mutated the song from pop-rock to bouncy dream pop. Hopefully a studio version of this cover is coming soon. The performance that received the warmest reception was “You Might Be Sleeping”, his duet with Clairo. Even though she wasn’t there, plenty of the audience was more than happy to sing along and fill in her part. Jakob would hold the microphone out to the audience as they crooned along, not missing a beat.

The audience and the band had a solid rapport throughout the evening, although they didn’t seem nearly as eager to dance as Jakob was. Tonight was the 23rd birthday of Jakob’s keyboardist, Oscar, so Jakob handed the mic to an audience member who led the crowd in a spirited rendition of “Happy Birthday”. Sometimes birthday celebrations onstage can feel forced, but there was clearly genuine camaraderie within the band.

Ogawa capped off the night with one of his most popular singles, “Let it Pass”, and an unreleased tune named “Funny Feeling”. Throughout the night, he brought new life to his most beloved online hits and provided plenty of intriguing new material. His music might be dreamy, but his band certainly weren’t sleepwalking through that performance. 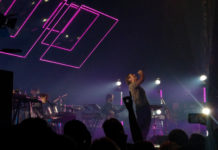