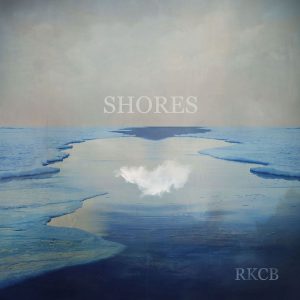 RKCB, in their newest early 2019 release, continue to improve upon their known style while also expanding and re-innovating within their space. In the 6 track release, three of the songs had been previously released as singles, and consequently there were three tracks that we had not heard before. This extended play as whole expresses more of a relaxed tone compared to some of their earlier releases – the energy level is masked, rather than outwardly shown.

The lyricism does not stand out above previous RKCB releases, but despite that it does not detract from the overall production. I am an individual who enjoys vocals since I come from a choir background, and these just don’t feel like songs you can jam to in the car, singing with your friends; that is just not their purpose.

To expand on the aforementioned theme, this EP feels very relaxed and low energy. It contains very low BPM songs, quiet vocals (or at least, more so than historically), and non-intense drum patterns. It feels like an EP that I would put on whenever I just got home after a very stressful week and just unwind. It could be something you put on to assist in thinking – there is nothing super distracting in the production.

Speaking of the production, it is clean. The instruments, percussive elements (such as the claps in “Till We’re In The Sea”), and vocals are all very crisp. There is nothing that stands out as wrong or that hurts to listen to; it checks all of the boxes. The chords are solid, the melodies and harmonies work well enough, and the drums are solid. That being said, nothing really stands out; it does not really do anything special.

In summary, Shores exists as a RKCB-style release perfectly, but it does not really make substantial contributions toward furthering their musical development. I personally prefer older releases such as “Elevated” to this, but if you need an album to put on to relax for 20 minutes, this fits the bill well.