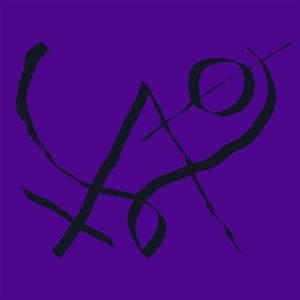 Xiu Xiu has been a weird band as long as I have known them. They were a weird band before I knew them too, and, most likely, will continue to be a weird band into the future. Jamie Stewart’s art-pop/experimental rock project has been spitting out sonic oddities for the better part of the last two decades, and while there are certainly records within their large discography that I’m not too keen on, I don’t think Xiu Xiu has ever made a bad album, per se. On their 11th LP, Girl with Basket of Fruit, Xiu Xiu ratchet up the absurdity ever further than before, and, for the most part, it works in their favor.

Coming off of 2017’s Forget, I wasn’t exactly sure where Stewart and co. were going to advance forward. Forget, while being a fantastic record, was still playing it relatively safe by Xiu Xiu standards (at least, in the sonic sense). It was an extremely catchy record, bordering on synth-pop at times, but was still able to keep a distinct edge. On Girl with Basket of Fruit, Xiu Xiu step back from the pop line and swerve back into the Avant-garde tendencies that last appeared on Angel Guts: Red Classroom. From the very start of Girl with Basket of Fruit, it’s clear that any chance of easy listening has been thrown out the window. The title track and opener “Girl with Basket of Fruit” is a loud, fast, and panicked blur of primal percussion and frantic screamed lyrics that are just as absurd as the production. Stewart’s already haunting and shrill voice are pushed to their limits as he yelps lyrics that paint various surreal images, all interspersed with a deadpan muttering of the titular “Girl with Basket of Fruit”. This track, along with many others on the record, take clear influence from the late career work of Scott Walker, but rather than taking Walker’s route of slow haunting ambience that seeps in, Xiu Xiu seeks to overwhelm the listener. The next track, “It Comes Out as a Joke”, slows down, but only slightly, as it still has its fair share loud samples of Stewart screaming and loud percussion, but it is on the third track, “Armage ve Moo”, where the other side of the album is revealed. The track is sparse, filled with sour, ominous strings that feel akin to the buildup of a post-rock song, allowing for the focus to be drawn towards Stewart’s whimpered falsetto.

We also get the flip side of this coin with easily the best song on the album “Pumpkin Attack on Mommy and Daddy”, a groovy instrumentally driven track with no sung vocals and a booming danceable beat with plenty of bass, all topped off with the recorded drunken ramblings of fellow Xiu Xiu member Angela Seo. These include gems such as “How did the pig walk in with a broken leg?” And “If you wanted to be a human being then you just have to eat garlic?”.

It’s within these moments where the group focuses on crossing their abrasive and experimental side with catchier tendencies that they truly shine (as best exemplified on the aforementioned Forget). Without a strong catchy melody, the focus turns to Stewart’s lyrics. This is a double edged sword – at their best Stewart’s lyrics can be visceral, poetic, and political, and at their weakest they can be so sparse and abstract that little to no meaning can be pulled from them. We can see both sides of this on display here, the strongest example of Stewart’s lyric prowess being seen on “Mary Turner Mary Turner”, which describes in disturbing detail the violent lynching of Mary and Hazel Turner. The song is fantastic at creating a sense of unease and horror both lyrically and sonically. On the other hand, there is the preceding track “The Wrong Thing,” is a slow, spacey pool of lyrical sludge.

The final track “Normal Love”, perfectly encapsulates the record as a whole. The track is a solemn and beautiful duo ballad featuring Eugene Robinson of the experimental rock outfit Oxbow. The way Stewart’s warbly falsetto plays off of Robinson’s deep husky voice is entrancing, and the vocal samples of Robinson that float through the background give the track a lot of texture. Despite these strengths lyrically it is still vague and difficult to understand. Much like the rest of the album, the song is interesting, and clearly has emotion and a message behind it, but it has a hard time clearly conveying what exactly that message is.