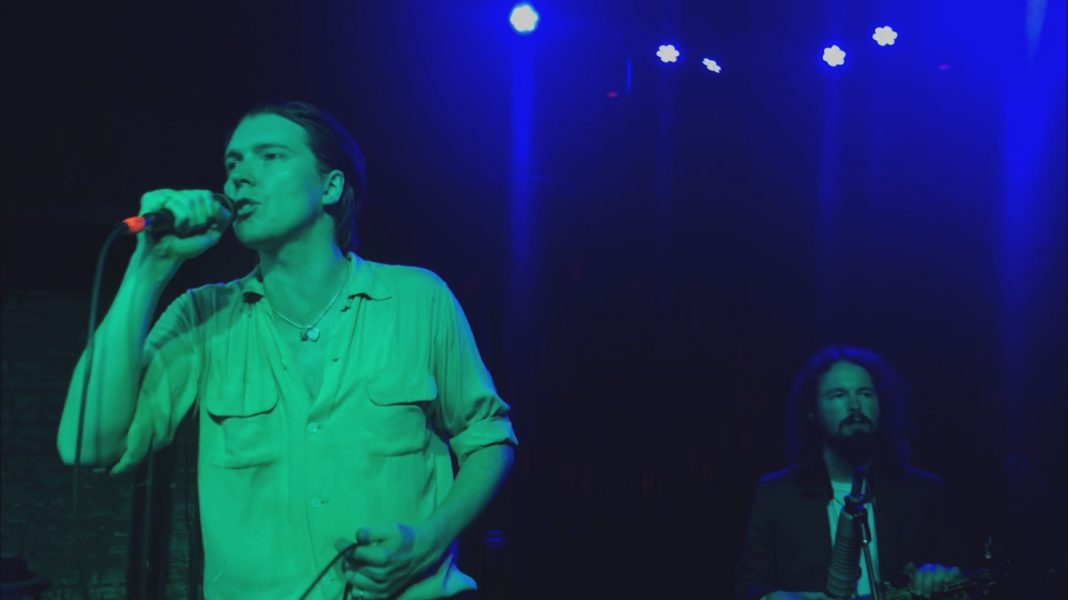 Alex Cameron had quite a decent turnout at Club Dada this past Friday. Rocking a rather stripped down set up of a laptop playing instrumentals, Roy Molloy on Saxophone, and Cameron behind the mic, this was an experience probably similar to seeing Alex Cameron quite early in his musical career. Hopping right into “Studmuffin96”, and “Country Figs”, Cameron warmed the crowd up quite nicely with some of his finest offerings from Forced Witness. With just the first two tracks, Cameron showcased quite well that his vocal abilities were just as marvelous as they are on his records. This was quite obvious as the crowd was consistently cheering and singing along to his lyrics throughout the performance. After those two songs, Cameron took a good moment to ensure that he hasn’t forgotten about his first album by playing a few songs from it.

It was around this point of the set where Cameron finally addressed the song requests between each song, and granted the crowd one song request for the set. While a good bulk of the crowd in the front shared their requests in an un-digestible manner, speaking over each other, one lone trooper in the back was screaming at the top of his lungs for Cameron to perform “Real Bad Lookin’”, a favorite from Jumping the Shark, and perhaps a little too introspective for me to yell as a request following “Candy May”. With sharp ears however, Cameron responded “Did someone say Real Bad Lookin’?” and proceeded to perform the song with a rather remarkable vocal performance of it. The set then wrapped up with a new track, and a performance of “Marlon Brando” to close out the set.

I didn’t know what to expect from Alex Cameron’s live performance, I went in completely blind and enjoyed the experience quite thoroughly. Cameron’s great stage presence, combined with his ability to perform quite well cemented the fact that I will be catching this man in Dallas the next time he performs down here.