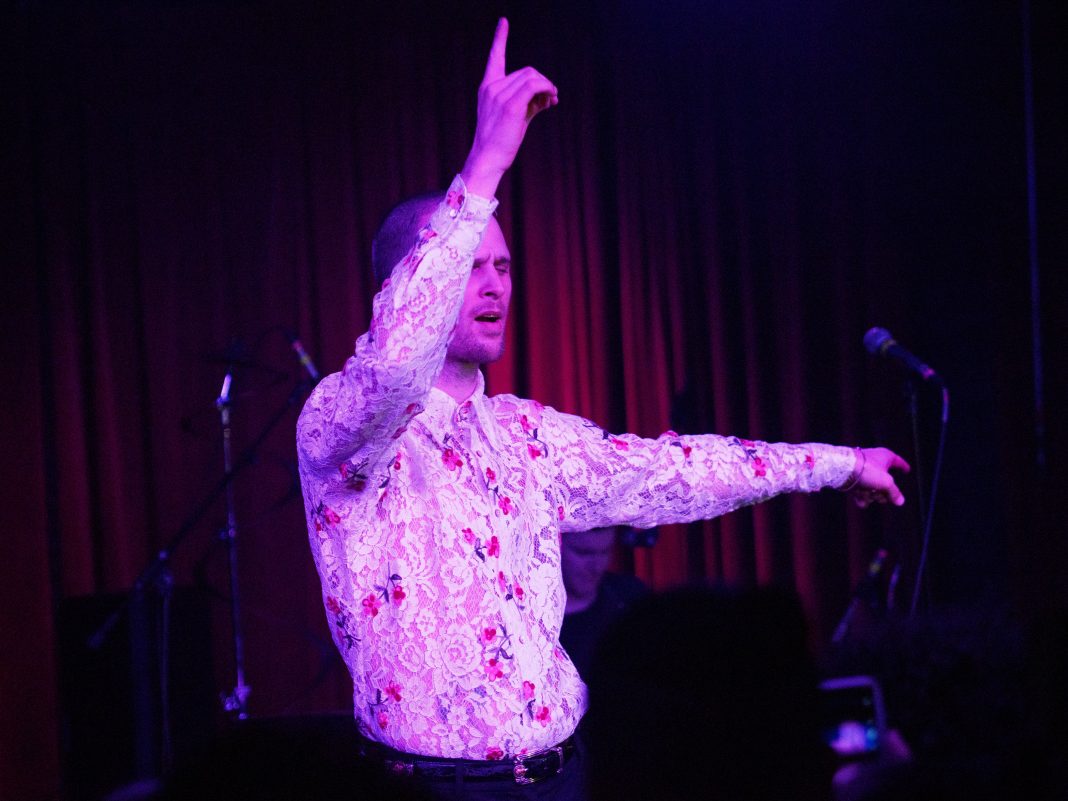 People quickly rushed into Club Dada to take shelter from the cold weather. They gathered around the stage early, ensuring that they got a good spot before the show started. The playlist they were playing consisted almost entirely of Anderson .Paak, including songs from his first album, Venice, which was a pleasant surprise.

August 08 took the stage promptly at 8:00, explaining who he is, including that he’s a part of 88rising, the record label whose roster includes artists such as Rich Brian and Joji. As an artist, he’s still finding his sound, and deciding if he wants to be a rapper or a singer. As a result, his set was really varied, including mellow R&B songs, and hyper energetic trap tracks such as “Hopscotch Shorty,” which is still unreleased. Additionally, he previewed a track he has with Smino, coming out next month. He was very laid back, and talked a lot in between songs, explaining their meaning or how he made them. For example, he stated that “Father Issues” was exactly about that, “but it’s ok.” At one point, he expressed pride over his drums, saying “those drums really be hitting, I made those drums, I’m really proud of them,” eventually going as far as to tell the venue to turn them down a bit over fear of blowing their speakers. August 08 also explained that his guitar and some other gear was stolen from them when they were in Utah, meaning he couldn’t play “Arizona” without it. Instead, he closed out his set with “Spiral,” at the request of a group of fans who were excited that he listened to them.

About 20 minutes after August 08 wrapped up his set, JMSN took the stage, wearing a white lace shirt, picked up a guitar, and went right into “Levy.” He was met with loud cheers, and the energy in the room immediately shot up. When he started singing “Drinkin’” the entire venue loudly sang along, many with drinks in hand. Despite having a guitar in hand, JMSN still moved around the stage, dancing and getting close to the audience. He would occasionally jump up on the stage monitors for his more impressive guitar riffs, or to get the crowd to clap along with him. In between tracks everyone would loudly cheer for him, which almost seemed to surprise him and caused him to laugh. He made sure to shout out his bassist and drummer, before going right back into the set. JMSN’s vocals translate incredibly well in a live setting, constantly hitting impressively high notes which would leave the audience shaking their head in disbelief. At one point he put the guitar down, allowing him to move around more freely, and would take a break in between verses to simply dance on stage, during which the whole crowd would join in and dance along with him. JMSN played cuts from all across his discography, including “Power,” “Addicted,” and “Alone.” He ended his main set with the smooth “Cruel Intentions,” casually reaching the high notes like they were nothing. He briefly left the stage before coming back and performing “’Bout It” for his encore, during which he mostly danced, letting his bandmates do solos. Afterwards, he went to the merch table to talk with fans and take pictures with them, showing just how appreciative he is of them, and how much he cares.