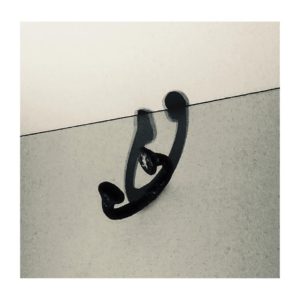 Lupe Fiasco is in his comfort zone when he’s creating music that has something to say. DROGAS WAVE is no exception to this. Lupe Fiasco is focused almost solely on the message. He is an artist first and foremost, and this album is just his latest canvas. This is one of those albums that works best when viewed as a single collective work. Listen to this album from beginning to end to get the full effect.

From the very first track, it is clear that this album is going to be interesting. While it isn’t entirely unique for an album to open with some sort of spoken word intro, it is unusual for an album to open with something like the unsettling words of “In the Event of a Typhoon.” The words spoken in the intro are actually from an unfinished poem written by artist J.M.W Turner, titled “Slavers Throwing overboard the Dead and Dying—Typhoon coming on.”

This poem was originally presented alongside a painting titled The Slave Ship. It depicted chained slaves who were thrown overboard in an attempt to collect insurance money as a typhoon closes in on the titular slave ship. The painting and the poem, first presented in 1840, together create a sense of dread and anger. This dark and unsettling intro is a good indication of what we’re in for, Lupe’s setting out to make an album that tackles multiple themes and ideas. He’ll certainly have to bring a lot to the table in order to live up to a powerful opening like this.

And Lupe does. Sort of. If you’re looking for a deep listen to analyze and really think about, Lupe Fiasco did a pretty good job. If you just want some music to jam to, not so much.

The production of each song is almost perfect, and that includes the sound engineering. There are multiple times on this album in which Lupe stops rapping and lets the instrumentals carry the song, like the piano backing in “WAV Files.” The end of “Gold vs the Right Things to Do”, the end of “King Nas” and almost the entirety of “Cripple” all have similar effect. These acoustic instruments are really top notch.

While acoustic instrumentation has been a hard effect to master for hip-hop artists, Lupe does it skillfully. Instead of the mixing being off during these parts, everything sounds right. The sound is balanced, nothing is distorted and none of it sounds artificial.  The acoustic instrumentals don’t  feel out of place, even though we don’t normally expect these kinds of things on a hip-hop album. Lupe goes even further by including “Slave Ship – Interlude,” a track that consists entirely of a lone violin creating a haunting melody that is violent, piercing, and suspenseful. The inclusion of these styles and techniques is Lupe Fiasco’s attempt to make a timeless piece of music. The backing piano, upright bass, flutes, and violins are Lupe’s way of saying that this album is not party music, but rather a serious work that should be judged as such.

The lyricism of this album is probably the strongest aspect. You would be hard pressed to find another rapper who rivals his skills as a wordsmith. His ability even transcends language as the entire second track, “Drogas” is in Spanish. Despite being entirely in Spanish, “Drogas” is still an entertaining and catchy song. Lupe is in many cases unmatched in his lyrical ability.

“Down” is a prime example of how Lupe’s lyrics are not that of traditional hip-hop. He has better ideas and flows then most, and is still able to create a cohesive story. He builds a world and he stays in it until he’s satisfied. As outlandish and strange as the subject matter may be, it’s still regarded as a serious work. “Down” is a strange song if you hear it without context, or if you’re just casually listening to it. This track follows the same group of slaves thrown overboard at the beginning of the album. Dubbed “Longchains,” this group of former slaves are now freed by the waves of the ocean. This group now stays underwater, sinking the very same slave ships that were going to sell them into bondage. They live alongside the fish, sharks, lobsters, whales, shrimp and other sea creatures mentioned in the song . Instead of heading back to their home land of Africa, they decide to work with the the aforementioned sea creatures to dismantle the transatlantic slave trade.

DROGAS WAVE has something to say and it doesn’t stop until Lupe feels like he’s done. Freedom is the overall binding message of the album. Lupe explores ideas like slavery, children who were taken too early and what they may have done if they had not passed, and the mythological stories of slaves thrown overboard during the transatlantic slave-trade who then go on to live underwater and sink the very same ships that were taking them to the Americas

The album is long, it’s heavy, it’s powerful. Lupe did not settle with just making one song with a message, but instead made a whole album dedicated to a single thought he wanted to share with everyone to hear: freedom. The freedom of choice is the central idea. Longchains had the freedom to choose between going back to Africa or to sink the slave ships cross the Atlantic. Alan and Jonylah had the freedom to live their lives in an alternate reality where they weren’t killed by other peoples’ actions or lack of actions. It’s closer to being a work of art, not a form of commercial entertainment.