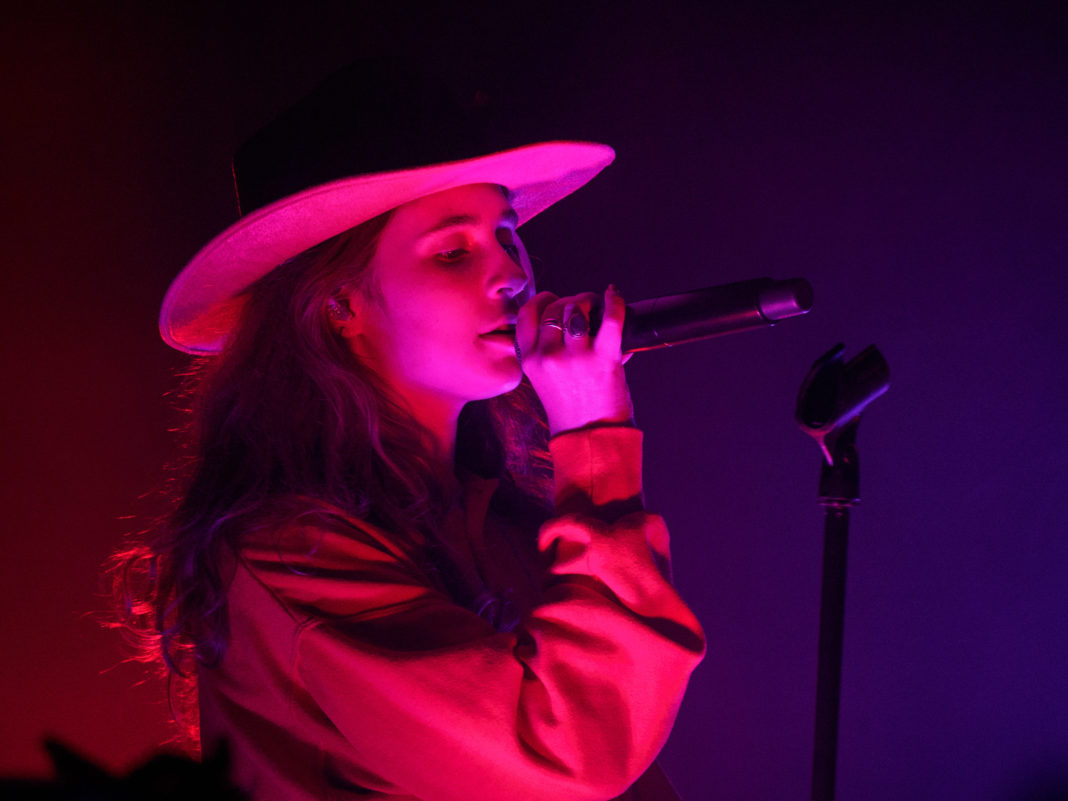 The last time Clairo was in Dallas was just a few short months ago towards the beginning of summer. At the time, she was opening for Dua Lipa, but she returned at the end of the summer, headlining her very own tour, with many sold out dates, including the one in Dallas which took place in the Cambridge Room at House of Blues. The crowd was much smaller, but much more invested in her performance, leading to a really good time for everyone there.

Garren Sean was the only opener on the bill, and he took the stage promptly at 8:00 with just his guitar and a drum machine. He was completely comfortable and at home on stage. Sean came across as very confident, sometimes a little too confident, seeming kind of cocky. However, I can’t fault him for it too much as he was trying to put on a show, and was clearly getting a good reaction from most of the crowd. Especially when they started chanting “yee-haw” and he finally repeated it back, and was met with a wall of cheers. Most of his music revolved mostly around his guitar and voice, with fairly simple drums, and the occasional synth and 808s. Sean would frequently beat out the drum pattern on his drum machine and loop it before introducing the rest of the instrumentation to the song, which is something you don’t often see.

After about a 40 minute set, he made his way off stage, and Clairo’s band started setting up shortly after. She took the stage promptly at 9:00, sporting a cowboy hat, and opened with “B.O.M.D.” lit by very dim, red lights. The lighting for most of the show was very dark, but colorful, creating a really moody atmosphere in the Cambridge Room. If the lighting wasn’t dim, it was bright and flashing, like during the second track she performed, the lesser known “Girl.” Clairo had gotten much more comfortable on stage since her last performance, possibly due in part to the smaller venue and crowd size, and she was smiling and dancing throughout. Her set consisted of most of her discography, as well as a few covers, and an unreleased track she created with Rostam a few months ago.

Just before playing the Rostam song, she said “someone’s smoking” jokingly, and a loud air horn was spammed for a few seconds, inciting laughter from everyone. She then said, “ok this is a serious song so no more laughing…serious mode activated.” Of course, everyone made her laugh, prompting a “fuck you guys” from her, whispered through laughter. For her encore, she played “Pretty Girl,” and finally closed out her set with “4EVER.” All in all, the environment was really laid back and relaxed, which made it all the more fun. She was able to laugh off any small mistakes she made, indulged the crowds “yee-haw” chants, and talked to the crowd often. We can’t wait to see how much she’s grown as a performer and musician the next time she is in Dallas.