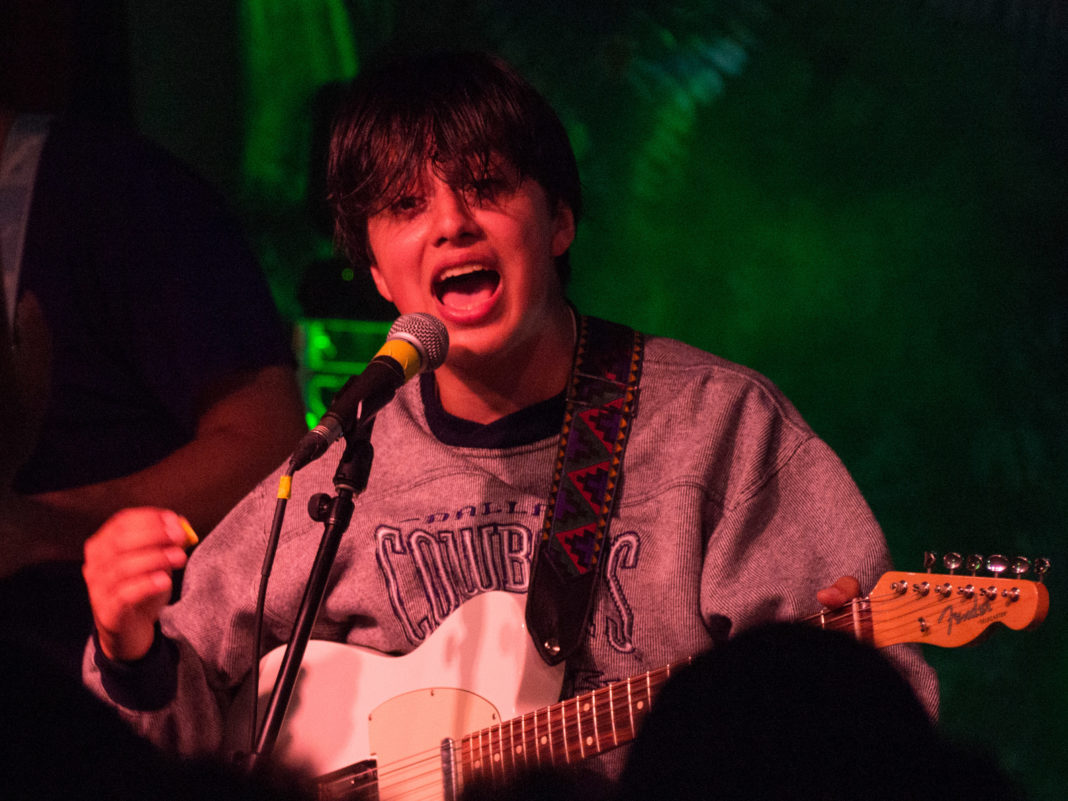 Arriving just before doors opened, I was kind of surprised at how long the line was leading out of Deep Ellum Art Co. It was a sold out show, and it seemed like the majority of the people were already there, a testament to the excitement for the show.

As soon as Luna Luna took the stage, they were greeted with loud cheers and applause, which is uncommon for an opener, but very exciting to see. They managed to fill their almost hour long spot by playing their For Lovers Only album and other singles, including a cover of “Get You” by Daniel Caesar. The crowd knew a whole lot of their lyrics, showing just how popular Luna Luna has gotten in the DFW area in the past few months.

This was my third time seeing them, and every time they’ve improved even more than the last. Although they still took the time to interact with the crowd and crack jokes, it didn’t feel like they were just trying to kill time, making their set sound a lot more tight. Their singing has only gotten better, and they certainly seemed comfortable on stage, constantly smiling and looking like they were having a good time.

Boy Pablo immediately caught me by surprise with his sheer energy as he ran out on stage dancing and jumping non stop. It was impressive to see an artist as new and young as him with that amount of confidence on stage. From the very start, he was ready to party. He settled down a bit after the first track, and went into some of his slower songs such as “imreallytiredthisdaysucks” and “ur phone.” Pablo’s confidence extended to his band mates, who were having just as much fun as him, and so was the crowd. Almost the entire time the crowd was jumping and moving in some way. It was often difficult to get good pictures simply because there was a sea of hands thrown up in the air with phones ready to record their favorite songs. Anytime Pablo went to the microphone and in a low voice said “yeah” before the songs break down like in “Everytime” and the beginning of “Yeah (Fantasizing)” the flurry of arms only got wilder. Due to his small discography, he played everything fans wanted to hear. There really weren’t any songs the crowd was not excited for, anytime he played the beginning notes to just about any of his tracks he was met with a loud wall of screams and claps. In addition to that, he was able to play new music that will be on his upcoming EP which he said would release around September or October.

There was one song that was more anticipated than the rest, and it was obvious everyone was waiting for it. Pablo knew this, and played it last. He thanked everyone for coming, and said this was his last song so everyone had to move for this one, before going straight into “Dance, Baby!”