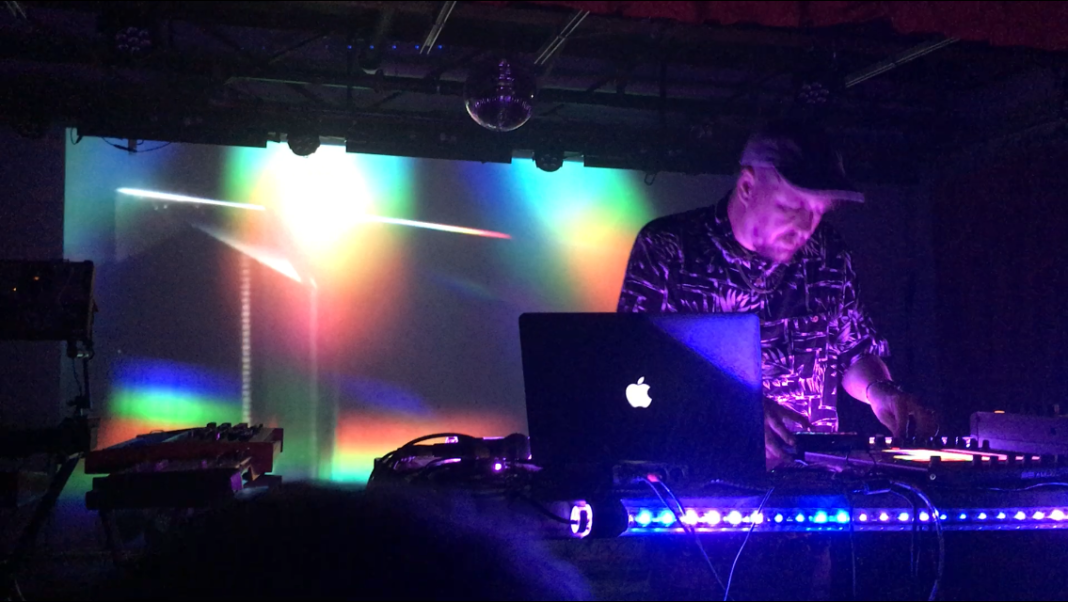 I came to this concert with primarily one intention: getting hyped to some intense high-paced Machinedrum. Although I only knew a few songs from Chrome Sparks such as “Marijuana” and some familiarity with two of his EP’s Goddess and Parallelism, I was just looking forward to his live set. Upon arriving to Deep Ellum Art Co., a venue that I’ve never been to before, I noticed all the great things about the venue while waiting for the openers to set up. Free water, an outside area with games like foosball and bean bag tossing, and an art gallery lined up across a long wall. It was definitely a venue to appreciate, especially for a sweet show that was about to go down.

Chrome Sparks was set up with analog synthesizers and brought out a drummer that used MIDI controllers which brought out a pretty unique element to his live set. Although the music was simply too chill for my exhausted self to get down with due to an exam earlier, the rest of the crowd were obviously feeling it. More than just a headnod was what Chrome Spark’s audience had for sure. He played a good amount of tracks from his s/t album, and was grooving on stage giving a a solid performance.

Now on to the GREAT stuff. As my friend Youssef said shortly after the show, “Isaiah, when Machinedrum came on you were dancing like a madman.” I was jumping up and down, I was moving side to side, I was having as great of a time as Machinedrum was. He started the set off with “Spectrum Sequence” off of his album Human Energy, which to me, was a decent start considering the rest of his set. I was hoping he’d perhaps play some earlier content, but this show in particular showed me that the new one bangs just as hard, as he transitioned seamlessly from track to track. It was a great set that really got the crowd moving although some of the crowd seemed to have left during the transition from Chrome Sparks to Machinedrum at around 12:30-1:00AM. Who could blame them for leaving that late? It’s just such a damn shame that they missed out on a wonderful latter half of the show.