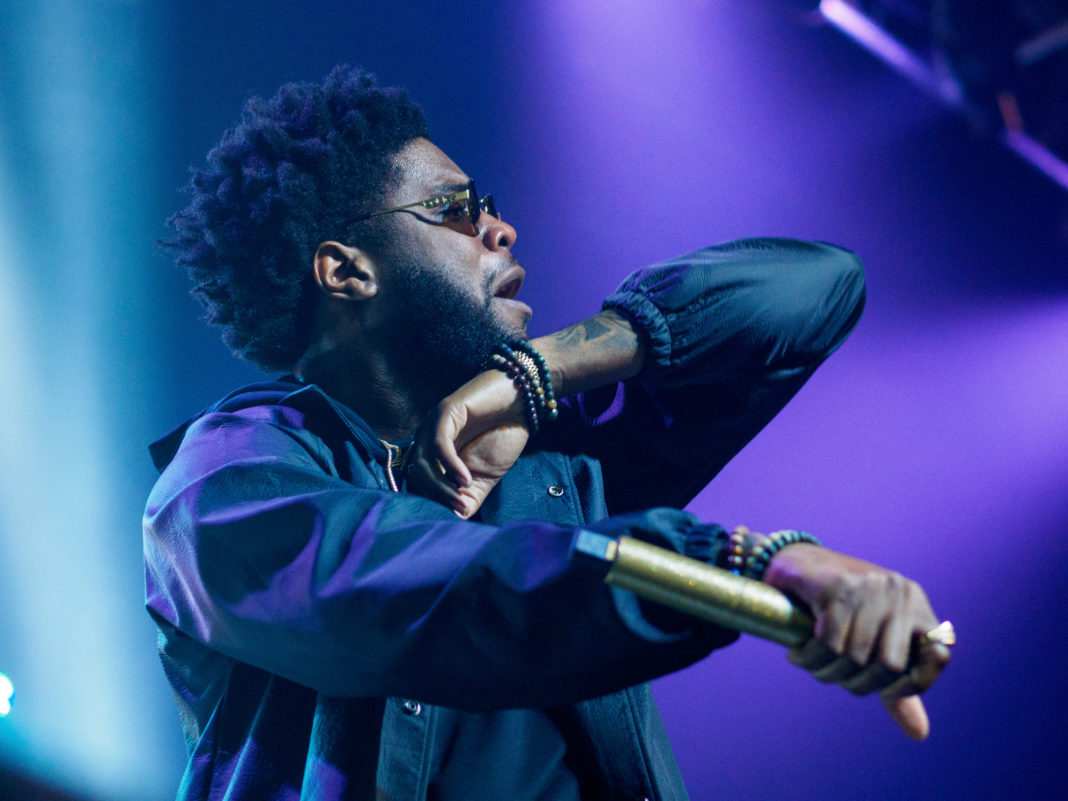 The show was sold out, and Bomb Factory started to get packed before the show even began. The excitement from the crowd permeated through the air, everyone was ready to party and have a good time, all while seeing some fantastic hip-hop acts. CyHi the Prynce was performing his first full-length studio album which released last year, despite having mixtapes that data back to 2010, and Big KRIT was touring with one of his best albums yet, 4eva Is a Mighty Long Time, a sincere, strongly southern 22-track double album.

The opening act was Childish Major, someone who I wasn’t very familiar with and most of the crowd didn’t seem to know well either. Despite this he gave it his all and had really good energy, and tried to get the crowd engaged. His set was pretty short, and honestly not very memorable, simply because the acts that followed were more eventful. Before CyHi took the stage, the large screen at the back of the stage lit up with the album cover for No Dope on Sundays, while part of the beat for the track of the same title played. CyHi walked out on stage, and the crowd loudly cheered for him. He played all of the biggest tracks from his album such as “Movin’ Around” and “Dat Side,” but also managed to fit in his verse on Kanye’s “So Appalled,” which was a nice surprise and a reminder of how long he’s actually been around. After a short intermission, Big K.R.I.T. took the stage. It had been a while since I’d been to a venue as large as The Bomb Factory, but Big K.R.I.T. took full advantage of the production quality available at a venue that big. There were three large displays behind him with a variety of images and videos, and the lighting on stage was just as impressive.

Big K.R.I.T. had a really long set, about 1 hour 15 minutes, which allowed him to perform the majority of 4eva Is a Mighty Long Time, as well as a some of his biggest tracks from previous albums such as “Time Machine.” He also took the time to explain some of his songs to get his message across better.. The chorus of “Get Away” says “I got to get away from that bullshit that they on/Everybody, everybody, get your glow on,” and he explained it by saying “If you’re not getting away from the bullshit, where are you going?” The crowd had a really good energy and Big K.R.I.T. matched it. You could tell there was a lot of respect coming from everyone in the venue including Big K.R.I.T., he took the time to thank everyone for coming out, especially his day one fans, for giving him the ability to succeed, and lastly, reminded everyone that they could do the same if they work hard, because “we’re all kings and queens.”