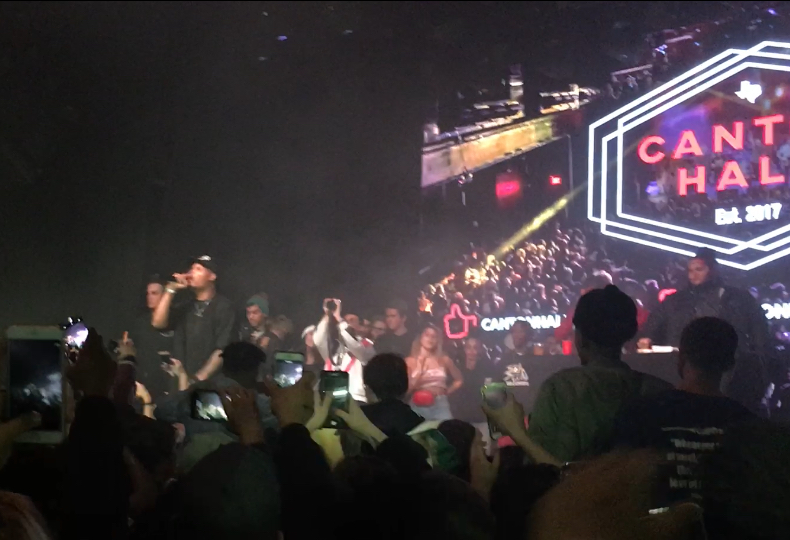 I was surprised when a fellow DJ of mine, Journey who hosts Offbeat on Thursdays 9PM-12AM’, told me that he wasn’t go to Xavier Wulf. I understood after he let me know that he already went 4 times, but that made me all the more excited since it obviously implied that it’s going to be a damn good show if he went that many times. Although I’ve been quite fond of his debut Wolfgang Rudolph, this show seemed to get really deep in his latest project, Project X and some of The Local Man rather than any of his old gritty bits during his time with Raider Klan. His latest projects are definitely more cloudy and less aggressive compared to his old content, but surprisingly, the music didn’t affect how hard the show was going to be at all.

As soon as me and a good friend of mine entered the venue it only took 3 minutes for a fight to break out during the last opener. Me and my friend Youssef just looked at each other fully understanding the foreshadowing of how it was all about to get down. After three openers Xavier Wulf finally made his appearance. As soon as he came out, he let it be known “Yo, fuck these barricades, I want to be close to my people, take this shit down” which was directed to everyone whom that matter concerned. Me and Youssef began a chant that shouted out “Move that shit” which the whole audience got down on, but to no response. Instead, the audience took it upon themselves to just hop the barricade and some even went on stage periodically.

Since Xavier Wulf got on stage the moshing never stopped anywhere within the crowd, just lit non-stop and people were propping up and crowd surfing. It got to the point where every picture I took was pretty blurry with exception of few because it was nearly impossible to keep my shoulders straight for a second when waves of people are pushing from every side. Somehow though I saw a kid who managed to play a Naruto game while Xavier Wulf was performing “Wulf Takahashi” which was pretty damn lit if I were to say so. Games, people dancing, punching each other, moshing, all I could ever ask for in a hip hop concert. Although I was somewhat underwhelmed by the small amount of aggression compared to his early days as Ethelwulf, I could still get down to that night of Project X.