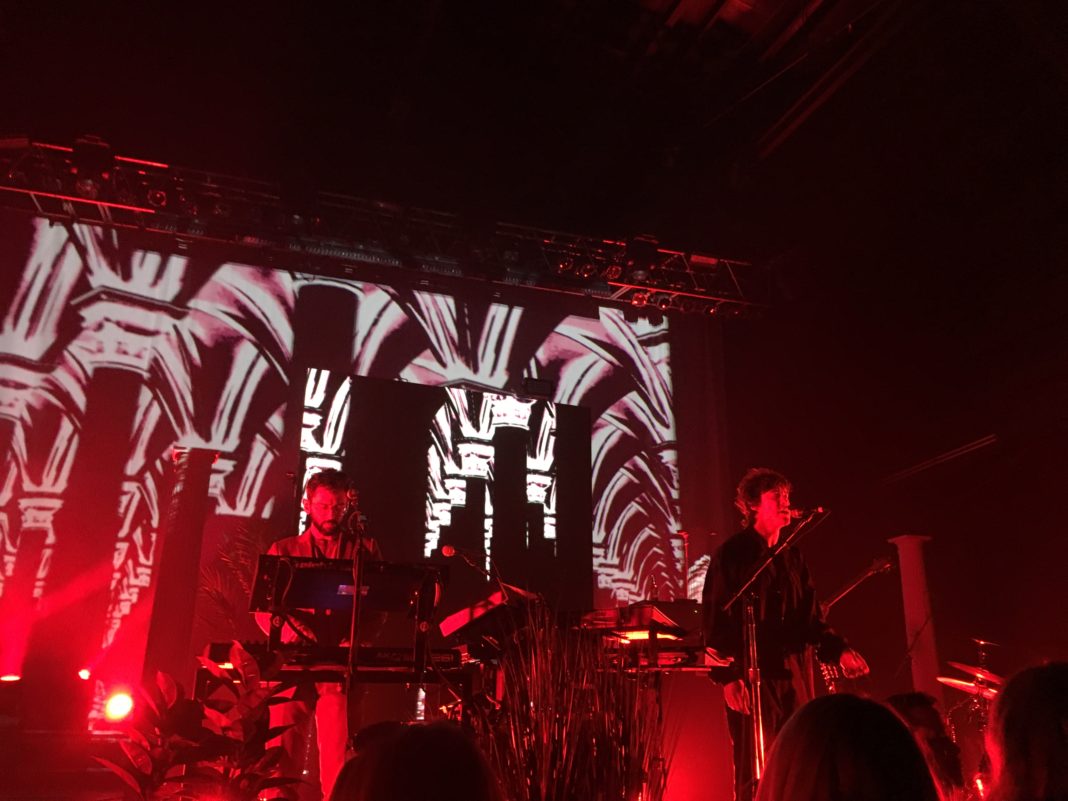 Listen, I’ve been talking about this album a lot – frankly, I talk about MGMT a lot. They’re one of the few bands that has stuck with me past my entry level indie days, and Congratulations is one album I consider to not only be a masterpiece of neo-psychedelia, but also an album I have yet to grow tired of listening to. Coincidentally enough, the Congratulations tour was the last time MGMT has been to Dallas, meaning it’s been a whopping 8 years since they last set foot here. With a well overdue visit and possibly their biggest North American tour yet, the concert was inevitably going to be just as grandiose.

Opener Cola Boyy hails from New York, and upon doing my pre-concert research I found it extremely difficult to find any information about him – only having a few tracks on Soundcloud, it seems as if he is personally friends with the band as he sings over the actual tracks themselves rather than instrumentations. Regardless, what he did bring to the table was a mix of chillwave and funk that was reminiscent of early Toro y Moi. With a light energy in the air, it was time to move on to the main event. Opening with “Congratulations,” stunning visuals are immediately thrust into the spotlight of the show. As the show continues, the visuals combine live footage and carefully curated lighting and graphics per song. They stick to a red and purple motif, incorporating elements from each song’s lyrics or in reference to a song’s respective music video. Their live performances, having been critiqued in the past for Andrew’s soft, whispering tone and their neglect of their more popular pieces- even downright making fun of them at times- have lent them great notoriety at shows, but it is clear both through the album work itself but the show itself that they have matured both sonically and personally. the show- while they know a good chunk of fans are here for “Electric Feel” and “Kids” (and, yes, they do cater to this crowd as well, having learned to balance their crowds of festival kids and psych snobs equally), each song off of Little Dark Age has a gimmick. The titular track is preceded by a long, frightening organ piece – similarly, “TSLAMP” is preceded by a Spanish-influenced acoustic guitar solo as an iPhone serves as the backdrop. Without a doubt, the most endearingly absurd one was frontman Andrew going so far as to bring out an exercise bike during “She Works Out Too Much”, pedaling through the entirety of the song while surrounded by cheesy 80’s workout videos.

If these moments were not enough to make a concert unforgettable, it was also filled with more tender moments to offset the goofier ones. During “When You’re Small”, the lighting dropped as Andrew and Ben sat down for a stripped and emotional performance. Perhaps the sweetest moment occurred during “The Youth” a marriage proposal occurred- don’t worry, she said yes, and the entire crowd seemed to absorb the energy and sway with youthful, soft energy.

This show was the culmination of artistic growth, and as I left the venue I felt myself swelling with pride of the artists the two have become. One of the most wonderful things you can experience is this, being able to grow with your favorite artists. Keys and Little Dark Age vinyl in hand, I left the show ready to spin the record endlessly and feel that yes, this album too is one I’m not soon to forget- and neither was the show.