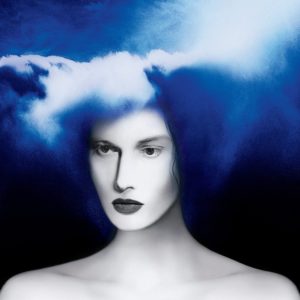 Jack White is a man of many talents and titles. Businessman, author, actor, upholsterer, producer and more. Above all of these, Jack White is a musician and he reminds us of that in his latest solo album Boarding House Reach.

Originally breaking into the mainstream as one half of The White Stripes and later going on to be a part of The Raconteurs and The Dead Weather before going solo, Jack’s overall sound has definitely gone through a transformation. In Boarding House Reach, the listener gets an array of different musical styles, genres and layered ideas. In his first two solo albums, we definitely heard multiple genres like rock, soul, jazz and country to name a few, but Boarding House Reach adds to this and reaches even further. Hip-hop, funk, rock, soul, country, blues – it’s all there. Some artists have attempted to bend genres and fuse them together, but many fail. For Boarding House Reach, I think we can chalk this one up to a smashing success.

“Connected By Love,” the lead single and first track, would be the most “traditional” song of Jack’s on this album. A very soulful, and emotional Jack sings over an organ and is backed by backup singers for the chorus, singing “We’re connected by love.” Jack’s no stranger to using soul and gospel influence with his rock and roll essence. That’s why this song makes a great introduction to the album before diving deeper.

In songs like “Corporation” and “Respect Commander,” listeners get refined jams that remind you of groups like The Meters, or even Booker T and the MGs. Both tracks put Jack’s guitar playing at the front, with an array of percussion and hits from the keyboards to keep it funky. Mostly instrumental, “Corporation,” gives us an injection of distorted keys and congas. It’s not until near the end of the song Jack starts to lay some verses down, doing a call and response with the guitar and the keyboard. A majority of the songs on Boarding House Reach seem to put the virtuosity of the band and Jack at the front. For most of Jack’s career, his songs have been very restricted and simple, but those constraints were thrown out. Honestly, we may never want him to go back to his old ways of songwriting after hearing this album. Boarding House Reach really shows us a different side of White that has always been there, but never really shown.

The most experimental songs in Boarding House Reach would have to be songs like “Hypermisophoniac,” and “Get in the Mind Shaft,” but one that has a very intriguing backstory is the ending song “Humoresque.” It’s not as sonically experimental, in fact, it just has Jack softly singing over a piano and acoustic guitar. What makes “Humoresque” so interesting is that Jack used a manuscript of gangster Al Capone’s for the song. Apparently, Capone tweaked a piece by composer Antonin Dvorak while in Alcatraz that Jack then used to finish Boarding House Reach.