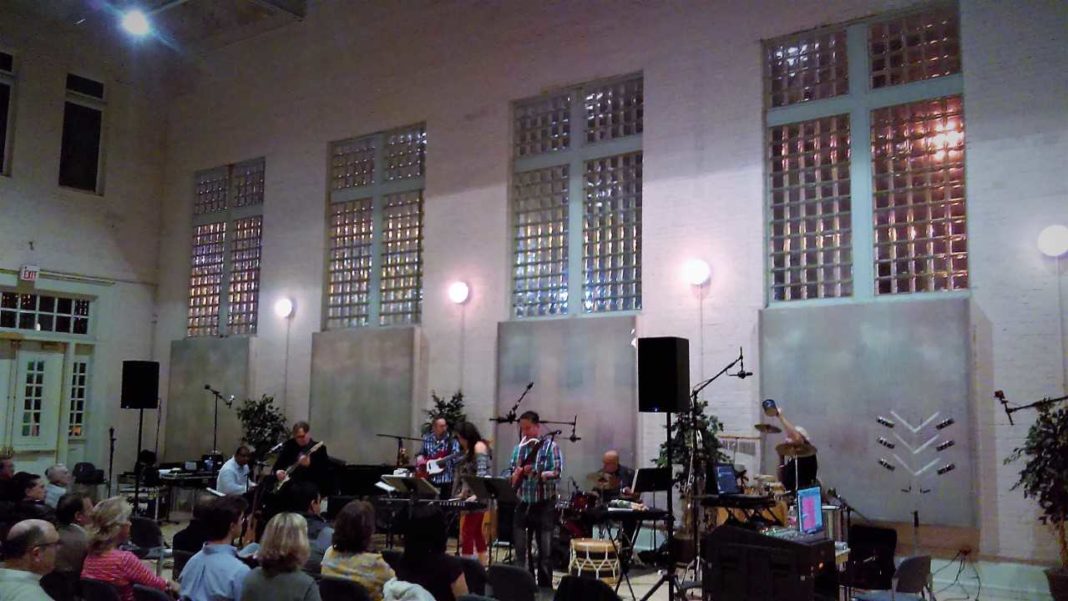 I quickly realized how firmly Brasuka’s music is rooted in musical tradition. The musicians’ collective understanding of Brazil’s many nuanced grooves reflects their intention to preserve the uniqueness of this music, which has progressively been watered down for better or worse since the bossa nova craze of the 60s. The majority of the performance focused on fresh, original material. “Samba Jiji” by lead vocalist and keyboardist Rosana Eckert, featured sweeping harmonies and an unforgettable backbeat. Eckert sometimes sang bebop-influenced lines while synchronously playing the line on the keyboard, producing a fruity, Lyle Mays-ish atmosphere. Percussionist Ricardo Bozas sang a beautiful original about one of his favorite beaches in Brazil. In the style of Paulinho Da Costa, he mesmerized the audience with his seemingly infinite number of percussive instruments, offering a glimpse into what he called a “fifth dimensional” experience. Pianist Denny Robinson also sang an original about the biblical fig tree, adding his own flair to the band’s sound with his direct vocals and perfectly-timed montuno patterns.

Bassist Brian Warthen provided rock-solid bass lines throughout. His choice to play a five-string bass added a certain depth to the surdo drums resonant of Marcus Miller’s recent work on the five-string bass. The band adjusted perfectly to a room that can easily wash out lower frequencies, pulling back its volume back for Warthen to take a few solos.

The band closed the night with the Sergio Mendez classic “Mas Que Nada.” Their rendition reminded me of Al Jarreau’s version of the song from his 1994 live album Tenderness.

Brasuka’s debut CD is currently being mastered and is set to be released later this year. If you enjoy exploring music of different cultures, keep your ears open—this group is definitely worth checking out. Best of all, and looking forward to similar concerts in the future, the Dallas Jazz Piano Society offers free admission to students with an ID.