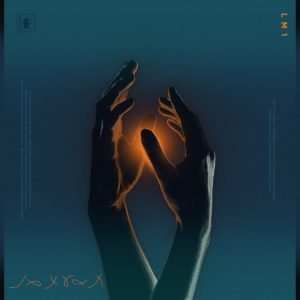 In today’s world of alternative music, everyone seems to be leaning towards the 1980’s and early 90’s sounds that came to establish alternative rock and even the sub-genre known as shoegaze. The guitar is more of a vehicle for delay and reverb effects and the synthesizer is the center of attention for the song along with vocals. The music fits with any teens’ lack of feelings and emptiness and bleak outlook on the world.

For the LA trio Lo Moon and their self titled debut album, they accomplish recreating these sounds that pay tribute to the bands that came before them while still giving some personal spin on it and keeping it modern.

The album is full of airy and light layers of soft guitar and synths, with simple pulses from the drums reminding you to keep breathing and not lose yourself in the sounds Lo Moon creates throughout. The overall feelings and sounds this album creates fit with what many shoegaze and current artists try to do – creating an almost meditative mood for the listener that can put them in a trance.

Arguably one of the best songs from the album, “Real Love,” doesn’t exactly follow the formula that their other songs do – quiet and somber verses with a little energy and “pop” in the chorus. The difference in “Real Love,” is that the upbeat chorus is dangerously infectious and the listener gets a lot of it, with some nicely played piano to fill in between the helpings. The song is different enough to make your ears perk up and recognize it, but Lo Moon still keeps the elements that make it fit with the rest of the album, like the soft tone in Matt’s voice and the airy and layered synths.

Overall, this debut is a good start to a career for Lo Moon and has this reviewer interested, but my concerns and critiques of this album has me a little cynical about the band’s future. Although this album has some great songs and musicality, it falls into a shoegaze stereotype of sounding monotonous and dreary to the point where the listener just loses interest. If it wasn’t for the change of pace in “Real Love,” I probably would have turned the album off and left to go do something else. Granted, some people like this style very much, but for me I might only be able to get through a few songs in one sitting before wanting to change to a different artist.

Another critique is that the album can start to sound generic in a sense that the songs sound almost too familiar. Many current and older artists blend the same airy and soft textures that Lo Moon do (such as The Horrors, Wild Nothing, Japanese Breakfast and Big Thief.) Lo Moon sound a lot like many other artists and begin to get lost in the crowd with some of their songs on this album. I wonder how Lo Moon will follow this debut up and be able to stand out of the crowd and catch our undivided attention.