Home Feature 15 Most Underrated Albums of 2017 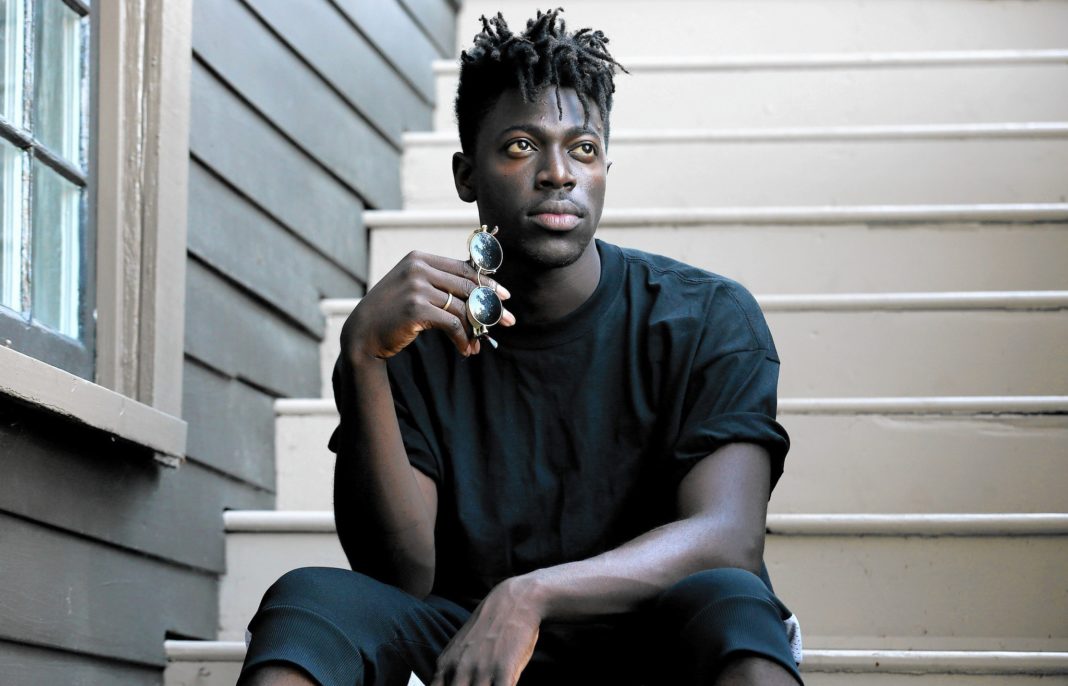 Thanks to the streaming-age of music, we have all of this music available to us at the touch of a button. However, with the sheer amount of music constantly being released, it’s easy to get overwhelmed and miss a lot of amazing albums. Luckily, this also allows us to quickly give these overlooked releases a listen. Below are Radio UTD’s picks for the most underrated albums of 2017 that deserve more attention, check them out. Pile – A Hairshirt of Purpose

Pile makes music that is jagged and harmonically unusual enough to be interesting without feeling alienating. Rick Maguire writes vocal lines that are both distinctive and addictive, while the band chooses chord movements that other bands just aren’t using. There’s an inherent tension to their delivery, but on A Hairshirt of Purpose, Pile plays with slower melodies that fit nicely alongside the classic, more chaotic riffs on the album. Elements like a repeated drum roll intro to several songs and the inclusion of a proper interlude track make A Hairshirt of Purpose feel more rounded out than their previous works. The result is a release that is cohesive in tone and packed with cathartic moments, worth checking out if you’re interested in the overlap between post-hardcore and indie rock. – Savannah Sherer The Mountain Goats’ frequently over-sanitized production leaves their records often falling just under the radar of people like us, but for the more patient listener, John Darnielle’s historical fiction will always keep you coming back. Goths is most likely the Goats’ most successful album that focuses entirely on one subject—an album-writing method the band has been known for attempting again and again—and after over two decades of self-recording, it’s no small feat that Darnielle’s watertight storytelling has only gotten sharper. -Matthew DeVoll With an acid blotter album cover and a reference to Project MKUltra, the infamous CIA attempt at mind control through psychedelics among other means, GT Ultra promises at the outset to send you on a trip. Drawing from a wide range of influences from punk to noise rock to dance, the 29-minute album is a whirlwind of grooves, shouts, dissonance, synths, bongos, and more. This is clearest on album standout “Skull Pop” — rapidly shifting tempos, pulsing synths, driving guitars, and fluctuating vocal styles make it one of 2017’s funnest jams. While the band has become more known for its rowdy live shows and jamming incorporations, GT Ultra also features some of Guerilla Toss’s most focused and harnessed tracks, such as “Dose Rate”, a psychedelic slow burner that lives up to the album’s LSD imagery. GT Ultra is the band’s second album through DFA Records, and it lives up to the spirit of the label by branching out dance music into a blistering and fun direction. -Zachary Boullt Fleet Foxes’ follow up to their 2011 release Helplessness Blues was highly anticipated, and they managed to come through with something unique and refreshing for the group. Despite the departure of Josh Tillman, they still created something experimental and slightly unexpected from them. Although Crack-Up is not being underrated in the traditional sense, it’s still on many publications year end lists, it’s constantly being put towards the bottom of the list, when it deserves to be much higher. Fleet Foxes took a risk with Crack-Up, and it really paid off. -Roman Soriano Priests has been historically known for having a somewhat skewed and squiggly take on punk rock, but I’ve always loved the direction those squiggles ebbed, and Nothing Feels Natural adds to those some newfangled curves and loops. Blending elements like saxophone solos and sensations of being on a game show, ‘forgettable’ would be about the exact opposite of what this work can best be summed up as, making it one of the best debut albums of the year. -Daniel Keane Mathew Lee Cothran’s Judas Hung Himself in America is a political album about loss, paranoia, and an individual’s place in society; all told through striking minimalism and altered vocals. Stemming from his recent sobriety and coming to terms with the loss of his grandfather, this album paints hope in a world full of life’s ugliest cruelties. Though it only runs 20 minutes long, it is vast and rich with pulsing synths, experimentally pitched vocals, and drum machines throughout. Judas Hung Himself in America comes through as one of the most uniquely beautiful lo-fi albums of the year. -Tyler Hormell Rocking an even-handed balance between dirty and tight production, Strange Peace highlights the power behind METZ’ three-piece arrangements without burying any member in the mix. Washed-out guitar, grimy bass, and raw vocals sit in perfect discord atop airtight drums, preventing the LP from becoming a muddy, distorted mess and bringing out the outfit’s technical mastery.

The album benefits not only from excellent production, but METZ’ thematic focus as well. A common thread of feverish tension welds the LP together song by song, connecting the seemingly disparate noise rock tracks into a coherent auditory onslaught. Whether segueing between the slow burn of pounding urgency on opener “Mess of Wires” or the aggressive swagger of “Cellophane,” the album never loses the plot. Each track builds itself upon an almost primal energy, a force which frantically builds throughout verses only to explode into screaming, full-out choruses.

Overall, Strange Peace puts forth a brutal 36 minute noise rock ride which refuses to compromise in its ferocity, yielding the LP as one of 2017’s most criminally under-appreciated and overlooked rock albums as a whole. -Benjamin Lunday

Sound of Ceres – The Twin Sound of Ceres, the indie supergroup made up of members of bands like Candy Claws and The Drums, continue to expand their sound without copying their past successes too much with The Twin. Whereas the last Candy Claws album, Ceres & Calypso in the Deep Time, felt like getting lost in a forest with furry friends lurking around, this album feels more like exploring an abandoned spaceship. – Emilio Chavez Gaining popularity through Twitter and other forms of social media, Rex Orange County has slowly been gaining momentum throughout the year. Many may recognize him from Tyler, The Creator’s Flower Boy, where he’s featured on several songs. Apricot Princess is a lo-fi rock album about young love and it’s many intricacies, that has many flashes of passion, with incredibly catchy tunes and emotional moments of both despair and hope. Since it’s release, the 19-year-old has put out a steady stream of singles, and we’re excited to see what he does next. -Roman Soriano Moses Sumney’s Aromanticism draws inspiration from a variety of genres, combining them into something truly unique that draws in a wide variety of listeners. It starts off with a gospel choir before diving in head-first into an atmospheric acoustic guitar track, coupled with Sumney’s rich vocals that have him contemplating a failing relationship. Much of the lyrical content and his singing style will appeal to Daniel Caesar fans, but some of the later cuts will also attract in Radiohead fans, with it’s sparse, breathy production. It really is a unique blend of styles, and is more than worth your time checking out, I’m sure this is only the beginning for Sumney. – Roman Soriano Pretty Little Bird, The Holy Dark’s debut album, is surprising, melodious, and anything but stagnant in style. John Miller really doesn’t tie himself or his band down, experimenting with different instrumental approaches to complement his voice. “Sleeping Inn” surprises with the sudden use of piano with a voice filled with regret. “Just Wait” punches that “gloom” aspect of Gloom/Folk that this band aims for. The occasional eerie mood within his music, most prominently with “Backfire”, works perfectly to embody and establish their sound as that genre. Their sound has got noticeable folk, punk, and blues influences, along with melancholic lyrics and a bittersweet voice.  This album is perfect for a moonlit drive, looking out a window during a rainstorm, or a walk through the park when all you want to do is contemplate humanity’s complex intricacies. -Amanda Maceda Reassemblage will probably be the most unique sounding instrumental album you will hear out of 2017. Drawing equally from Japanese ambient composers as from American synth pioneers, Visible Cloaks have crafted a sonic palette that conjures images of everything from meditation circles to intergalactic travel. This Portland duo’s sophomore record, more than most electronic albums from this decade, has fully lived up to Brian Eno’s landmark ambient principles: it’s very pleasant in the background, while also becoming more and more fascinating as one listens closer. -Matthew DeVoll Dent May – Across the Multiverse

Filled with outer space imagery and synthy, dreamy, sometimes even psychedelic production, Across the Multiverse has a strong futuristic feeling to it. Touching on topics of unrequited love on the pursuit for affection creates an almost hopeless atmosphere, with our “protagonist” so to speak being beat down by the atmosphere, struggling to ever find love. This paints an image of a lonely man traveling throughout space, exploring the universe on the search to find love. Along with the synthy production, Dent May incorporates a lot of guitar, piano, and horns to keep the music grounded, not quite in a typical sci-fi movie world, but a world that’s closer to ours, with sounds that are much more familiar and comforting. -Roman Soriano Ultralife is Oh Wonder’s second album, written and produced entirely by Londoners Anthony West and Josephine Vander Gucht, who make up the entirety of the band. The duo mixes r&b, electronic, alternative, with simplistic emotional lyrics to create a nostalgic atmosphere. Their debut in 2015 brought them a lot of success and a long tour, and Ultralife plays a similar tune with beautiful storytelling and minimalistic poppy melodies that are easy to get lost in despite it’s simple nature. Ultralife contains a varied selection of tracks, ranging from pensive and gloomy, to more upbeat songs that make it hard to sit still. – Jennifer Good Hip-hop is now the most popular genre of music in the US, but with a scene that’s oversaturated with trap-influenced beats, it can take some digging to find something that’s truly unique and separate from the rest. Smino’s blkswn is one of these albums. It’s dreamy, psychedelic, and everything in between. The sounds of this album ooze into your ears slowly, and almost makes you feel like you’re on a cloud. This can be attributed to Monte Bookers unique style, that pairs incredibly well with Smino’s flows. Despite being his debut album, Smino proved just how much potential he has, and displays the technical skills he has both in rapping and singing. -Roman Soriano