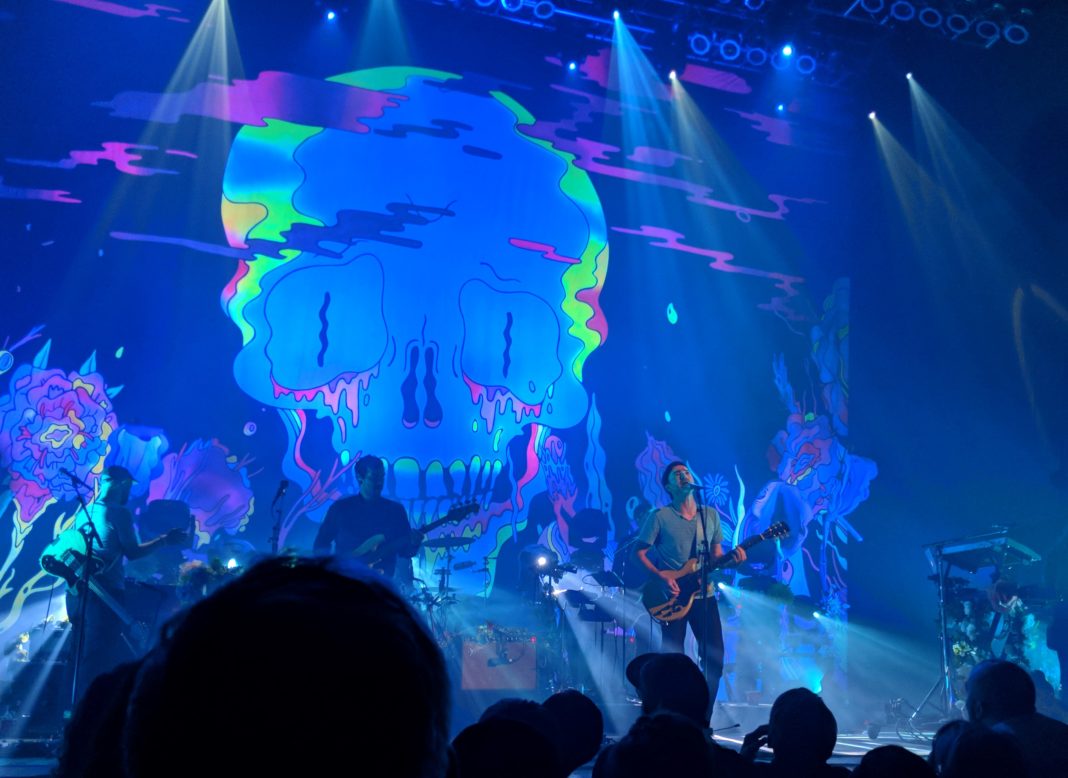 The Shins sold out at the House of Blues Friday night. Their recent album, Heartworms, has drawn even more attention to a band that’s been consistently releasing quality music for sixteen years. This is all thanks to their phenomenally talented frontman James Mercer. His voice has such an incredible range, frequently dancing on the high end of the spectrum while later retreating to lower, breathier tones like in “Mildenhall.” He’s been quite busy with The Shins as well as his more dance focused group, Broken Bells. Fans flocked to the House of Blues to experience his beautiful voice in person.

Baio was the opening act, and is the DJ name of Chris Baio who is well known as the bassist for indie sensation Vampire Weekend, but he is much more than a DJ or a bassist. Chris claimed the name for his two man dance / synthpop group in 2015. Baio is infectiously groovy and cheesy fun. This was read all over Chris as he shook his hips to a backdrop of his hilarious music video for Man of the World. He quickly drew in a crowd that probably didn’t show up for him, and garnered a real audience. People loved his titillating, comical lead that extended throughout the entire set. This show brought more recognition to this exciting new project that truly deserves it. The Shins ran with their visual aesthetic from their newest album to decorate the stage. Large paper mache flowers were strewn all around. Once they started their song “Name For You,” the enormous curtain behind them dropped to reveal a freaky glowing skull that towered over them for the rest of the performance. This established an eerie atmosphere that didn’t necessarily suit their sound, but was really interesting nonetheless. Mercer put on quite a varied, impassioned show. Most new songs were sung with slight variations from their studio recordings. Later in the set songs like “New Slang,” “Phantom Limb,” and “Simple Song” finally broke the pent up anticipation of the audience and erupted into excited screams and shouts. Despite the thousands of times Mercer has probably recounted his most famous songs, he was genuinely enthusiastic about each hit. There was a resounding ovation from the crowd after each and every song, which seemed to impress even the music veteran that Mercer is. The Shins have a place here in Dallas, and hopefully they will return soon.