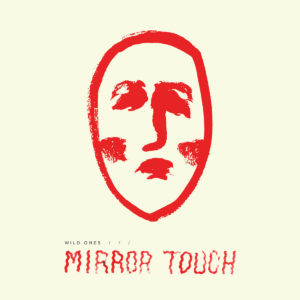 Portland based musicians Wild Ones are known for their unique dance-pop-electronic sounds that are too catchy to miss. With their latest album release, Mirror Touch, Wild Ones meet musical anticipations and even exceeds expectations. This 30-minute, 10-track collection is rejuvenating, self epiphanizing, and very much needed in times of trouble. This is the soundtrack listeners never knew they needed.

Wild Ones feed starved fans with the characteristic lively drum crushes, moving synth waves, and sweet minimalist electronic touches. On top of all the magic, Danielle Sullivan’s unique voice and lyrics ties everything perfectly. Together, Mirror Touch sounds like a godsend created specifically for the chaotic year of 2017.

First of all, the names of the album and first released single “Paresthesia” are very intriguing. Mirror Touch signifies a sort of physical empathy simply by observing another person go through the feeling. For example, an observer feels pain while watching their friend personally go through the pain.

Cryptically related, “Paresthesia” refers to a disorder where a patient feels a pins-and-needles prickling, numb sensation. In an interview with Born Music, Sullivan expands on how she wrote this song during a time “when anxiety was ruling [her] mind,” explaining how she finds relief in connecting a “frightening time to a song,” and dissociating emotions “as if they belong to someone else.” This being the first single released, and the first track of the record, the project immediately gets personal with arguably taboo topics and emotions, inciting a want to open up and get vulnerable as well.

Each track on the record has a unique sentiment that listeners can automatically relate to. Along with the immediate connection, there are some tracks that are mentally interesting, such as “I Wanna Be Your Man,” in which Sullivan sings in the perspective of another gendered person. Alongside the effecting lyrics, the music is impressionistic, fitting with whatever message Sullivan sings about.

In “Standing in the Back at Your Show,” there is a concert vibe with echoed guitars and her ambient voice, adding to to the theme of an unattainable lover. Even the minute-long interlude “Night Shift” sounds like an atmospheric night drive, cruising and relaxingly dark. If it’s an explosive feeling, there is explosive music, pensive words with pensive sounds, mischievous lyrics with mischievous instrumentals. Wild Ones can pull in listeners with their amazing synthesis of lyrics and musicianship.

Mirror Touch feeds sugar in the form of pop and adrenaline in the form of electronic dance. Alongside the energy, the album spills the human feeling of hurt in the form of sweet instruments and words. The 10-track work of art draws out emotion that listeners never knew they were feeling, relating to everyone’s personal pasts and hardships and loves. In the length of 30 minutes, a soundtrack surrounds a vivid image that listeners can easily visualize in their mind, alongside Sullivan detailing an excerpt of anyone’s biography. Too short of an album, Mirror Touch is a much-needed release, a catalyst for listeners’ craving for more.