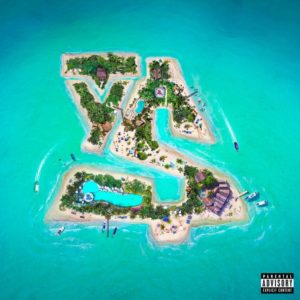 Ty Dolla $ign’s latest edition of Beach House is interestingly placed into 2017. Rather than in the middle of summer, why was it released in the last days of October? The lyrics and vibes just do not mesh well in cuffing season. The ocean blue island paradise album cover doesn’t fit the mindsets of listeners at this time of year (when Christmas music is literally right around the corner). Maybe this is the advertising technique of Beach House 3: to entice and take listeners back to carefree, warm summer days of 2015 where no one cared how times people dabbed. Nevertheless, this lengthy 20-track 51-minute collection is, to say the least, worth the listen.

Upon first listen, there is the first instinct of a nose scrunch. It is not surprising for listeners to roll their eyes at the stereotypical lyrics. There is nothing too special at all about the words in each track. There are plenty of songs about getting famous and fake friends in for Ty’s money, but maybe that’s why he wrote the lyrics the way they are: to appeal to the mainstream. This type of lyric is the epitome of today’s music era. There are plenty of tracks that romanticize the main chick and side chick situation, stealing someone’s girlfriend, and all the risky unhealthy habits of fame. These lyrics are perfect for the mainstream radio.

After maybe getting through the first five tracks, listeners find themselves surprisingly dancing along, with a stank face of “this is lit.” The beats are never-endingly bouncing. The trap beats feed candy in ears like sweet explosive pop rocks. The melodies mix in smooth R&B, rap, and pop, drawing in all types of flavors that listeners want. Each track is so swayingly catchy that the album is unconsciously being played on repeat. There are songs that are very reminiscent of hype rap in 2015. If Vine was still alive, there would be multiple viral videos centered on these songs. At the same time, there are modern fads going on such as the popular Caribbean rhythms in “Side Effects,” vintage funk in “Ex,” and bedroom beats in “Message in a Bottle.”

Maybe what makes Beach House 3 so diversely fun is the number of artists involved. Ty Dolla $ign collaborates with well-known rappers such as Lil Wayne, Future, and YG. Furthermore, there are artists that are from other genres such as Pharrell Williams, Skrillex, and Damian Marley. With this platter of wide music ranges, there is definitely a song for any person remotely interested in Pop Rap, alongside the better chance of a track becoming a hit single.

Beach House 3 is a musically appealing, fun, and light collection. The album can be played on repeat over and over again for a simple night in, or an upbeat morning pick me up. The album could be placed inside a time capsule for future generations to pick up after 20 years to say, “So this was what late 2010s music sounded like.”