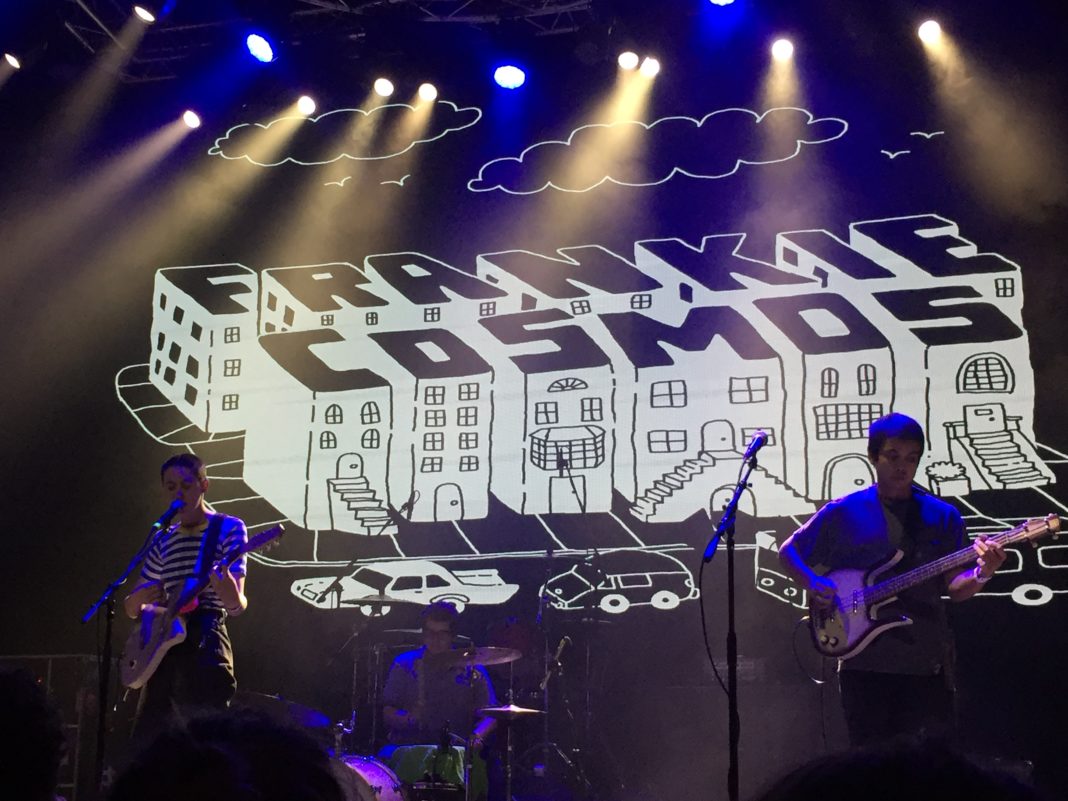 Collectively, the artists did a great job, especially considering the circumstances. For example, Surf Curse had their small crowd moshing as hard as they could from start to finish. But seriously, for the most part the bands didn’t seem at all well-loved at this event. The size of the audience ranged from zero to seventy-five people at each set, even though there was enough room for ten times more. To top it off, the acoustics on both the indoor and outdoor stages were not good, and most of the artists introduced themselves with a weird, nervous laugh or side glance that conveyed their embarrassment to be playing there.

The fest itself seemed to be well-planned, if a little short on vendors. Still, there were multiple food trucks with vegetarian and vegan options, an SPCA truck with puppies to adopt, and several clothing booths. There was an amateur skateboarding contest that held the attention of a handful of the festival-goers between sets, and the cash prize was considerable. The tickets were cheap, the staff was laid-back, and it’s been all over social media for weeks. Everything seemed to be in its right place on paper, but at the end of the day, attending was definitely more of a chore than anything else (think: Mr. Krabs’s makeshift amusement park. Krabby Land? It was like Krabby Land).

Of course, the people who actually did come stuck it out until the end to see Bowling for Soup, if only because they felt like they owed it to their fleeting youth. Frankie Cosmos played a lengthy set just before that, putting the audience in a wistful mood that prepared them to entertain the bittersweet memories of said fleeting youth. Plus, Frankie’s sets are amazing, because all the songs are a minute long. You get to hear all the bops!

Overall, there were several issues with Skate or Die that made us want to… well… not skate. But none of those issues had to do with the actual lineup of artists or skaters. Better luck next year, Gas Monkey, and thanks to everyone who gave their all despite who was (or wasn’t) watching.