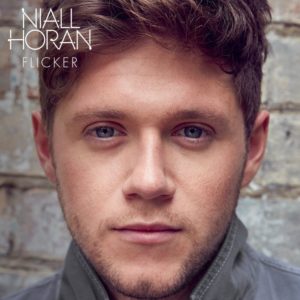 Even though all One Direction members had gone solo, there are suspicions that album release dates are coordinated between the members on hiatus. Summer was the season of Harry Styles’s debut, and now autumn is the soundtrack of Niall Horan’s debut. Nevertheless, Horan’s much anticipated album Flicker released on a high note. Throughout the year of 2017, he released two singles “This Town” and “Slow Hands,” which received praised reviews. The album overall has the staple acoustic singer songwriter atmosphere. Amidst the radio tunes of electronic pop and beats, Flicker is refreshing and reminiscent of forgotten acoustic light rock.

Throughout the decades of changing music, light rock has taken on a different meaning. Horan utilizes guitars that are either brightly unplugged or gently electric. The drums are steady and moving, energetic enough to not be overwhelming: a classic pop soft rock beat. There are a couple tracks who have a ballad feel, playing stable piano chords that stir sentiments. Horan’s voice is strong and moldable to whatever feeling he tries to portray. There are some songs that he sings folky, others that have a slight soul rasp, even songs that have a country vibe.

The tracks have a large focus on the lyrics rather than experimental musicality. There are many songs that sing about the pain that comes with heartbreak. Typically, about a relationship that was once magical, there are staple lyrics such as in title track “Flicker:” “I’m afraid that what we had is gone.” On the other hand, there are a few songs about the happy aspects of love (that can be resonant with One Direction’s lyrics), such as in “Since We’re Alone:” “I love you the best when you’re just yourself // Yeah, you’re everything I want.” The lyrics are simplistically written, not needing a lot of brain power to comprehend. Maybe inartistically sweet lyrics are what is necessary for pop singers to be relevant and played on the radio. Nevertheless, his words are relatable and easy to click with listeners.

Horan can definitely be defined as a song writer, having his name as a writer on every one of his tracks. Still, the album has many collaborators and writers involved in each song. Not surprisingly, Horan worked with writers for One Direction such as Matt Rad and Jamie Scott. Furthermore, there are some unexpected collaborators such as renowned Greg Kurstin, Dan Wilson, and Tobias Jesso Jr. With Horan being the main song writer for the album, the help from many writers truly bring everything together.

Though Flicker isn’t exactly revolutionary or even distinctly different than some artists on the radio, Horan still gives an album that is perfectly autumnal. It stays safe with stable percussions, comforting guitars, and even sweeter lyrics. Aside from the folk-pop genre, the main attraction is definitely Horan’s unique vocals that melds folk, country, and pop-rock all together. It’s a nice debut album that not only brings diversity to the electronic-pop driven mainstream, but also to the musical variety of the One Direction band members’ solo works. Despite the title of the album, Flicker is definitely going to stay more than just a mere flicker.