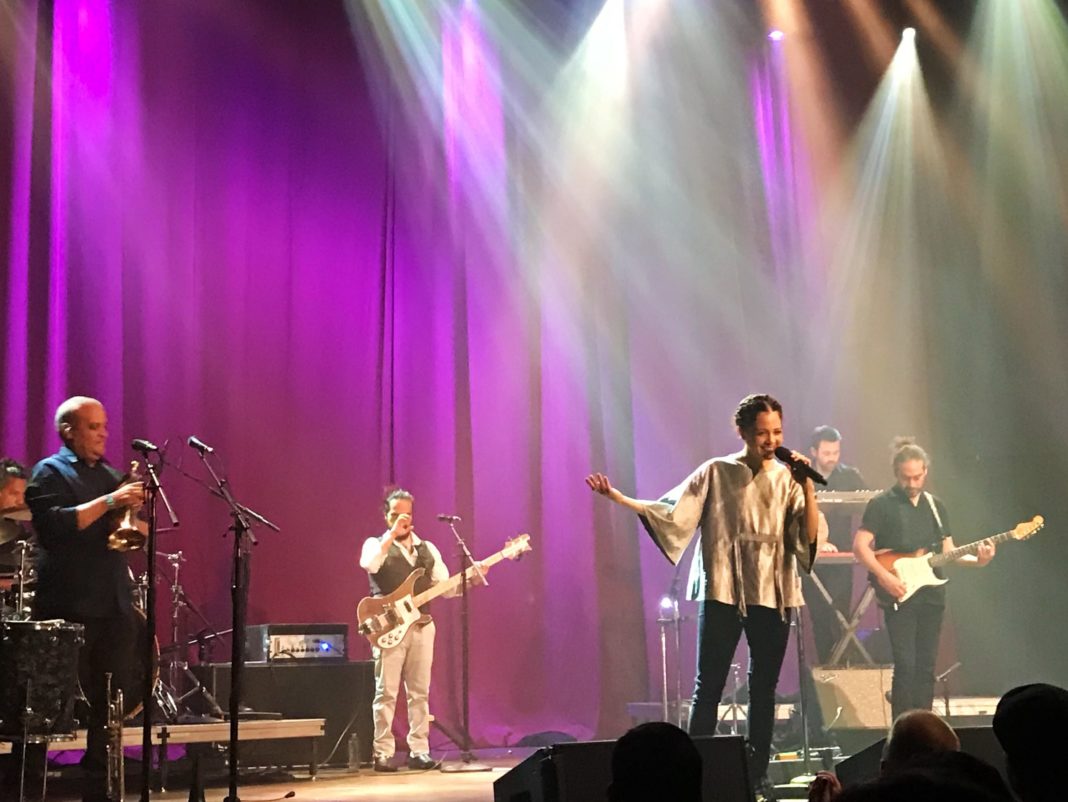 Natalia Lafourcade, who’s been making waves in the latin music scene since her debut single “En el 2000” hit the charts in 2002, made her Dallas appearance at House of Blues. Since her last stop, Natalia has released an album titled Musas. Her latest work sees the singer re-interpreting classic Latin-folk favorites and adding a flair of indie-rock tinge to them while maintaining their essence. The theme of her Latin-Grammy winning album, Hasta La Raiz, which translates to To The Root, seems to have permeated into her latest work which aims to reconnect to her own Latin-roots, but this time the intention is to introduce folk-staples to her more pop-oriented audience. The soothing voice of the Mexican-native singer felt like an appropriate way to ease the transition between the hustle and bustle of the weekend and the imminent Monday blues. Lafourcade opened her set with songs off her much acclaimed album, Hasta La Raiz. The self-titled track elicited a cheery outburst from the crowd and ensued a sea of cell phone screens raised up to capture the singer prancing around on-stage to her hit-single. Lafourcade was joined on stage by a full band as well as a trumpet player. The full band lacked the energy that she possessed but aided in highlighting the artistry of the singer-songwriter

In between songs Natalia engaged with the audience by offering up tidbits of her inspiration behind songs like “Palomas Blancas” of searching for inner peace in turbulent times. on-stage quips about having the last laugh for songs like “Ella es Bonita” the restless crowd and massive venue, took away from what should have felt like an intimate gathering amongst friends and confidants.

The recent catastrophic events that struck Mexico and the current anti-latino political climate made the message of “Mexicana Hermosa” and “Tierra Veracruzana” feel the more poignant amongst attendees who were attentive and in awe at the mastery and elegance of these songs and their message. The set featured songs from throughout her almost 15-year long musical career and closed with “Tu Si Sabes Quererme” which is the type of lively punch the encore set lacked amongst a mass of slow-burners.