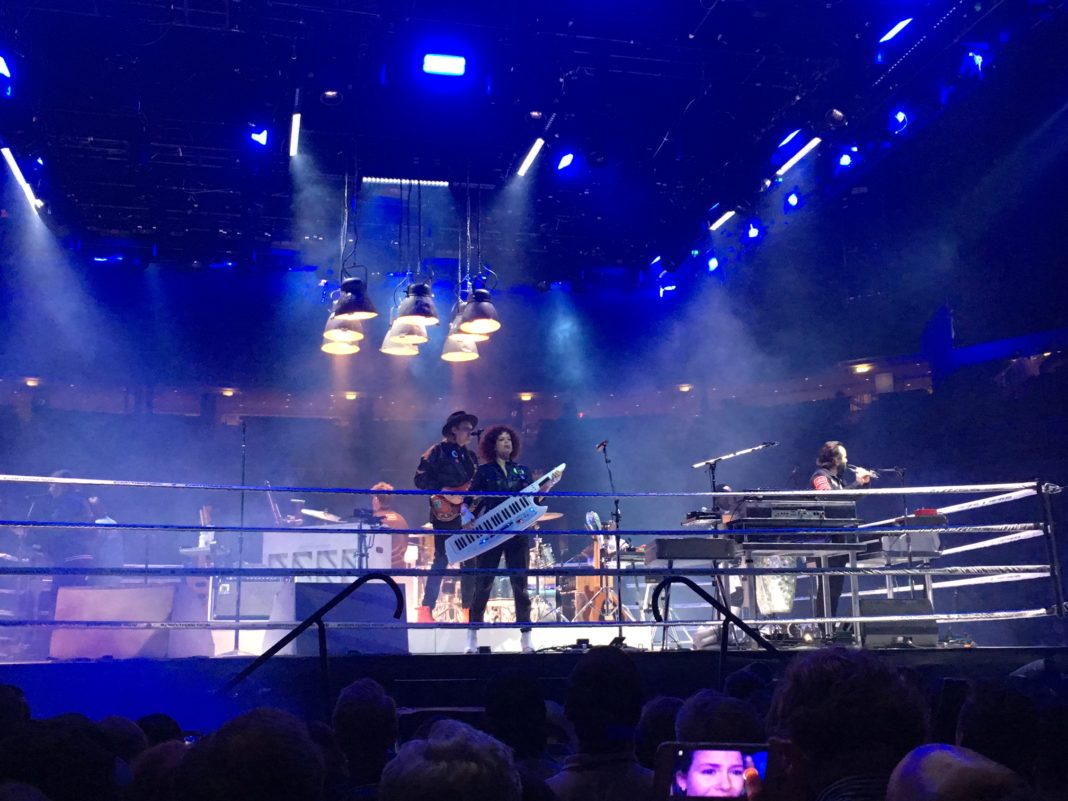 As a disclaimer, I am a hip-hop fan who revels in negativity, with a strong anti-crowd disposition. Not that I’m not an Arcade Fire fan, I felt those freedom of youth vibes once, I cried during Where the Wild Things Are. Still, as far as me giving a rating goes, Arcade Fire is at a little bit of a disadvantage.

The American Airlines Center is pretty rad. They keep it really cold. Even in the pit I was wearing my hoodie for an extra layer of separation from all the parents around me. Everybody had personal space and room to dance. It was weird as hell, not the rules I’m used to. There was this one bad apple, this drunk guy kept trying to kiss strangers and one time a parent dropped down on him like an eagle of death. Parents made up about 40% of everyone in attendance, and they delivered some pretty uncomfortable vibes trying to make sure that their 11 year old son could see over the crowd. See over the crowd? This little kid is like 5’4”, he’s not gonna be able to see like five more years if he doesn’t push to the front. What am I supposed to do about that?

I didn’t go nuts over Arcade Fire’s newest joint Everything Now, straight up I don’t know many people who did. All the ingredients were in the pot for some hot Arcade Fire stew, but I thought the album tasted kind of sterile. The parts of the tracks in the forefront just didn’t resonate with me, I felt like they were repetitive without being catchy. The live versions of their new stuff really had a grittiness that showed me a perspective on them I hadn’t had before. I’m over here in the crowd jamming out to “Creature Comfort” like it’s “Reflektor” and hell no I’m not apologizing. They had their bangers like “No Cars Go” and slowed it down with “Neon Bible” and a live version of “We Don’t Deserve Love” that was pretty as heck. Their stage presence was like watching a bunch of aliens running around on emotional highs and lows and I got a lot of really nasty looks when Regine Chassagne was brought to her knees by emotion and I started laughing. More evidence that this is beyond my comprehension. I’d check it out again, if you were paying.