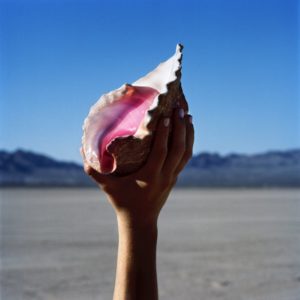 The newest Killers album is the best they have been in awhile, but probably does not contain any “Mr. Brightside” or “All These Things That I’ve Done” hits. Lead singer, Brandon Flowers, is still pushing and leading the band down their 80’s inspired, stadium-anthem, indie rock style, but despite the effort, it has been years since they have produced a truly inspirational hit. The Killers have been going nonstop between recording and touring for so long that guitarist Dave Keuning and bassist Mark Stoermer both don’t tour anymore and only record. Brandon Flowers moved in the other direction, recording a solo album and touring with it in 2015 while the rest of the band took a break, and now has released Wonderful Wonderful just after another tour.

In comparison to their last full album, Battle Born, Wonderful Wonderful is more reminiscent of older Sam’s Town and Hot Fuss which is a welcome direction. The album is 80’s disco rock at its core, a classic staple of the Killers, and less straight rock as the previous album had been.

Though they don’t explore new directions musically, Flowers makes up for it emotionally. Wonderful Wonderful addresses his mental state about his personal and musical life more than I would say any album of The Killers has previously. Underneath the grandiose style that is a benchmark for any Killers song, the lyrics and emotion addresses ideas of masculinity, redemption, and frustration.

“Run For Cover” addresses feelings about the Trump administration, expressing “all you do is shame us/ It’s even harder when the dirtbag’s famous,” and tells people to run, expressing his and many other’s frustration about our current political situation. This is just the start of a more message driven Killers album in comparison to their past work. For example “are we human or are we dancer” and “I’ve got soul, but I’m not a soldier” are two of their most popular lyrics, but personally I find little to no meaning in them.

“The Man” goes even deeper into his psyche. He calls for the need of control through traditional masculinity concepts of power and stability, which could be in response to his wife recently being diagnosed with depression and his need to take control of that situation with three sons to take care of as well. “Tyson vs Douglas” also addresses this situation, relating his anguish over a man losing the fight and states “My boy and his mother and I think of me/ I’m feeling the slip again, I don’t wanna fall,” which may be directly about his situation.

“Rut” and “Have All the Songs Been Written” both address his writer’s block and his need to keep going, but worry that he may have moved down the wrong path. He asks “Have all these years been worth it/ Or am I the great regret?” to question if he has gone in the wrong direction.

Despite all of the self analysis and questioning I think this album is definitely not a regret, and adds good, new additions to their collection, though the songs do fit very comfortably within their usual style. The band may be slowly fracturing, and not quite living up to some of its past glory, but I and many others are not ready for the end of the Killers.