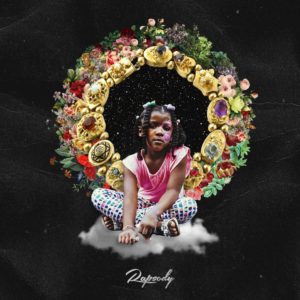 You may recognize Rapsody’s voice from her feature on Kendrick Lamar’s track “Complexion (A Zulu Love),” or her part on Anderson .Paak’s “Without You.” In my opinion, her part on “Complexion,” really made the song as good as it is, but despite appearing on these albums, she’s never gotten much attention for her solo work. Hopefully her latest release, Laila’s Wisdom, changes this.

The production on it has a lot of jazz and soul influences, which really guides the overall sound of the project nicely. “Complexion” is a good indicator of what her sound is like for those who are unfamiliar with her, especially since Kendrick’s To Pimp a Butterfly had a lot of the same jazzy sounds. I mention Kendrick so much because it’s clear that Rapsody takes a lot of inspiration from him, and he’s featured on the second track, “Power,” along with Lance Skiiiwalker.

“Power” is a dense track that touches on a large variety of topics, such as cultural and social issues, as well as things that hold power. Lance provides the chorus which goes “I feel your energy/It’s coming through,” and Kendrick supplies a technically and lyrically impressive verse as is expected from him. He makes it conversational by saying “Let’s talk about power,” or “Let’s talk about the life of celebrity/Verses integrity,” which makes his verse feel conversational. This whole track highlights each artists’ individual strengths, and makes it one of the most powerful tracks on the project (pun intended).

Many of the songs that follow also touch on important social issues, a prevalent part of hip-hop. “Black and Ugly” has Rapsody speaking out against racism as well as beauty standards that are imposed on women. It’s essentially a track where she’s calling out everybody who’s trash talked her for her race or looks, and retaliating with lines such as “My hair don’t look natural so they question my blackness/Rachel got over, guess that’s a fucked up standard,” and “Black and ugly as ever and still nobody fine as me/No one been as kind as me/Only one kind of me.”

Another stand-out cut, “Sassy,” has a lot of interesting elements in the production. It takes a lot of funk influences, and incorporates a lot of short vocal samples that serve to embellish the track. Rapsody weaves her words over the production, varying her flow every few bars to keep it varied, and does some sing-rapping as well, like on the chorus.

Rapsody showcases her storytelling abilities on “Knock On My Door,” a song about a crush she has on a guy, and how he makes her feel. It includes a few skits in between the verses that help to complete the story of what’s going on. She alternates between stating her thoughts and feelings, and conversations with her love interest, showing how she talks to him and tries to tell him how she feels without being explicit about it. She is earnest and makes herself relatable, which helps listeners connect with her, describing thoughts such as “I know he see me. I mean I dress up to make sure he see me, he gotta see me right?” We’ve all been there at some point, but these feelings are rarely expressed as sincerely as this.

Unfortunately, the closing track is one of the weakest links in the project. There’s nothing wrong with Rapsody’s rapping or her lyricism, both of which are executed well on this track. However, the beat does not suit her or the rest of the album. It has a lo-fi sample that occasionaly sings “It’s time to go home,” sometimes after some of her verses to complete the thought, and also includes white noise to add to the lo-fi feeling. On its own, the beat is not all too bad, it just doesn’t suit Rapsody and really sticks out compared to the rest of the album. The vocal sample is nice, but it repeats too often, sometimes singing over Rapsody and distracting from her words.

Rapsody has found her niche sound that’s she excels at, and shows off how talented she is on this release. She’s got good lyricism, interesting flows, and strong storytelling, and all the features on it work really well; each of them fits in nicely with the production style, and add something important to the track. Laila’s Wisdom is worth listening to, and hopefully Rapsody will finally get the recognition that she deserves.