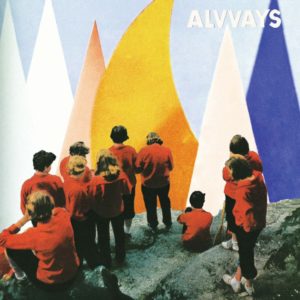 Toronto-based fuzz rockers Alvvays are the soundtrack of the quarter-life crisis; they have a knack for creating music that makes you feel abandoned, yet okay with it. If there’s one thing the band refuses to abandon, it’s their aesthetic. The pressures of catering to this aesthetic they have meticulously crafted for themselves, however, proves to be a detriment on their second LP, Antisocialites.

What particularly stood out about their first album was this abject teen in an indie film lyricism, capturing that special brand of millennial dejection culminated in the feeling of the word “almost”. The tracks were cohesive, but not indistinguishable in sound. Rather than a complete narrative, singer-songwriter Molly Rankin asserts in a Stereogum interview that the second album serves as a collection of vignettes. In an effort to turn a movie into a series of short trailers, however, you often lose some of the most notable and moving parts of the film; this is not to say that this is inherently a bad album- it is typical of these indie bands that gain popularity before a proper album release.

I am reminded of Room On Fire- highly anticipated but with thoughts that end mid-song. “Hey” starts with a psychedelic riff and a chunky bassline, but quickly morphs into another fast-paced song. In albums like these we are reminded why track-listing is important- though songs sound alike, they do not flow easily. Perhaps this could be attributed to the vignette theory, or perhaps it is an effort to please fans.

The album is about the same length and pace as its predecessor with a touch more jangle and bedroom pop influence. It shows a return to the comfort zone of the band, and perhaps this isn’t a bad thing- am I being too picky for expecting them to push the envelope? In an industry dominated by the pressure to adapt and change, Alvvays reminds us that it is ok to recede into the self that we know, the self we are comfortable and familiar with. This only is a problem when I listen to the album and remember it as a haze of fuzzy guitars and soft female vocals. They recede a smidge too far into the sound that fans love, and in this attempt give up what drew the crowds in the first place.

Overall, the album is also more shiny and sleek in sound than its predecessor. In tracks such as “Plimsoll Punks” I feel myself transported to clammy summer nights sticking my head out of the window of a moving car. The ending provides an almost Undertale-esque key bit, that, though out of place, makes me feel like I just found my Gameboy at the bottom of a dusty bin. The elements I thoroughly enjoy at the conclusion of the song carry on to the final song of the album “Forget About Life”, where Rankin’s soft vocals lull you over a refreshingly simple and slow set of keys. The weight of the world falls off my shoulders, and I too forget about life and drown slowly into fuzzy bliss.